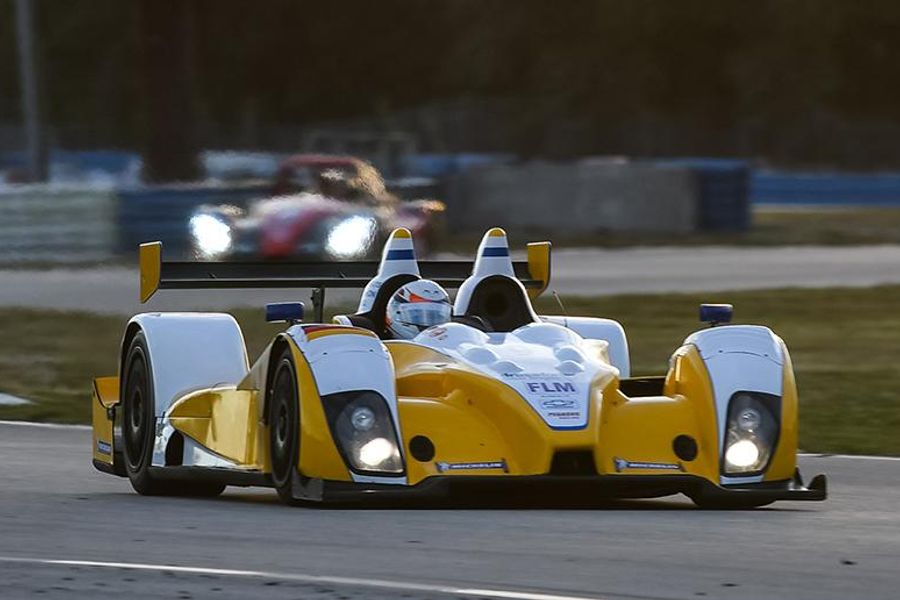 The HSR Classic Sebring 12 Hour, Pistons and Props, is an on-track and on-the-runways celebration of the 12 Hours of Sebring and historic Hendricks Field, the military and civil aviation facility on which the famous sports car race has been run for more than 65 years.

The Classic Sebring 12 Hour features four full-days of HSR historic and vintage sports car racing and a full "fly-in" and display of equally iconic military and civilian aircraft from the last half century and beyond. The full weekend also features the Sebring Historics, the final rounds of the full-season 2018 HSR WeatherTech Sprint, B.R.M. Enduro Challenge and Sasco Sports International/American Challenge series.

On-track action began with an unofficial test day Wednesday before four full-days of official competition starts Thursday for both the Classic Sebring 12 Hour and Sebring Historics.

Juan Lopez-Santini, the 2015 HSR Driver of The Year, makes his 2018 HSR debut this weekend in the 2011 No. 74 Porsche 997 GT3-R run by Alter Ego Racing with the support of 901 Shop. Lopez-Santini will solo drive in the full Classic Sebring 12 Hour in the Rob Blake-owned No. 74, competing in Group C for top honors in the GT classes while also having a realistic shot at a top-five overall or better finish.

Another Classic Sebring 12 Hour potential podium finisher wasn't even planning on competing in this weekend's race until he received a Thanksgiving-day phone call less than a week ago. Eric Filgueiras met Mirco Schultis at this past April's HSR Mitty at Road Atlanta and was very thankful to get a Turkey-Day call from him last week with an offer to drive his 2009 No. 9 Oreca FLM-09 Prototype Challenge "PC" car in the Classic Sebring 12 Hour.

Filgueiras is just 24-years-of-age but has been racing for nearly 20 years after starting as a young child in go-kart competition. The Schultis-owned Oreca the duo co-drives is prepared by Starworks.

The Classic Sebring 12 Hour features four period-correct Run Groups that will each take to the legendary Sebring International Raceway four times this Saturday and Sunday. In tribute to Mobil 1 Twelve Hours of Sebring, which will be run for the 67th time this March, Saturday's schedule features 12 continuous hours of racing straight into the night. Each Run Group will take to the track three times Saturday before returning late Sunday morning for the fourth and final races of the weekend that will decide this year's Classic Sebring 12 Hour winners.

The on-track HSR racing action is just part of the Classic 12 Hour at Sebring, Pistons and Props. Still in part an active airport, Friday afternoon will once again see the arrival of vintage aircraft on one of the Sebring runways. The planes will later taxi into the paddock to be displayed right alongside the historic race cars through Sunday morning. 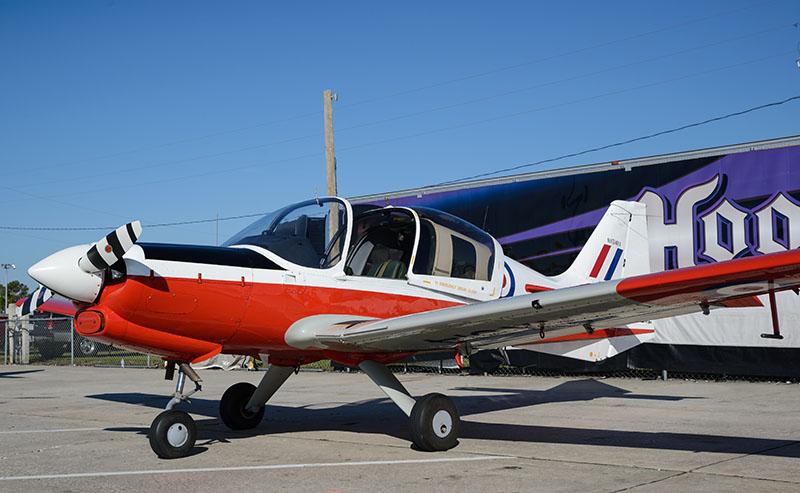 Among the returning planes expected at Sebring - and one of the newest even at 45-years-old - is a British-built 1973 Bulldog 120.

Bulldogs were manufactured by Scottish Aviation LTD, and this particular plane was initially exported for use by the Ghana Air Force. After a short career as a trainer, the Sebring-bound Bulldog was purchased and relocated to England where it was restored and painted in British RAF XX514 livery, a tribute to the original XX514 that was written off as a total loss in September of 1986. The plane came to the U.S. in 2013 and, after initial stops in Michigan and Arizona, now resides in Florida and is regularly flown by owner Tony Green.

Thursday's schedule at Sebring includes qualifying sessions for the Classic Sebring 12 Hour and the Sebring Historics in addition to the first three races of the weekend.