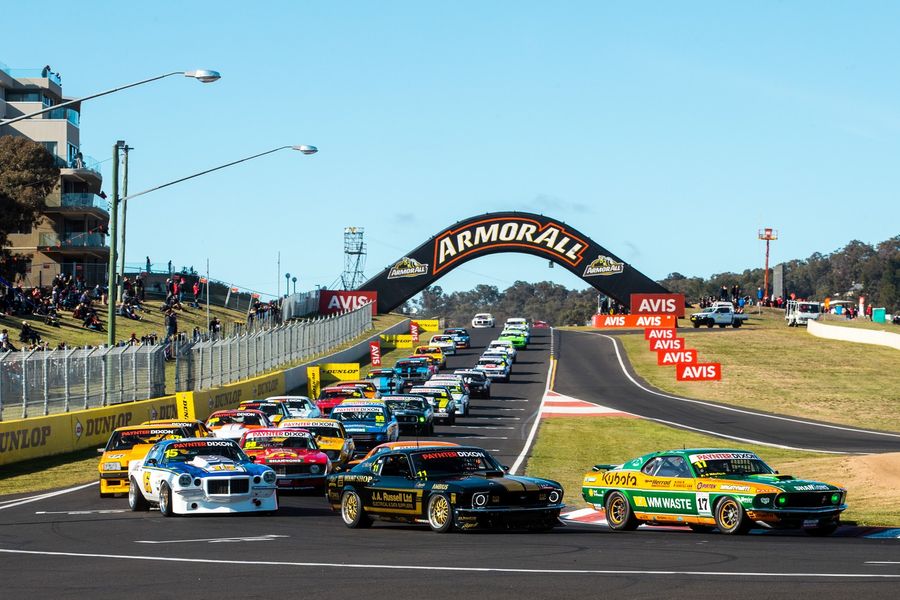 New Zealanders may have finished first, second and third but it was Australia who prevailed in the Trans-Tasman Paynter Dixon Touring Car Masters trophy race at Mount Panorama on Sunday morning. Angus Fogg led home Hugh Gairdner and Andrew Anderson in a wild six-lap dash with Aaron Seton the first of the Aussie’s home in fourth.

However it was weight of numbers that saw the trophy head to Australia; scores collected from the top 30 finishing cars generating the trophy race result. Twenty Australian finishers in the top 30 compared to ten from New Zealand saw Australia score 400 points and New Zealand 234.

However the weekend produced stunning racing with all four races completed with zero Safety Car interruptions or stoppages.

The trophy race saw Fogg quickly race his way to the front of the field with Gardiner quickly following him. Ryal Harris followed in third early on, however Andrew Anderson passed him on the second lap when Harris crashed at Griffins Bend. While the Kiwi’s powered away from the field in front, Aaron Seton, Steven Johnson and Adam Bressington scrapped to be first of the Paynter Dixon TCM cars home.

With the trophy race awarding each competitor 10 points for starting and 10 for finishing, Harris’ non-finish saw Johnson actually extend his lead by the same margin heading into Sandown’s season finale’. Fogg also re-set the Bathurst lap record for all cars at 2m14.8525s, while Steven Johnson’s 2m16.4840s stands as the fastest Paynter Dixon TCM lap of Mount Panorama, in racing conditions.

The race was a wild affair with Harris’ crash one of several on-track incidents, though none were large enough to bring out the Safety Car.

As a result 29 of the 40 starters were classified as finishers.

The final round of the 2019 Paynter Dixon Touring Car Masters series will be contested at the famous Sandown 500 on November 8-10. 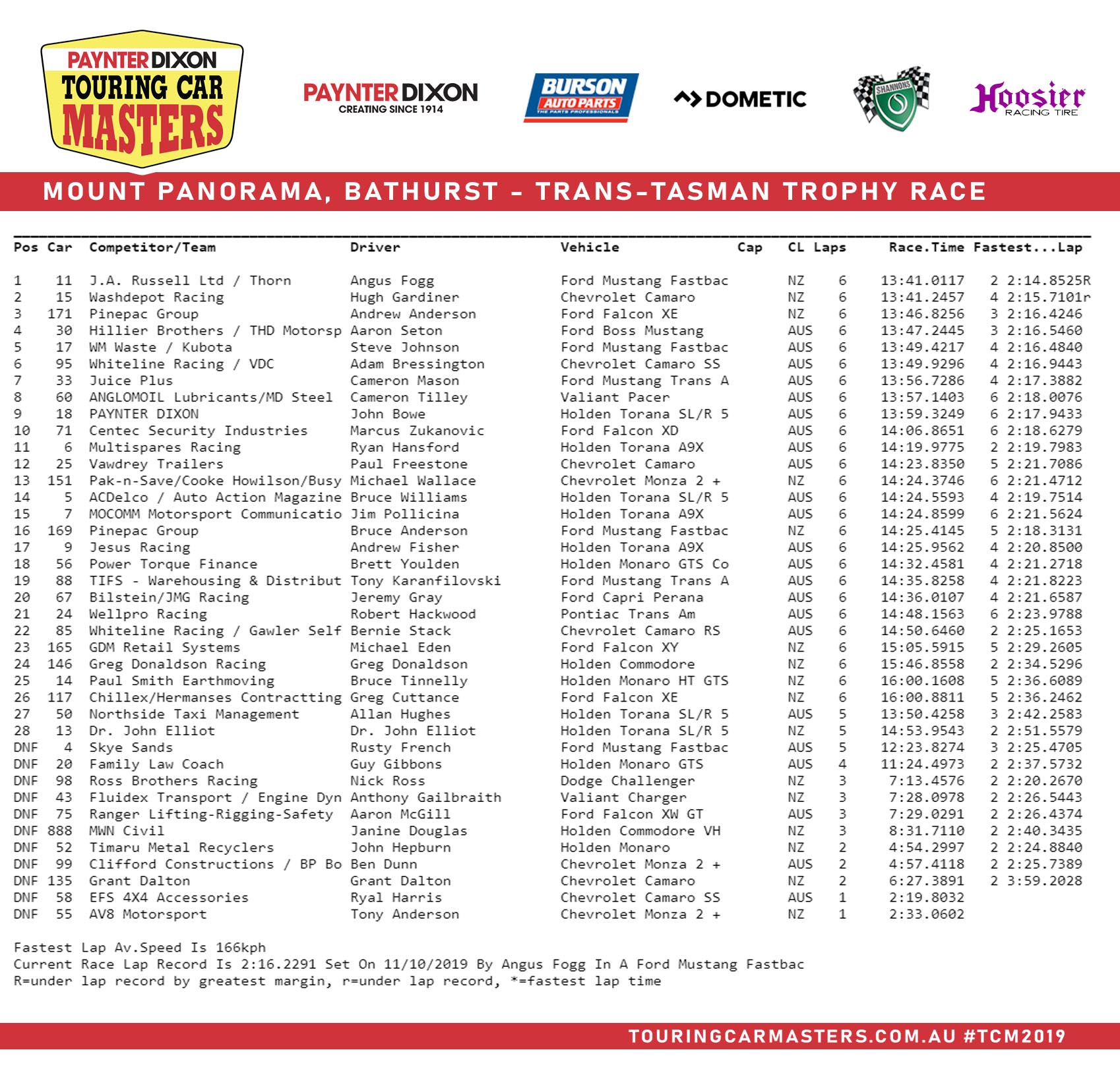