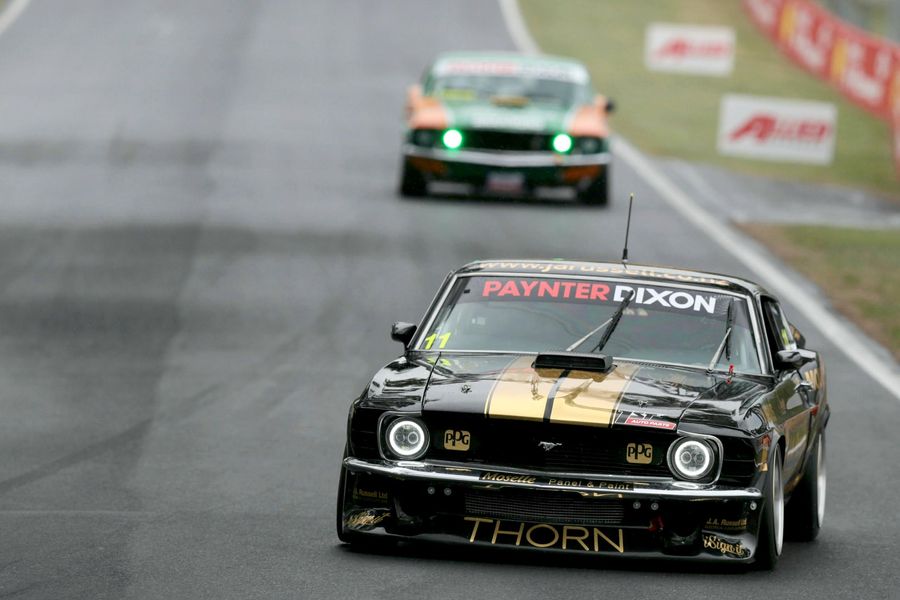 Angus Fogg powered to a maiden victory at Mount Panorama in a weather-influenced 18th race of the 2019 Paynter Dixon Touring Car Masters season, while Steven Johnson played the championship game to extend his series lead.

Rain prior to the afternoon race saw a majority of teams commit to running wet weather Hoosier tyres prior to the second six-lap dash, those electing to run slicks punished with zero grip in increasingly treacherous conditions. Fogg erupted to an early lead and held off Johnson in the closing laps, before pulling away in the closing stages to record a two-second win over Johnson.

“When it’s wet like that you don’t know what you’re going to encounter,” said Fogg, a veteran of two Bathurst 1000 starts in the early 2000s. “I thought if I can get a run, I’d give it a crack! We held on, didn’t run off or go off one time. The car was awesome and we managed to hold on and get the win.”

The experienced Kiwi said he was drawing on his previous Bathurst experience, even if it was 18 years ago, to perform amidst the TCM grid today.

“I raced here in 2000, ’01 with Team Kiwi with Jason Richards and it was wet then – and actually worse than it was today – I think that’s actually helping me today,” he explained. “It’d be great to have Jase here to give him a hug! I don’t think I did a very good job back then and I’d be a better Supercar driver now I’m an old bugger!

With the New Zealand cars not scoring championship points this weekend, it ensured Johnson effectively took a perfect score out of Saturday’s races at Mount Panorama.

Adam Bressington finished third in another storming Bathurst performance from the Whiteline Racing / VDC Camaro. Bressington ran fifth for the first two laps but in a feisty battle with Aaron Seton, Ryal Harris and Marcus Zukanovic worked his way to third on the last lap to secure his seventh podium of the year.

Zukanovic was also a star, working his way into a potential podium finish by mid-race before ceding the spot to the Camaro on the final lap; ultimately finishing fourth.

John Bowe was a late mover to fifth, while Aaron Seton’s first wet-weather TCM race ended in sixth. Seventh was Ryal Harris, the EFS Camaro running third early but struggling in the conditions. A moment at turn one saw the car lock up on the painted white lines and run wide, dropping several spots on the fourth lap.

Cameron Mason’s consistent weekend continued with a stout eighth while Paul Freestone and a charging Tony Karanfilovski completed the 10.

Other movers included Kiwi Nick Ross, who moved to 11th in his Dodge Challenger and Jeremy Gray who powered the V8 Capri to 12th.

Cameron Tilley, who qualified superbly only to be hindered by a puncture in the opening race, stormed from the back of the field to 13th while Hansford, who had a broken exhaust header in race one, did the same to 18th.

Ben Dunn was between that pair, recovering from an earlier broken gear selector to finish 16th.

The 19th race of the championship season commences at 10:20am tomorrow (Saturday).

Sunday will then see the second running of the TCM Trans-Tasman challenge event with Johnson (Australia) and Fogg (New Zealand) to lead the field to green on Sunday morning. 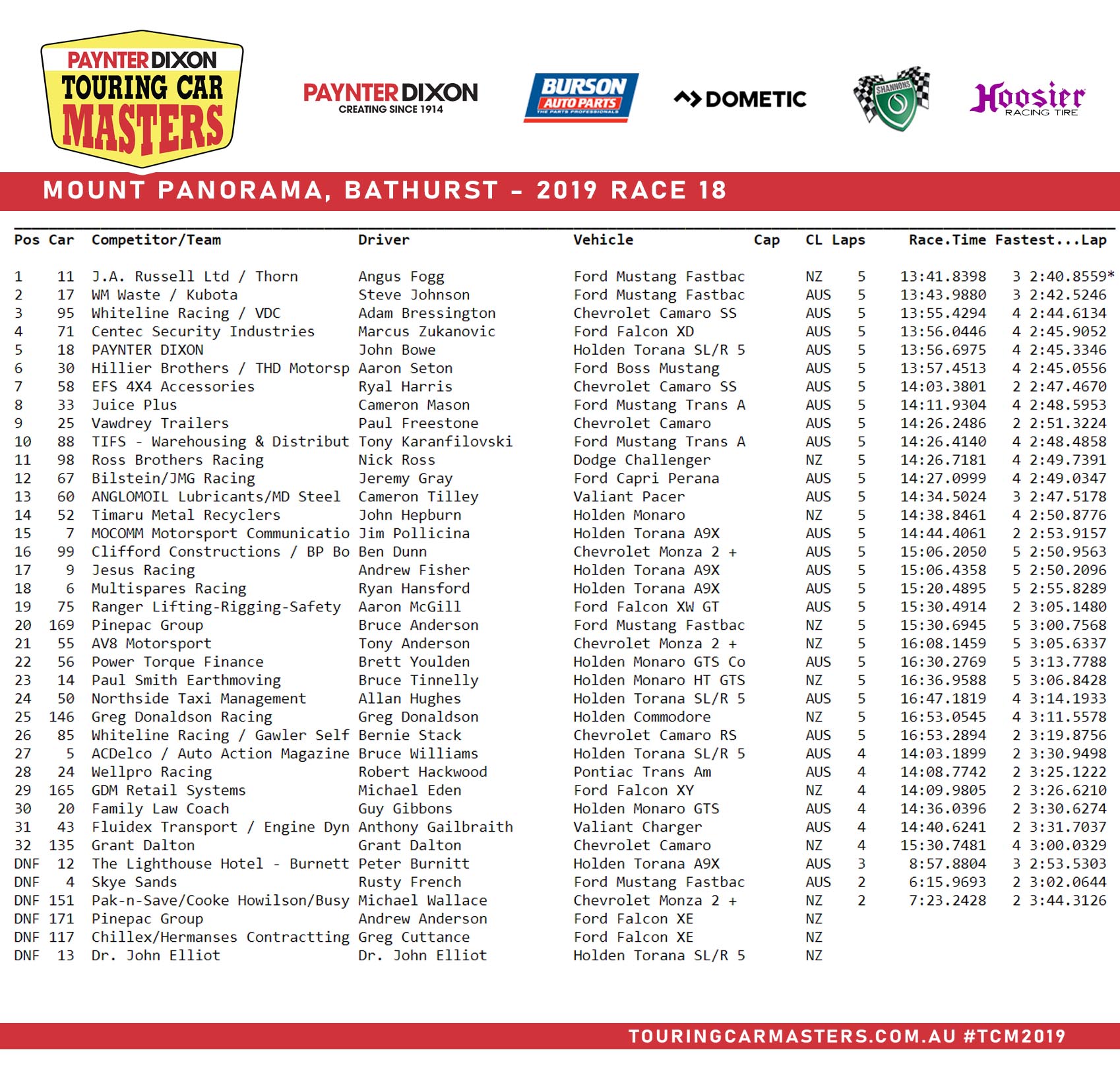