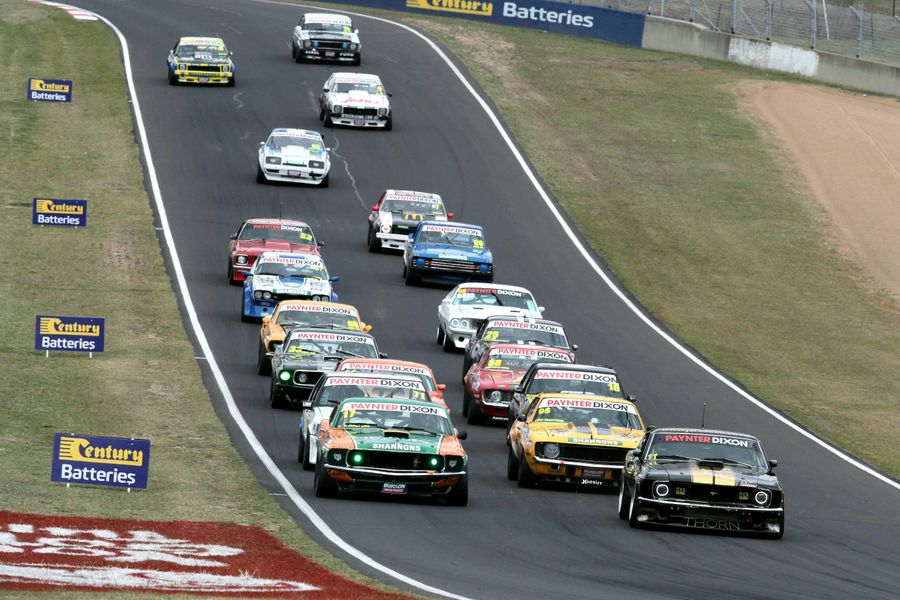 Angus Fogg swept to his second win from three races in the Paynter Dixon Touring Car Masters series at Mount Panorama, fending of Ryal Harris in Race 19 of the 2019 season. Steven Johnson finished third – second of the TCM contenders – to ensure he takes a 75 point lead into the Sandown decider next month.

John Bowe was fourth and trails Johnson by 97 points, ensuring he also remains in contention for a record sixth TCM title.

The third sprint race of the weekend was another entertaining show, Adam Bressington erupting off the line from the second row of the grid and taking the lead into turn one. The VDC Camaro’s start was judged to be too good, however; race control penalising him five seconds for his efforts – ultimately dropping him to sixth at the finish.

Ryal Harris was the early mover, working his way through the field to second position with a series of competitive moves that saw him chasing the flying Kiwi Mustang by the end of the second lap. Harris was quicker than the Mustang and closed Fogg’s early margin – at one point scything down the inside at the Elbow to take a brief lead, however the Kiwi car’s additional horsepower saw him blow past quickly once they reached Conrod Straight.

Bowe was another mover; making up two spots to finish fourth in his Paynter Dixon Holden Torana. Aaron Seton finished fifth in a solid race, while Bressington was relegated to sixth following his five-second penalty.

Nick Ross’ impressive Dodge Challenger was another mover and shaker, the all-white marching into the top-10 having started the race eleventh. He finished seventh following a lengthy battle with Cameron Tilley’s Valliant Pacer: who stormed through from 13th yesterday.

Marcus Zukanovic continued the competitive performance of his Action Racing XD Falcon, running as high as fourth in the opening two laps before dropping back to ninth at the finish. Cameron Mason’s consistent run continued as he completed the top-10 – inside the top 10 each race as his brand new Mustang continues to develop with each outing.

With one round of the Paynter Dixon Touring Car Masters series – at the Sandown 500 in November – remaining, Steven Johnson’s title lead has been extended to 75 points.

John Bowe sits third some 97 points behind Johnson while Adam Bressington remains in title calculations in fourth place, 144 behind the leader with 200 points up for grabs.

Competitors will be allowed to drop their two worst championship races and one Trophy Race score for the end of season calculations.

Jim Pollicina continues to lead the Pro-Am title ahead of Aaron Seton and Ryan Hansford; the three covered by 103 points. Allen Boughen and Jeremy Gray will battle for the ProSports title at Sandown.

The final race of the weekend will commence at 8:55am and will see the New Zealand and Australian cars go head-to-head in the second TCM Trans-Tasman trophy race. Having qualified on pole, Johnson will lead the Australian side of the grid from pole position while Fogg will lead the Kiwi’s from the left hand side.

The order of each row will be based on qualifying results, with the Trans-Tasman Trophy itself to be decided on the total points accumulated from the top 15 cars from each nation in the race. 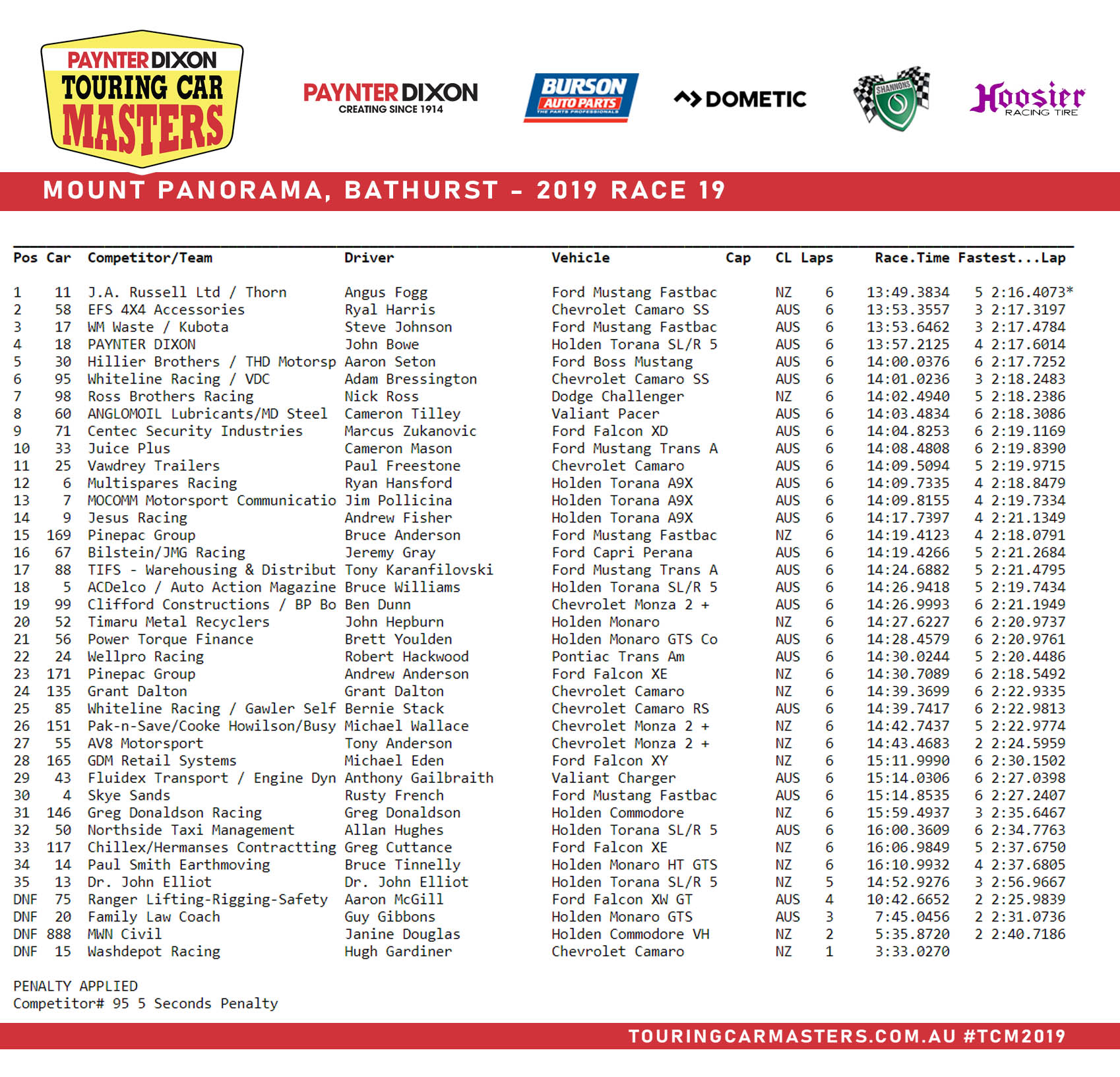