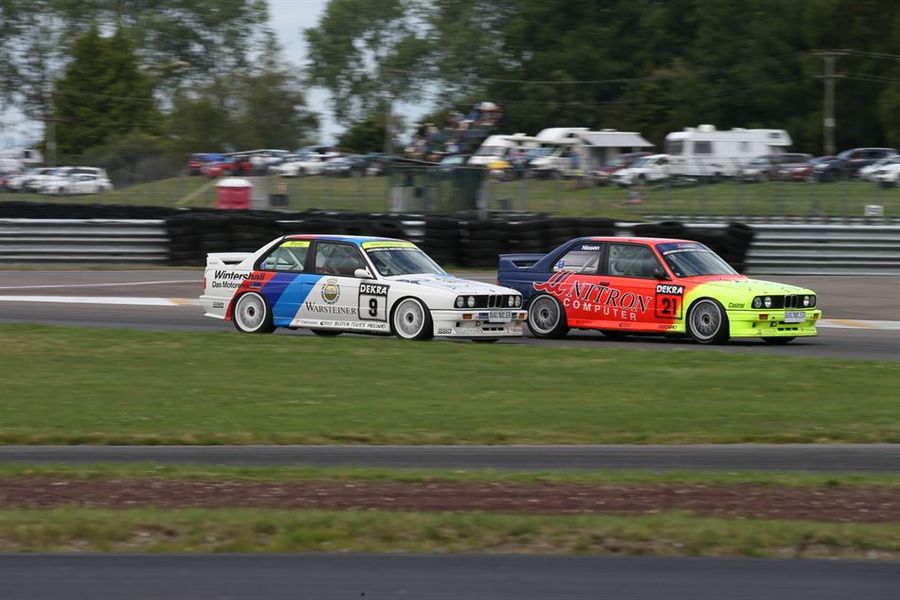 There was an early shower for entrants in the Archibalds Historic Touring Car Series at the Taupo Historic Grand Prix meeting on Sunday as attrition reduced the 11-strong field that started the weekend to just three cars prompting the cancellation of the final race.

“It’s not fair on those left or the crowd to run a full-length race of six laps with just three cars in it so we made the decision to call the round, and re-group for the Skope meeting (over the Feb 03-04 weekend) where already we have over 20 confirmed entries,” said category chairman Murray Sinclair.

There are also big plans for the final round of the inaugural Archibalds-backed series for the final round at the annual Evolution Motorsport Classic meeting at Invercargill a fortnight later with keen category entrant Scott O’Donnell set to reunite Paul Radisich with the BTCC Ford Mondeo the veteran racer won his second World Touring Car Cup title in at Donington Park in the UK in 1994.

The first two races of the weekend on Saturday were both entertaining affairs despite the attrition.

The first 6 lapper went to Graeme Cameron from fellow ex DTM BMW M3 driver Conrad Timms with Paul Radisich third in his first competitive run back behind the wheel of the earlier model Group A E30 M3 he originally raced when it was owned by Bill Bryce.

Unfortunately Charlie O'Brien had to park the Murray Sinclair Nissan Primera he drove so well on debut at Hampton Downs last weekend thanks to broken engine mounts.

Phil Mauger was also a non-starter in his Primera Super Tourer in this race with what turned out to be a broken alternator connection. As were Lindsay O'Donnell with a cracked gearbox casing in his Volvo S40, and Nigel Arkell with oil contamination issues with his Honda Accord

That left Scott O'Donnell to pick up fourth place in the ex Radisich BTCC Mondeo, and Austen McKinley to slip and slide home in fifth a lap down on old tyres in the ex Ed Lamont NZTCC Toyota Corona.

It was a fired up Phil Mauger who won the second race, late in the afternoon on Saturday, after a closely-fought six laps battle with the M3 Beemers of Cameron, Radisich and Timms.

He, Cameron and Mauger then raced in close quarters through the middle laps before both caught and got past Radisich before Mauger took a lead he would hold to the flag. from Cameron, Radisich and Timms.

Scott O'Donnell also started and completed all but the last lap after pulling off the track with what he described as either a brake or front diff issue.

With O’Donnell out that just left the two BMW  M3s of Cameron and Timms and the Nissan Primera of Phil Mauger to start the first of what were to be two more races on Sunday, which Cameron duly won from Mauger after Timms slowed as his car stated overheating.