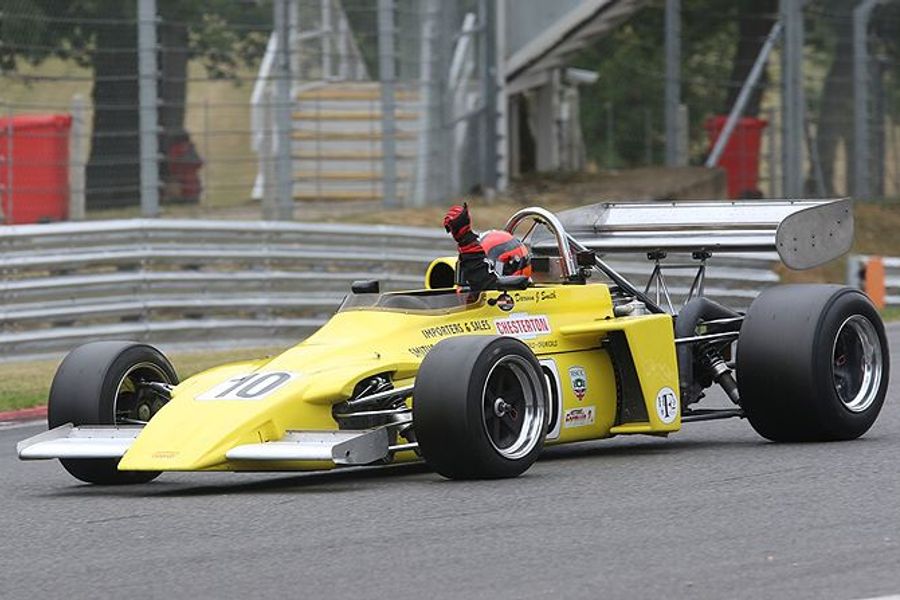 The famous seaside track of Zandvoort in the Netherlands is the setting for rounds seven and eight of the HSCC Historic Formula 2 FIA International Series (29th and 30th of August). Another excellent field of Formula 2 cars from the 1970s will contest a double-header event at the high-profile Zandvoort Historic Grand Prix at the home of the former Dutch Grand Prix. After Zandvoort, just two races remain in the 10-race schedule as the season concludes at Dijon-Prenois (France) on 2-4 October. Currently, double reigning champion Robert Simac is in control of the points in his ex-Jean-Pierre Jaussaud March 712. Indeed, he could even clinch the title again this weekend if his major rival Darwin Smith has problems.  In the class for earlier 1600cc cars, Simac will face opposition from Australian visitor Martin Bullock (Chevron B17C), US commuter James King (March 712), Roger Bevan (Lotus 69), Tim Barrington (Lola T240), Luciano Arnold (Brabham BT36) and Paul Bason (March 712). In the most recent races at Brands Hatch, Bullock ran Simac very close, so the Frenchman will certainly not have it all his own way. At the very front of the race will be cars form the class for 2-litre F2 cars and it is Darwin Smith who starts favourite in his March 722. Though his car is one of the earliest 2-litre F2 cars, the formidable pace of the Northern Irish driver makes it one of the fastest. He had not hit engine dramas at Monza, the result of poor quality fuel, Darwin would be right with Simac on points. However, Smith has plenty of rivals, most notably Matthew Watts in his March 772). In a part-season, Watts took two wins at Monza and will be eager to repeat that result at Zandvoort. Other very quick 2-litre F2 cars are entered for Phil Hall (March 752), Steve Allen (March 782) and Mark Piercy (Lola T360). Finally, but very important, is the entry from Richard Evans (March 79B) in the class for 1600cc Formula Atlantic cars. Though significantly down on power against the F2 cars, Evans is a tremendous racer and will be firmly in contention for the overall podium. At Brands Hatch last month, Andrew Smith raced the car and had two epic battles with the unrelated Darwin Smith. This season Moto Berazzi Ltd, a new name in the manufacture of wheels for historic racing cars, is supporting the HSCC Historic Formula 2 FIA International Series. Somerset-based Moto Berazzi specialises in making three-piece rims for single-seaters and sports-racing cars from the late 1960s and 1970s. The rims are ideal for cars from manufacturers like Chevron, Lola, March and Lotus.