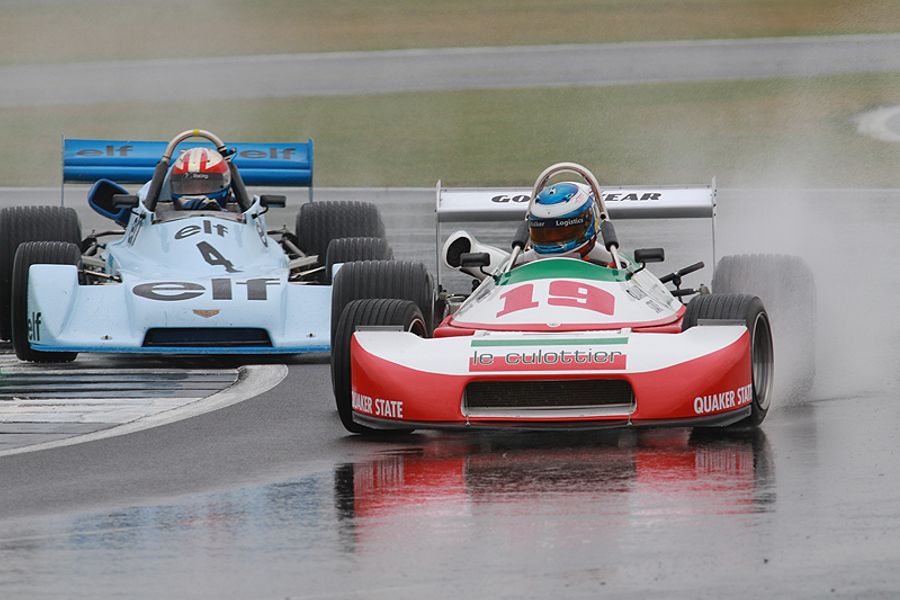 The magnificent field of Formula 2 cars will be one of the highlights of this major date on the historic racing calendar. The Zandvoort event is the penultimate weekend of the F2 season and is followed by the deciding two races in the season finale at Dijon in early October.

To date, 77 drivers have competed in the Series in 2019 and after the pair of races at the Silverstone Classic there is fierce competition across the classes. It is multiple champion Robert Simac (March 712) who tops the Jochen Rindt Trophy for the 1600cc Formula 2 cars. However, Nick Pancisi (March 712) is chasing hard and finished ahead of Simac in both races at Silverstone, while other contenders include Julian Stokes (Tecno) and Luciano Arnold (Brabham BT36).

Former hillclimber Mark Goodyear is having an exceptional season in his Lotus 59 and currently heads the Vern Schuppan Trophy for the early Formula Atlantics in the face of opposition from Olivier Huez (March 722) and Paul Tonkin (Chevron B29).

Australian commuter Marty Bullock (Chevron B34) leads the Gilles Villeneuve Trophy for the later Formula Atlantics and intends to be back in the B34 at Zandvoort after being forced to switch to his earlier B17 for the Silverstone races. Back in the Villeneuve class for Zandvoort will be Mike Wrigley, who won twice at Brands Hatch in May in his March 79B, and he could rival Bullock for the class title. Meanwhile, Bullock’s countryman Stephen Weller heads the Jim Clark Trophy for the non-winged F2 cars in his Elfin 600B.

The toughest competition of all comes in the Bruno Giacomelli Trophy for the 2-litre F2 cars as just two points split Martin O’Connell (Chevron B40) and Miles Griffiths (Ralt RT1), while David Tomlin (Motul M1) is not far behind. O’Connell and Griffiths had two mighty battles at Silverstone and took a win each, so this class is wide open heading to Zandvoort with all rounds to count in the final reckoning.