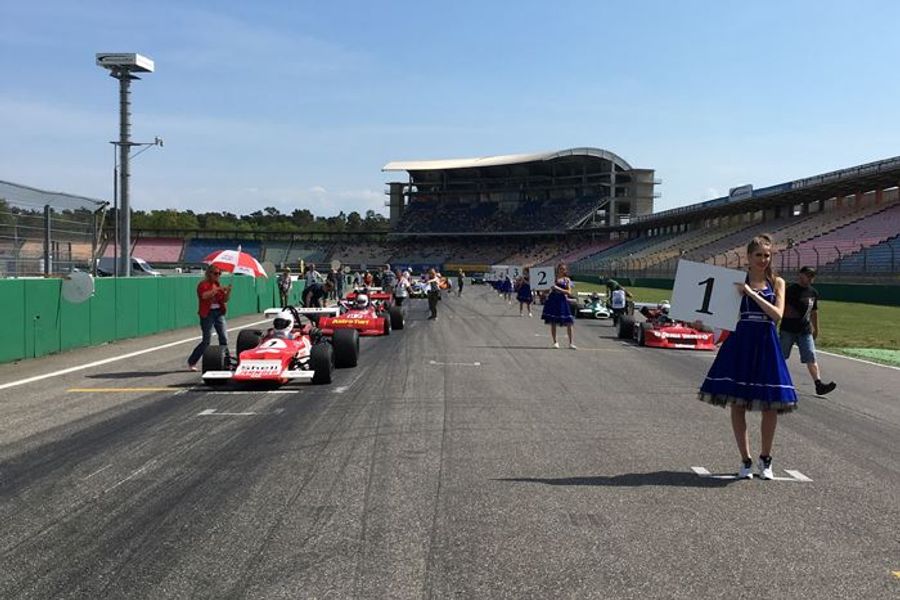 A double victory for German racer Hans Peter got the HSCC Historic Formula 2 FIA-sanctioned International Series off to a fine start when a strong entry contested the opening two races at Hockenheim over the weekend (21st/22nd April).

The Formula 2 races played a leading role in the event that celebrated the life of Jim Clark, who died at the German track 50 years earlier. The weekend included a number of special events to commemorate the double World Champion and there was a poignant minute’s silence after the F2 cars gathered on the grid.

Peter scored a double win as he kept his Ralt RT1 ahead of current champion Robert Simac (March 712M) and Swedish racer Torgny Johansson (March 782) in two races run in very hot conditions in front of a big crowd. The sight and sound of the Formula 2 cars was a big hit over the weekend with fans, officials and organisers.

Two second places as well as two victories in the Jochen Rindt Class for 1600cc F2 cars has set Simac into his new title challenge in good shape, while Peter took maximum points in the Bruno Giacomelli Class for 2-litre F2 cars.

In the opening race, Johansson had to race hard to earn his podium visit as Mike Bletsoe-Brown (Chevron B27) and Luciano Arnold (Brabham BT36) chased him over the line in a blanket finish. A little further back, Max Blees (Brabham BT30) took eighth overall and won the Vern Schuppan Class for the earlier 1600cc Formula Atlantic cars. Australian racer Stephen Weller took his Elfin 600B to victory in the Jim Clark Class for the early non-winged F2 cars.

The second race followed a similar pattern, although Johansson had a fraction more breathing space over Bletsoe-Brown and Arnold as Steve Seaman (Ralt RT1) again completed the top six. Blees repeated his class win but Weller was a mid-race retirement.