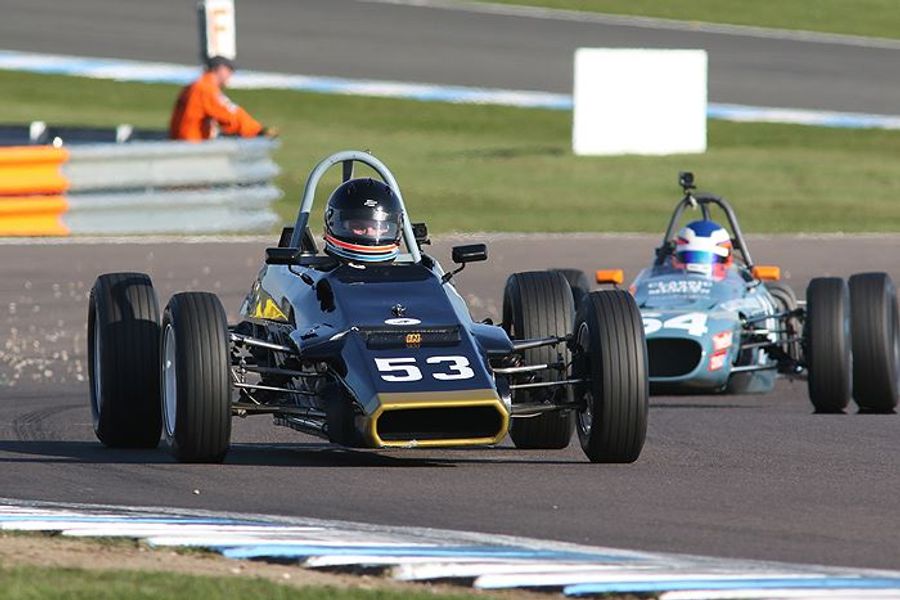 The 2018 racing season from the Historic Sports Car Club will start in style at Donington Park over the weekend of Saturday/Sunday April 7/8 with 250 entries for a busy 15-race weekend.

The event will remember Jim Clark on the 50th anniversary of his death at Hockenheim, with a grid gathering and a minute’s silence at 13.00 on Saturday. Everyone at the circuit on Saturday is invited to join this commemoration of the life of one of the sport’s all-time greats.

Heading the action will be four races for the HSCC Historic Formula Ford 1600 Championship as a fabulous 50-car entry is split into two grids. Reigning champion Richard Tarling is back to defend his crown and faces a raft of challengers in what promises to be a continuation of the sensational racing delivered by the category last season.

Another excellent field of 30 cars will kick the Historic Formula Ford 2000 Championship off in style with defending champion Andrew Park (Reynard SF81) heading the entry. Key rivals to the Cumbrian racer include Benn Simms (Reynard SF77) and Nelson Rowe (Reynard SF79) who are both doubling up with HFF1600 entries and the extremely rapid Ian Pearson who now has a Reynard SF79 for his title assault.

The 60th anniversary season for Formula Junior gets underway with the opening race for the FJHRA/HSCC Silverline UK Championship. Reigning champion Peter de la Roche is back to carry number 1 on the Lola Mk3 owned by Pat Barford while new to the category is the hugely experienced Chris Goodwin (Lotus 22). As the son of period Formula Junior racer Tony, Chris has raced GT cars at high level and shown his ability in a range of historic cars. His rivals include Sam Wilson (Lotus 20/22), James Murray (Lola Mk5A), Peter Morton (Lightning Envoyette) and Andrew Hibberd (Lotus 22) in what promises to be another highlight of the weekend.

Extended to an hour-long duration is the opening Guards Trophy race of the season and a strong field is capped by a gaggle of quick Chevrons to start the 50th anniversary season of the B8. However, it is the slightly earlier B6 of Will Schryver and James Hadfield that could set the pace. After countless victories in the hands of Michael Schryver and Simon Hadfield, their sons will be at the helm at Donington.

The B8 pack is strong and features Philip Nelson, Charles Allison, Greg Thornton and Paul Ugo/Robi Bernberg, while another rapid B6 comes from the experienced pairing of Nick Thompson/Sean McClurg. Taking the fight to the Chevrons in the sports-racing division will be Lotus 23Bs, a brace of Lenhams and an Elva Mk7S while the GT pack is topped by the mighty TVRs of John Spiers, Peter Thompson and Peter and Nathan Dod.

The Historic Road Sports Championship goes into its 24th season with another fine field headed by joint 2017 champion Dick Coffey in his diminutive Turner Mk1. However, four Morgans should be at the head of the race in the capable hands of Kevin Kivlochan, Richard Plant, Bruce Stapleton and Tim Pearce while the amazingly quick Lotus Elan pack is headed by potential race winners John Davison and Paul Tooms.

A double-header on Sunday opens the Classic Formula 3 Championship/URS Classic FF2000 Series with an entry that includes the freshly prepared Dallara 381/382 of Lee Cunningham, Pat Gormley (Safir RJF3), Keith White (Ralt RT1) and David Thorburn in his ex-Brundle Ralt RT3. In the FF2000 section, Chris Lord, Clive Wood and Drew Cameron should be at the head of the contest.