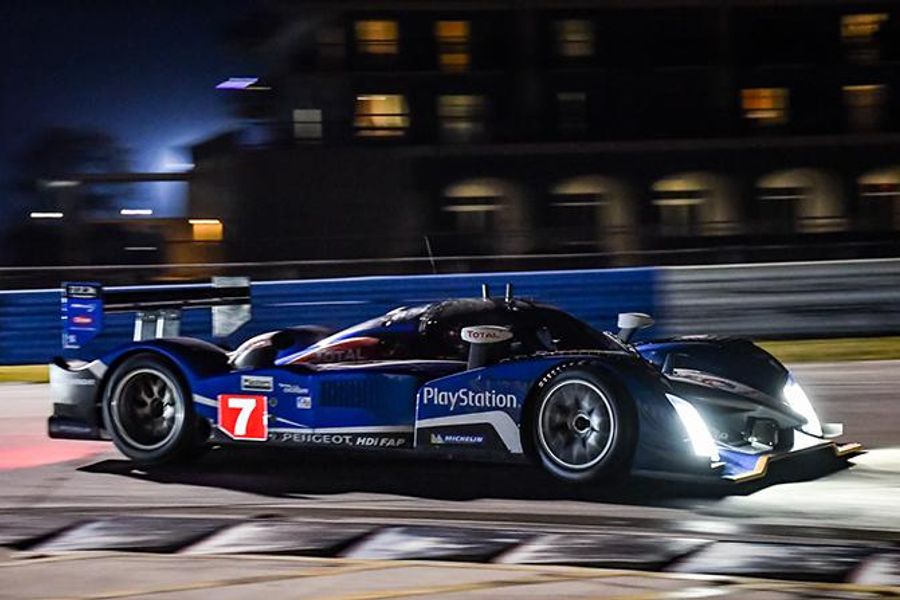 All four Run Groups having completed their first two of four rounds in the 12 Hours of Sebring tribute race that is officially named the HSR Classic Sebring 12 Hour, Pistons and Props, presented by the Alan Jay Automotive Network. Early contenders have emerged and at least won reigning HSR Classic Sebring 12 Hour winning team has moved its title defense off to a solid start.

Group A has once again turned into an all McClendon International Lola battle with the 1970 No. 20 Lola T165 of Marco Fumagalli and the 1970 No. 77 Lola T70 of Toni Seiler running one-two in the competitive class. Last year at Sebring, Seiler - who took Group A honors in the No. 77 in last month's HSR Classic Daytona 24 Hour race - just edged his Lola T165 teammates for the 2018 Classic 12 Hour Group A win. A victory this weekend would be Seiler's third-straight "HSR Classics" victory, but he faces a strong challenge from his McClendon stable mate.

Fumagalli swept each of Group A's opening races in the No. 20 T165 to build a more than two-minute and 30-second lead over Seiler at the halfway point. 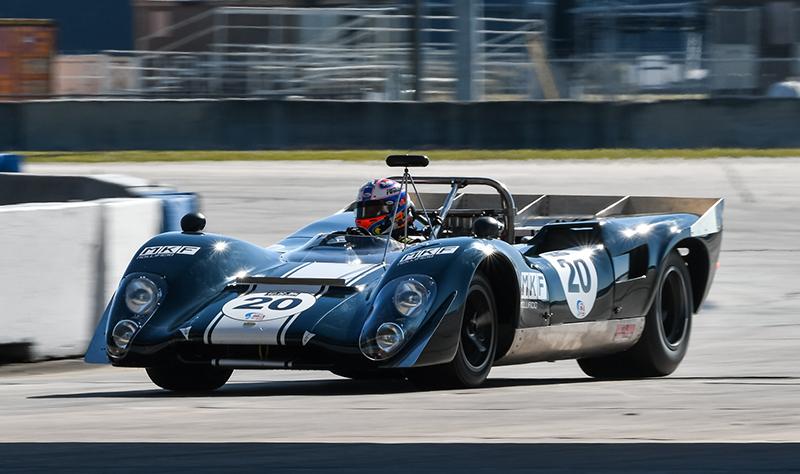 Gray Gregory and Randy Buck co-drove the Phil Reilly and Co. 1974 No. 29 Chevron B26 to the Group B victory in the 2018 Classic 12 Hour and are halfway home to a repeat win this year. Winning both opening rounds, Gregory and Buck have built an 80-second lead at midrace, but a more than capable competitor looms in second place.

Alain Rüede - fresh off the Group B victory in the HSR Classic Daytona - trailed the No. 29 Chevron to the finish in both opening rounds in his 1982 No. 21 Chevrolet Camaro IROC. Rüede finished second to Gregory and Buck last year in the Classic 12 and will no doubt keep the pressure on to the finish again as he looks for a 2019 "HSR Classics" sweep.

Group C, which is home to modern prototypes and GT machines that are the fastest cars in the race, has produced some of the closest racing of this year's HSR Classic Sebring 12 Hour. Michel Frey, in a 2008 No. 15 Lola B07/18, and David Porter, in his GMT Racing 2007 No. 7 Peugeot 908 HDi FAP, split the first two Group C races.

Frey won the opening round by 8.8 seconds over Porter who then used a well-timed pit stop under yellow to take the race two win in the Peugeot. Frey pitted under green before the race two caution and then lost additional time in the ensuing safety car period. Porter now holds a nearly two-minute and 30-second lead over Frey at the halfway point.

Featuring more modern GT and sports cars, Group D has seen several Porsche GT3 Cup cars step up to set the top-three pace in the tightest battle of the race. The leader is the Ebimotors 2012 No. 561 Porsche 997 GT3 Cup of Gianluigi Candiani and Sabino de Castro that swept both opening races.

The Zotz Racing 2010 No. 119 Porsche 997 GT3 Cup of Chris Ruppel and Eric Zitza finished second to the No. 561 in race one by a slim 1.8 seconds and now trails the Ebimotors entry by just 23 seconds at the halfway mark. 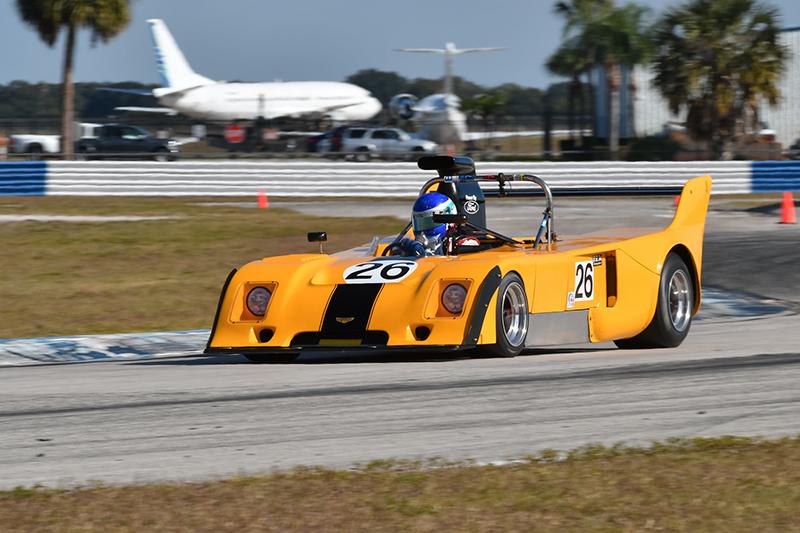