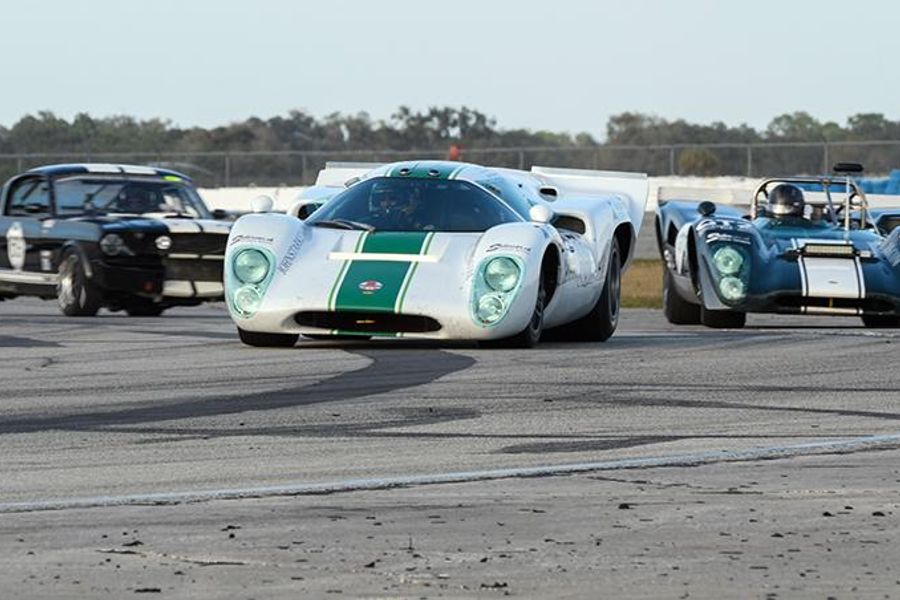 With all four Run Groups having completed their first two rounds, no runaway leaders have emerged and the racing action across the board has been close and competitive.

Group A has turned into an all McClendon International Lola battle with the 1969 No. 77 Lola T70 of Toni Seiler and the 1969 No. 127 Lola T165 of Mauro Casedei and Andy Feigenwinter splitting the first two segment victories.

After winning the race-opening round, Seiler trailed the No. 127 to the finish line in the second segment but still maintained a 39-second overall lead on the field at the halfway mark.

The only other Group A contender on the lead lap with the Lolas is the British-based 1965 No. 66 Ford GT40 of Karsten LeBlanc and Christopher Milner. The top-three has each completed a total of 34 laps in the first two race segments.

Group B has seen the Phil Reilly Co. 1974 No. 29 Chevron B26 of Gray Gregory and Randy Buck move to the front after the opening rounds, but several quick GT entries have kept in close touch with the leader. 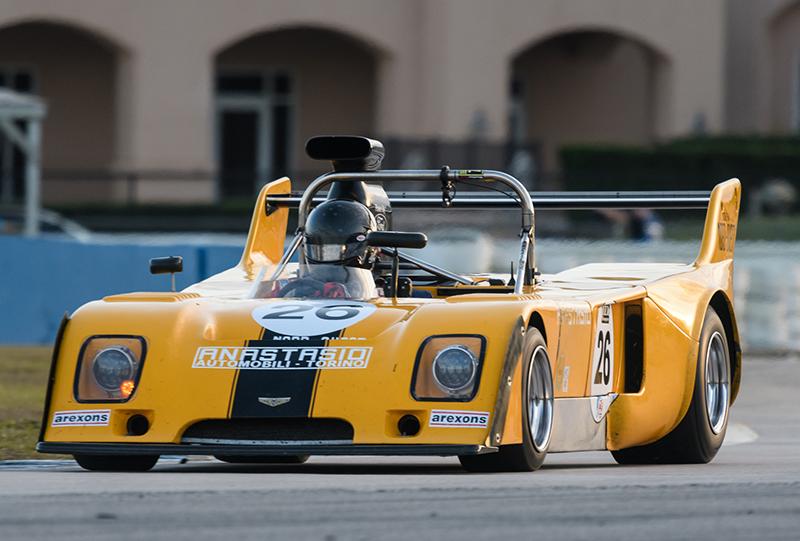 Gregory initially battled with segment one winners John Harrold, Ryan Harrold and Kevin Wheeler who saw their chances of a third-straight HSR Classic Sebring 12 Hour win in the Team Mean/KMW Motorsports No. 94 Chevron take a serious hit in Round 2.

Ryan Harrold was at the wheel and leading in the No. 94 when the battery cable on the Chevron disconnected from the starter. The Chevron was quickly taken to the paddock for repairs but has fallen a full nine laps behind Gregory and out of winning contention.

The No. 94 team's disappointment is a double blow as the Harrolds and Wheeler were looking for a record-extending fifth-straight "HSR Classics" victory. In addition to taking the Group B win at Sebring the last two years, the No. 94 team has won at the last two HSR Classic Daytona presented by IMSA races, including last month's fourth running of the classic 24-hour race at Daytona International Speedway and the 2017 edition.

Gregory's biggest challenger is now the ultra-quick 1982 No. 21 Chevy Camaro IROC of Swiss driver Alain Rüede, the only other Group B competitor to match the No. 26 Chevron's two-round total of 34 laps completed.

For the second-consecutive year, John Reisman swept both opening segments in Group C in his Hudson Historics-prepared 2010 No. 33 Coyote Corvette Daytona Prototype to edge a tight prototype field.

Reisman, the second-place GMT Racing 2005 No. 2 Audi R8 LMP of Travis Engen and third-place duo of Tommy Dreelan and Aaron Scott in the Celtic Speed 2009 No. 68 Oreca FLM09 Prototype Challenge car have all completed 30 laps at the halfway point.

Typically the fastest cars on the track, Group C totaled only the 30 laps at mid-race after the opening segment was delayed just after the start for more than 20 minutes. The 2014 Heritage Motorsports No. 50 Riley Daytona Prototype of Frank Beck caught fire halfway through Round 1's opening race lap. Beck escaped uninjured, but the blaze heavily damaged the rear section of the No. 50 and required the lengthy track cleanup.

Home to more modern GT and sports cars, Group D has seen several Porsche GT3 Cup cars step up to set the pace. Shaun McKaigue won the opening segment in his Pfaff Motorsports 2013 No. 34 Porsche 997 GT3 Cup but a Round 2 win by Robert Ames in the Boulder Classics 2004 No. 99 Porsche 996 GT3 Cup was just enough to give him a 16-second lead on the field at halfway.