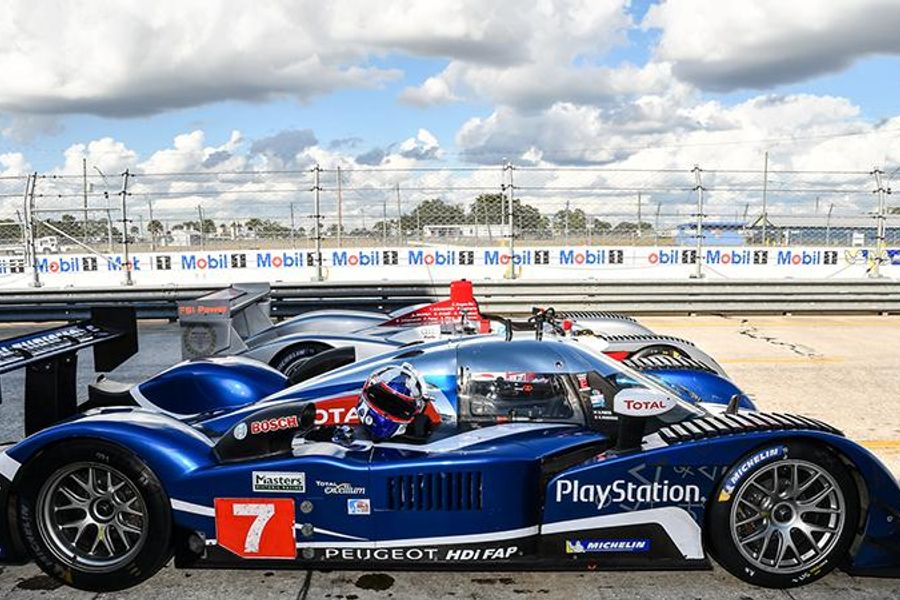 A tribute race to the timeless Mobil 1 Twelve Hours of Sebring, which will be run for the 68th time this March, the Classic Sebring 12 Hour features four different Run Groups of vintage and historic sports cars that each took to the legendary Sebring road course four times in the last two days.

Saturday's schedule included the first three 42-minute rounds for each Group - appropriately within the span of a 12-hour period - while the fourth and final segments today determined the overall winners. 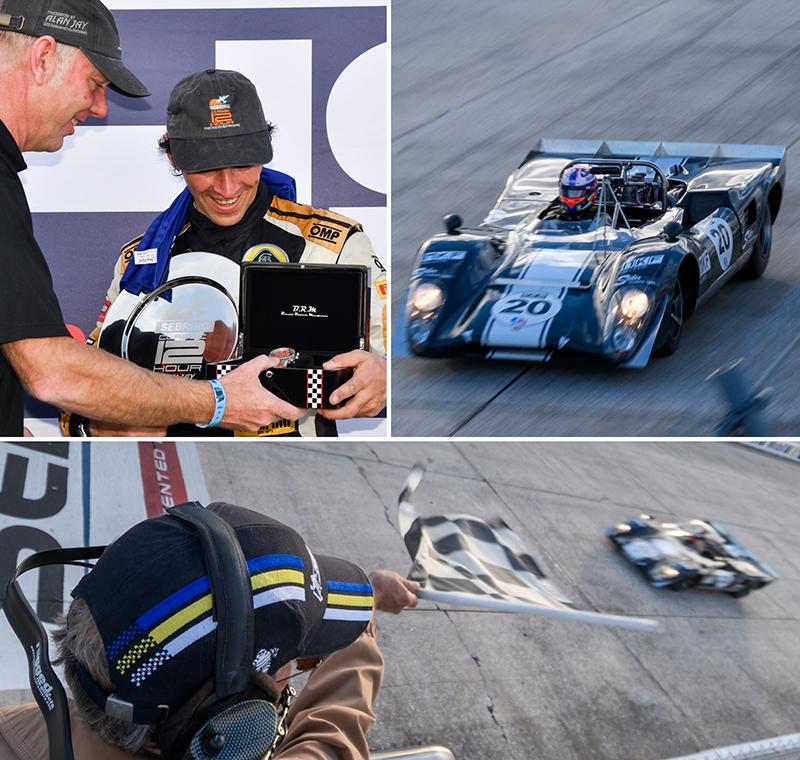 Group A saw the McClendon International team produce its third-consecutive "HSR Classics" winner from its stable of classic and competitive Lolas.

Toni Seiler won both last month's HSR Classic Daytona presented by IMSA and last year's HSR Classic Sebring 12 Hour in a 1969 Lola T70, but it was a first-time winner and race car from McClendon that stepped up to score this weekend's third-straight victory.

Debuting driver Marco Fumagalli swept the first three of Group A's four race segments at the wheel of the McClendon 1970 No. 20 Lola T165. Seiler rebounded from some early-round setbacks to win the fourth and final segment in the No. 77, but the gap Fumagalli had built on the field by that stage was enough for the quick Italian driver to seal the overall Group A victory.

The Group B victory went to the Phil Reilly Co. 1974 No. 26 Chevron B26 of Gray Gregory and Randy Buck for the second-straight year. Similar to Fumagalli's winning performance, the No. 26 swept the opening trio of Group B races but then gave way to the second-place 1982 No. 21 Chevy Camaro IROC of Swiss driver Alain Rüede , who finished first in the fourth and final segment.

Although narrowly losing to the No. 26 Chevron at Sebring for the second-straight year, Rüede's runner-up placing capped a strong 2019 performance in "HSR Classics" events. Last month, Rüede raced the Camaro to the overall Group B victory in the HSR Classic Daytona, presented by IMSA, classic 24-hour race.

Frey crossed the line first in Saturday's opening race before Porter stepped up to sweep the final three segments to win his second HSR Classic Sebring 12 Hour title. The victory gave Porter a sweep of this year's "HSR Classics" races after winning his Group last month in the Classic Daytona, and returned the Peugeot to victory lane at Sebring. Porter's 908 HDi was raced in its competitive prime to the overall 12 Hours of Sebring victory in 2011.

Home to more modern GT and sports cars, Group D again stepped up to deliver the closest battle of this year's HSR Classic Sebring 12 Hour. The Ebimotors 2012 No. 561 Porsche 997 GT3 Cup of Gianluigi Candiani and Sabino de Castro was first in the opening three Group D segments and then withstood a late charge by the Zotz Racing 2010 No. 119 Porsche 997 GT3 Cup of Chris Ruppel and Eric Zitza.

While the Zotz No. 119 finished first in segment four, the Group D victory went to Ebimotors after what appeared to be a relatively trouble-free and calculated race to the finish.

The other three Group winners all overcame some late drama in their fourth and final segments.

Fumagalli pitted from the lead with a vibration in the final Group A segment but returned to the race without issue after the McClendon crew checked and tightened the Lola's wheels.

Gregory and Buck felt the Chevron come out of gear once or twice in Saturday's long schedule of races, so the Reilly Co. crew changed out the gearbox internals on the Chevron before today's finale.

Porter led from the start of the Group C final segment only to spin in his No. 7 Peugeot in Turn 7 on lap one. Porter rejoined the race in last, and over 45 seconds behind the leader, but still managed to come back and take the segment win and seal the overall Group C title.

Next up for HSR is 2020's season-opening event that brings the series right back to Sebring International Raceway, March 26 - 29, for the HSR Spring Fling Weekend. 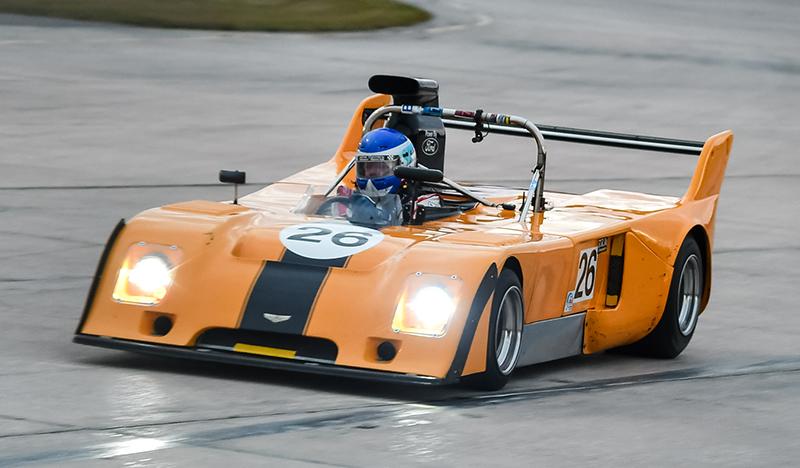