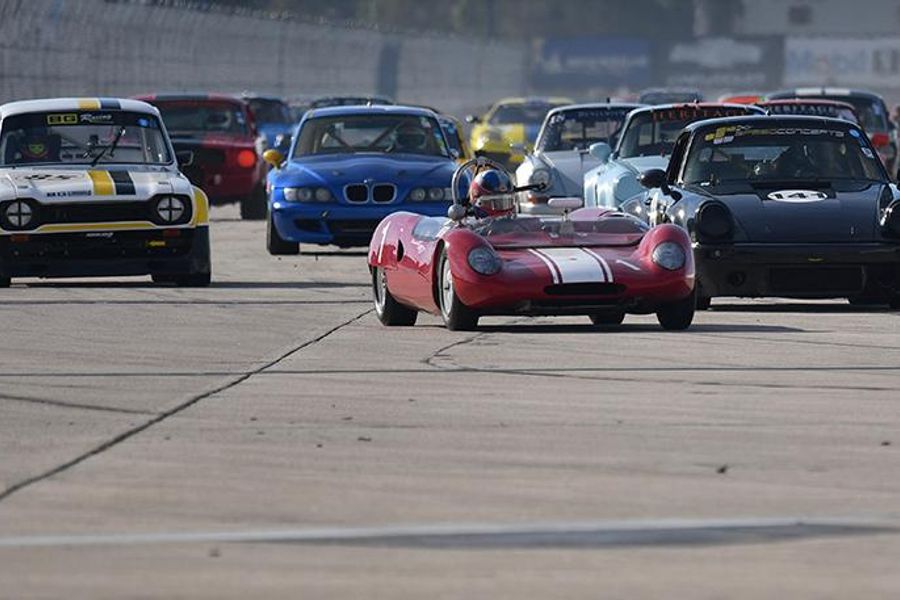 The fourth running of the Historic Sportscar Racing (HSR) Classic Sebring 12 Hour officially began with opening practice Thursday at Sebring International Raceway where the first race winners of the season-ending HSR Sebring Historics were also crowned after a rapid-fire run of three-straight races brought the afternoon to a competitive close.

Saturday's and Sunday's HSR Classic Sebring 12 Hour, Pistons and Props, presented by the Alan Jay Automotive Network, is the weekend's featured event, but all 2019 HSR season championships will be decided in a full schedule of HSR Sebring Historics races over the course of the next three days. 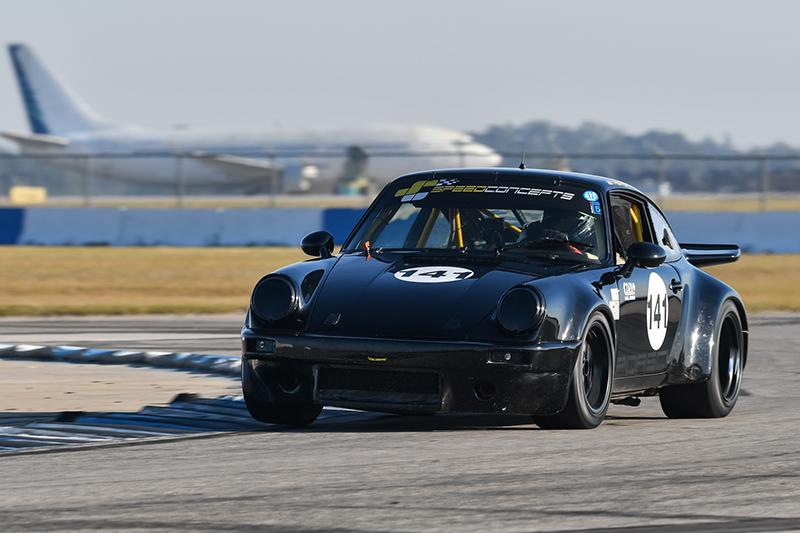 Todd Treffert scored his third-straight Sebring B.R.M. Enduro overall and GT Classic (GTC) win in his Speedconcepts 1974 No. 141 Porsche 911 IROC. Less than an hour later, Treffert backed up the B.R.M. Enduro win with a flag-to-flag sweep of the HSR Classic RS Cup finale.

The Vintage class victory in the B.R.M. Enduro went to Travis Engen who crossed the finish line second overall behind Treffert in his GMT Racing 1962 No. 1 Lotus 23B.

Thursday's other big winner was former Audi Sport LMP factory driver Marco Werner who returned to Sebring victory lane after winning the HSR Global GT finale in the Britec Motorsports 2013 No. 007 Aston Martin Vantage. In the heart of the dominating Audi Sport LMP1 era, Werner co-drove to three overall 12 Hours of Sebring victories in 2003, 2005 and 2007.

Treffert was joined on the B.R.M. GTC podium by runner-up Fred Schulte in his 1973 No. 31 Porsche 911 IROC and the husband-and-wife driving duo of Mike Banz and Kathy Blaha in third in Blaha's 1974 No. 40 Porsche 911 RS. Both the No. 31 and No. 40 Porsches are prepared by Heritage Motorsports.

Banz and Schulte made return visits to the podium in the HSR Classic RS Cup sprint. Banz was second in his Heritage Motorsports 1974 No. 13 Porsche 911 RSR while Schulte wheeled his No. 31 Porsche to a third place showing.

Along with Engen and his Lotus, the B.R.M. Vintage and overall podium included runner-up Daniel Brown in the B-G Racing 1975 No. 85 Ford Escort RS. Rob Albino was third in Vintage in his Hudson Historics 1999 No. 991 BMW Z3 Coupe. A pair of Porsches chased Werner's Aston Martin to the finish line in the HSR Global GT race. 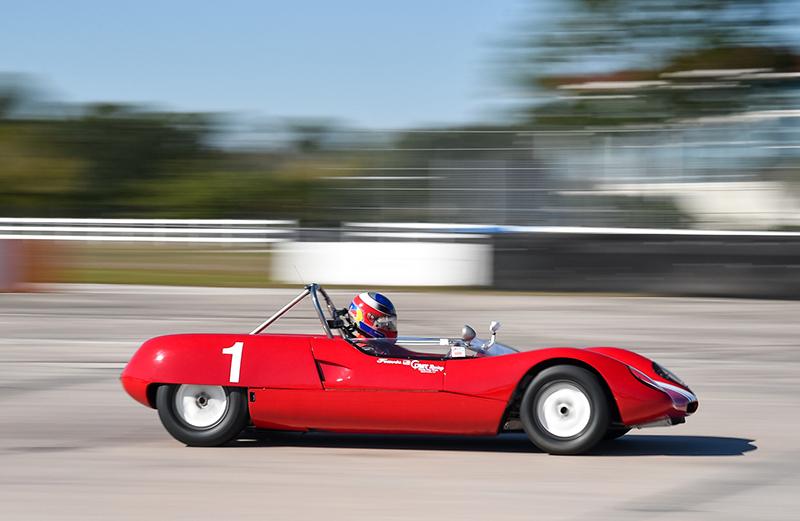 The Classic Sebring 12 Hour, Pistons and Props, features HSR historic and vintage sports car racing and a full "fly-in" and display of equally iconic military and civilian aircraft from the last half century and beyond.

Still in part an active airport, Friday afternoon will once again see the arrival of vintage aircraft on one of the Sebring runways. The planes will later taxi into the paddock at 4:30 p.m. EST to be displayed right alongside the historic race cars through Sunday morning.

Aircraft scheduled to appear this weekend include a rare North American P-51D Mustang of Jim Lyons and a North American T6-G Texan being flown to Sebring by Jon Rising.

Other returning planes scheduled are a 1942 Vultee BT-15 Valiant (pictured below with a Porsche 935 K3) piloted by Tom Smith, the similar 1943 Vultee BT-13 Valiant of Bryce Bock and Tony Green and his British Aviation Bulldog. A Beechcraft T-34 Mentor is also on the list along with a Boeing N2-S3 Stearman and a Howard DGA. 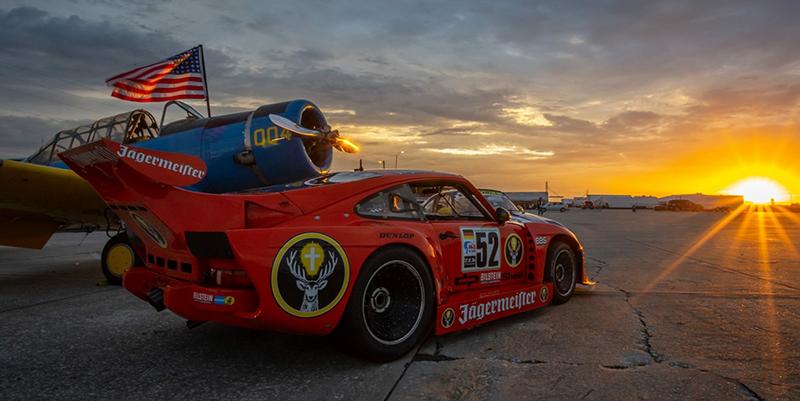