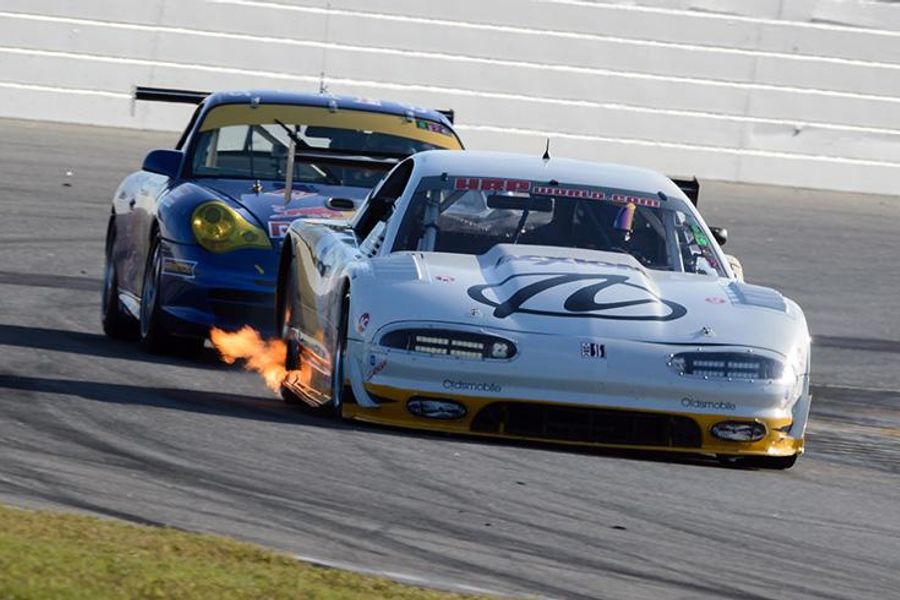 Front runners have emerged and a few favorites and early contenders have fallen by the wayside as the HSR Classic Daytona presented by IMSA raced through the midnight hour and approached the halfway mark early Sunday morning at Daytona International Speedway. The fourth running of the Classic 24-Hour race at the "World Center of Racing" began at 1 p.m. Saturday afternoon, and all but one of the race's six Run Groups completed their first two of four races before the clock struck midnight.

Leaders at half distance include defending Classic Daytona winners Celtic Speed, with Tommy Dreelan and Aaron Scott in Group C in their 1987 No. 14 Porsche 962, and the Team Mean/KMW Motorsports 1979 No. 94 Chevron B23/36 of John Harrold, Ryan Harrold and Kevin Wheeler in Group B. 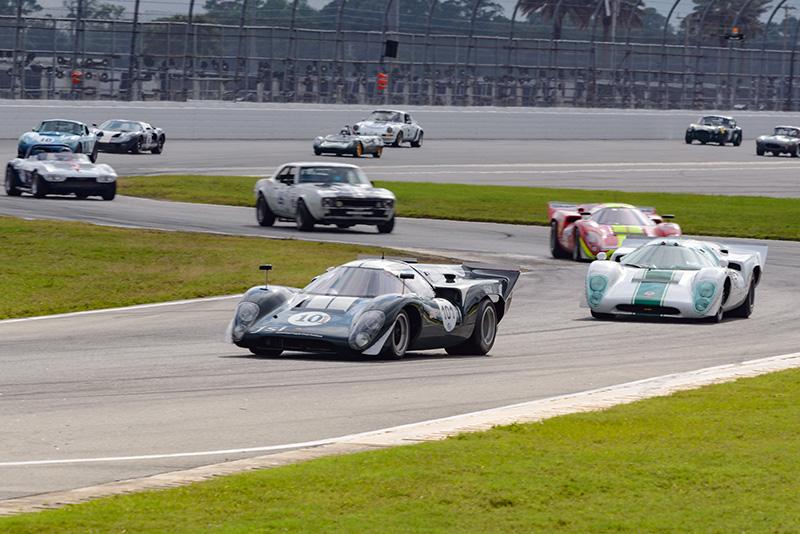 The 1968 No. 101 Lola T70 of James Cullen and Frank Beck has taken control in Group A while two-time Classic Daytona winners Roger Motorsports moved to the lead of Group E with drivers Andy Wallace and Doug Smith in the 2005 No. 38 Audi R8 LMP after winning the division's second race, which finished just before midnight.

While none of the Group A, B, C and E leaders are surprises the pacesetter in Group D is somewhat of an eye opener. In last year's Classic Daytona, Steve Cohen and Ray Snowdon were the top GT finishers while finishing sixth overall in Group D in their quick 1992 No. 5 Oldsmobile Aurora GTS from Sundry Racing.

This year, Cohen and Snowdon have stepped up to lead Group D overall in the No. 5 Oldsmobile, running a typically quick pace and pouncing when the faster prototypes in the division faltered early.

Another quick GT contender set the early pace in the opening race for the competitive Group F division. The Automatic Racing 2009 No. 22 Aston Martin Vantage GT4 of Steven Davison and teenager Finlay Hutchison was first after race one and led the field to the green flag when Group F started the first Sunday race of the Classic Daytona just past midnight.

Notable early retirements include the 1974 No. 88 Greenwood Corvette that Jordan Taylor was set to share with co-drivers Jean Bernard Bouvet and Jim Pla. The French Spirit of Calgary team rallied to replace the motor in the No. 88 after an issue earlier in the weekend only to see Taylor forced to the pits after just 12 laps with clutch failure in the opening Group B race.

The Rogers Motorsports No. 44 Jaguar XJR7 of Wallace, Smith and James Gue also saw an early end to its 2018 Classic Daytona as the car was retired in the second Group C round with a likely head gasket issue that was causing the car to overheat.

The HSR Classic Daytona 24-hour race will run straight through to the checkered flag Sunday at 1 p.m. EST. Spectator tickets can still be purchased at HSR Registration at DIS Gate 40 off Williamson Boulevard from now through 11 a.m. EST Sunday. 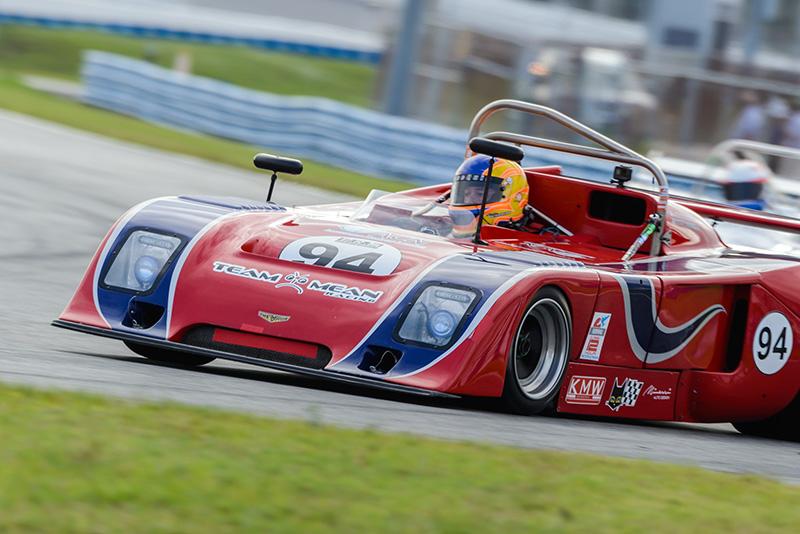