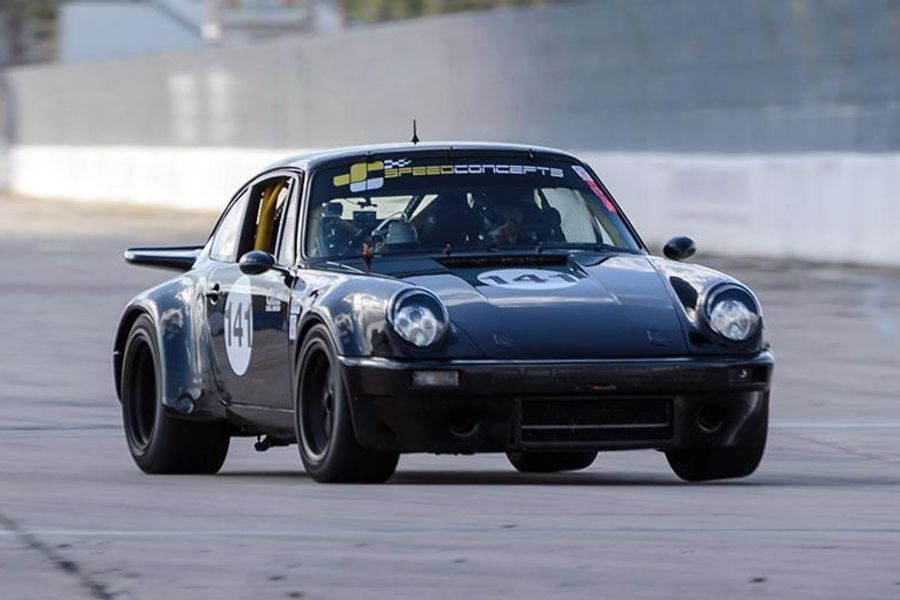 The Historic Sportscar Racing (HSR) Classic 12 Hour at Sebring, Pistons and Props, officially began yesterday at Sebring International Raceway where opening practice for the weekend's featured event shared Thursday's schedule with three races that were part of the season-ending HSR Sebring Historics.
In addition to the second annual HSR Classic 12 Hour at Sebring, Pistons and Props, presented by the Alan Jay Automotive Network, the Sebring weekend also brings down the curtain on HSR's season-long 2017 WeatherTech Sprint and B.R.M. Chronographes Enduro series.
The one-hour B.R.M. Vintage and GT Classic Enduro, as well as the season-ending rounds of the Bob Woodman Tires International/American Challenge and HSR Global GT series, moved this weekend's full-schedule of on-track action off to a competitive start on Thursday.
Todd Treffert doubled-up on wins in his Speedconcepts 1974 No. 141 Porsche 911 IROC, scoring the overall and GT win in the one-hour B.R.M. Enduro and taking International-class honors in the Bob Woodman Challenge. Treffert was making his first HSR start since scoring multiple wins in this past April's Classic Motorsports Mitty at Road Atlanta.
Treffert shared the top step of victory lane with fellow Thursday winners Travis Engen and Curt Vogt. Engen raced his GMT Racing-prepared 1962 No. 1 Lotus 23B to the B.R.M. Vintage division win while Vogt scored the overall and American-class victory in the Bob Woodman race for the second year in a row at Sebring in his 1970 No. 23 Ford Mustang Boss 302 prepared by Cobra Automotive.
Vogt shared the Bob Woodman American podium with Cobra Automotive teammate Gary Moore, who finished second in the No. 98 Shelby GT350, and Grahame Bryant who placed third in his 1967 No. 29 Camaro Z/28.
Joining Treffert in the top-three in the Bob Woodman International class were runner-up Mike Banz in his 1974 Heritage Motorsports No. 13 Porsche 911 RSR and Pablo Peon who crossed the line in third in his 901 Shop No. 11 1973 Porsche 911 RSR.
The day's other race winner was Bill Binnie, who drove his Binnie Motorsports 2010 No. 43 Ferrari F430 GTC to the HSR Global GT victory. Binnie's win was the first for a Ferrari in the second-year Global GT series that is a showcase for modern but recently retired GT race cars.
Mac McGehee finished second in his Autometrics 2010 No. 097 Porsche 997 GT3 Cup, hitting the Global GT podium at Sebring for the second-consecutive year after a third-place showing in 2016. Carlos de Quesada was third in Global GT in his Alegra Motorsports 2004 No. 90 Porsche 996 RSR.