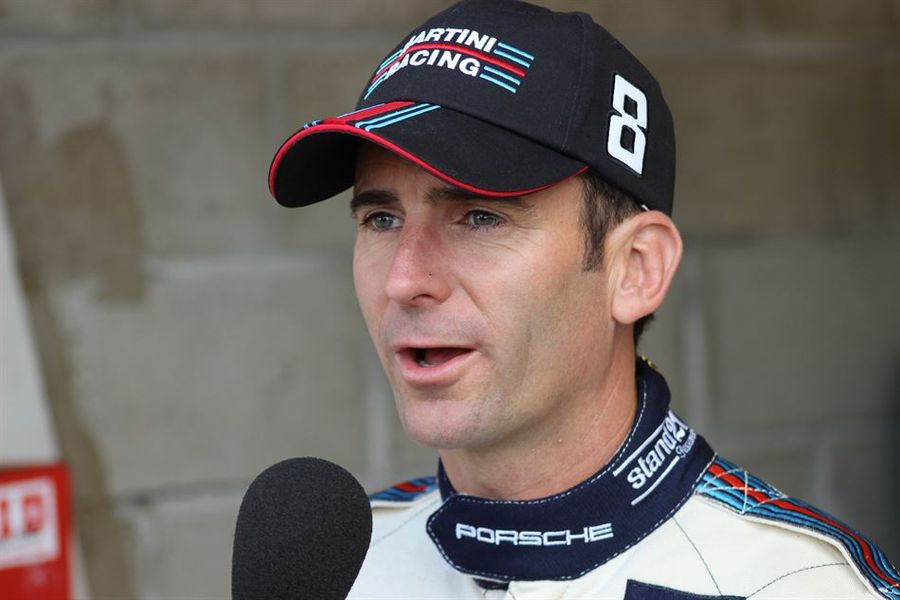 Just three weeks after taking a last-minute Le Mans win in the high-tech Porsche 919 Hybrid, French racer Romain Dumas is back at Le Mans, but this time in a Porsche of an earlier vintage in the Group C race. Due to share a 1989 Porsche 962C with Manfred Freissinger, Romain is now driving the car solo, and slotted the freshly rebuilt racer into sixth after first qualifying.

A star of the Friday afternoon Le Mans Classic press conference, we caught up with Romain after the media gathering, and asked him how the 962 compared to his WEC challenger.

“There is a big difference between the Porsche 962 and the 919 – about 40-seconds a lap!” said Romain. “This was an idea from Manfred Freissinger, I first drove for him at le Mans in 2001, and he said he would like to drive the 962 with me, but this morning he decided to let me do all the driving.

“It is very nice to be racing here in France so soon after our Le Mans victory and in a 962, which was the first prototype I saw when I was young – for me it has always been a very important car and one I am really happy to drive this weekend. The car is good fun, but very different, we have no radio, no lap times in the car, and there was no pit board to tell me how we were doing!

“The car is completely new and has just been rebuilt and is beautiful, but so far the set-up is not quite there so tonight we should be even better. It was fun to have a manual gearbox, I have my own rally team and we have been building some historic 911s so I have been used to having to blip the throttle on the downshifts, I didn’t have to learn it again.”

Second Group C qualifying is at 20.05 local time with the race set for noon tomorrow.