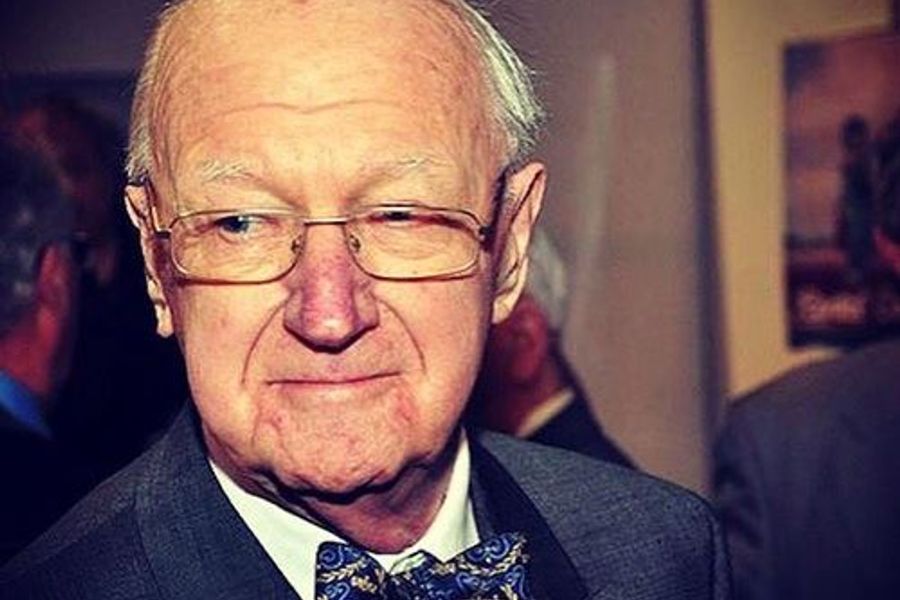 Click on the Video tab for the final interview with Brian Lister.

Brian Lister, who died aged 88 on December 16th, was one of Britain’s greatest unsung racing car builders. From its inception in 1954, Lister quickly became a benchmark for the front-engined sports racing car. The Lister ‘Knobbly’, as it was known, had few competitors.

Brian Horace Lister was born on 12 July 1926. He and his brother Raymond were the two sons of Horace and Nell Lister. Horace had joined the family engineering firm (established by his own father George in 1890) after the Great War and who had himself been trained as an engineer at Brotherwood’s in Peterborough, a torpedo manufacturer.

After attending the Perse School in Cambridge, Brian Lister was apprenticed to George Lister and Sons in 1942, completing his training in 1946, when he joined the Royal Air Force for two years of National Service. He chose the RAF for the twin reasons of engineering interest and an enthusiasm for Jazz music: “The RAF had the best bands...” he put it. He became a well-known performer with the drums, having formed a band, the Downbeats, during the war. It was an enthusiasm which never left him.

Another was the motor car. He had bought his first, a very tired ex-police MG, as soon as he was able, which was swiftly replaced by a Morgan 4/4, followed by a Cooper-MG. Lister rejoined the family firm in 1948.

In post-war Britain motor sport was fashionable and Brian helped to co-found the Cambridge 50 Car Club, another member of which was an oddly diminutive Scot, W.A. ‘Archie’ Scott Brown. The two men became firm friends and shared a mechanical guru, Donald Moore, who maintained the hard-worked engines on both their cars.

John Tojeiro, in nearby Huntingdon, was a customer of Lister Engineering and Brian Lister bought the second Tojeiro ever built, which he started to enter in sprint events in 1951. He was almost beaten by Scott Brown and on Moore’s advice handed the feral car over to him for the rest of its career; his own interest was veering towards being a constructor.

He asked his father to fund the development of a car bearing the family name. Horace assented, and by the Summer of 1953 the project was underway. Brian would build the car, Don Moore would provide an MG engine and Scott Brown would drive it. The car made its debut on April 3, 1954 at Snetterton. It won.

But at the British Empire Trophy race at Oulton Park a week later there was a huge potential setback. Scott Brown was severely disabled; possessed of only one hand and foreshortened legs, he stood only five feet tall. Another competitor protested his entry on safety grounds and his racing license was summarily withdrawn until, on appeal, it was restored two months later. But Lister kept his faith in Scott Brown, engaging other drivers only as long as Archie was unable to drive the car. It was to be one of the most remarkable synergies in sport.

The Lister car evolved rapidly, powered by Bristol and, later, Maserati engines. On the strength of his Lister drives, Scott Brown was retained as a Formula 1 driver for Connaught, which frustrated Lister’s own efforts in Formula 2 somewhat. Then, in 1957, the Lister-Jaguar appeared, which drew everyone’s attention. That season, out of fourteen races entered, it won twelve, setting either fastest lap or an outright record on each occasion. Unsurprisingly, customers appeared for the next year and the car was put into production for 1958, powered either by a Jaguar engine or, for the American market, a Chevrolet option. Lister was suddenly in the first rank of sports car builders, yet Brian achieved international success with great humility and on a budget much smaller than the major racing teams.

It was at Spa, in May 1958 that the great adventure started to falter; Scott Brown died after a fiery crash and Brian needed persuasion to keep going. He did, but only after some lengthy introspection on his part. He continued, but persistent deaths in Motor Sport gave him pause for more thought. Finally, in the Summer of 1959, after the deaths of Ivor Bueb and Jean Behra (neither of them in Lister cars) he withdrew from racing completely, supporting existing customers until the effort wound down in the 1960s. His last foray into racing was the preparation of the works Sunbeam Tigers for the 1964 Le Mans race.

He remained actively involved in Lister Engineering, taking it successfully into the field of packaging machine manufacture, and continued with his interest in music, performing publicly as late as 1990. In 2014 the Lister ‘Knobbly’ was reborn under the stewardship of the Whittaker family and turnkey replicas are now built at the same Lister factory in Cambridgeshire for historic racing. Weeks before he died Brian inspected the first continuation Knobby built and was delighted that the Lister legend lives on.

An unfailingly polite, drily humourous but essentially diffident man, despite his affection for highly colourful bow ties, Brian Lister viewed his professional association with Archie Scott Brown as both the highest point of his career but, all too suddenly, also the lowest.

He married, in 1951, Josephine Prest, who survives him. They had one daughter.