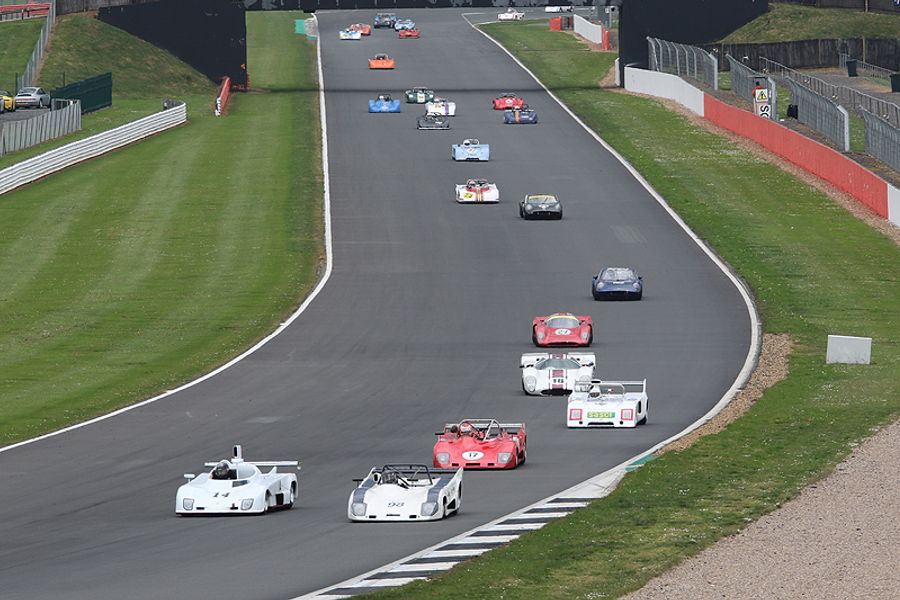 The sublime Brands Hatch Grand Prix circuit is the next destination for the HSCC Thundersports Series during this weekend’s Legends of Brands meeting (29th/30th June).

An excellent 25-car field will contest two 30-minute races as the Historic Sports Car Club’s Thundersports concept returns to its spiritual home at the Kent track. At its height in the 1980s, the original Thundersports series was a support race to the British Grand Prix at Brands.

Cars of the type used in the World Endurance Championship, FIA GT Championship and FIA 2-Litre Sports Car Championship will race, along with Can-Am sports-racing cars from the heydays of the category in the 1970s. Just as in period, Sports 2000s are encouraged into the series with a dedicated class covering all Ford Pinto-engined cars from right through until 1990. GT cars from the era are also welcome to join the grid.

The Thundersports season started at Silverstone in mid-May with a field headed by the stunning DFV-powered Lola T282 of Leo Voyazides, the Chevron B26 of John Burton and the thundering 8-litre Can-Am McLaren M8F of Dean Forward.  Many 2-litre sports-racers and a bumper field of Sports 2000s packed out the grid.

Forward is back for Brands with the vast ex-John Foulston McLaren M8F, which he races on behalf of its owner Jamie Thwaites. Having mastered the monstrous McLaren on the open spaces of Silverstone, Forward will now tackle the rather different challenge of the three-dimensional Grand Prix circuit at Brands.

Burton, meanwhile, is one of Britain’s most experienced sports-prototype racers of his era and was a star of the European 2-litre Sports Championship in 1970s. He’s had a life-time love affair with Chevrons and continues to race his B26 with pace and style.  Other rapid 2-litre cars include Lolas for Tony Sinclair, Mark Richardson and Simon Watts, Osellas for Vic Nutter and John Spiers, the Chevron of Andrew Schryver and the March 75S of Kevin Cooke.

A major feature of Thundersports is the tremendous field of Ford Pinto-powered Sports 2000 and this will be very much a race within a race. Category pacesetters include former Le Mans racer Ross Hyett, Jonathan Loader and Andy Chittenden, while Andreas Floth is a welcome European visitor in his Lola T492.

Thirty Plus Field for HTC at Eastern Creek