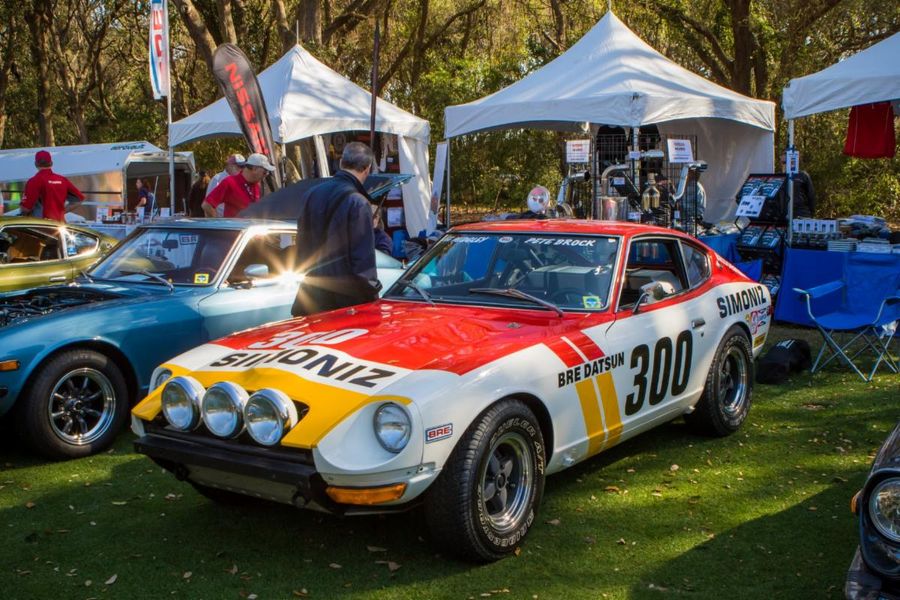 Fifty years ago this week, on October 22, 1969, Nissan Motors hosted the International Preview of the Datsun 240Z. Held in the Grand Ballroom of the Pierre Hotel in New York City, the new vehicle was well-received and celebrated in the press.

The 240Z's attractive design and excellent performance surprised the automotive community. Affordable pricing made Nissan's sports car a viable option for many.

In 1970, Car and Driver would write: "The difference between the Datsun 240Z and your everyday three-and-a-half thousand dollar sports car is that about twice as much thinking went into the Datsun. It shows. For the money the 240Z is an almost brilliant car."

Fifty years have passed since the Z car's reveal, but the passion for Datsun’s iconic sports car is alive and well. On March 7, 2020, The Amelia will celebrate the Golden Anniversary of the 240Z with a focused Nissan/Datsun corral at Cars & Coffee at the Concours presented by Heacock Classic.

Entering your vehicle involves an application and a small registration fee. Cars & Coffee at the Concours is now accepting applications for 2020. Visit Cars and Coffee for more details and updates.