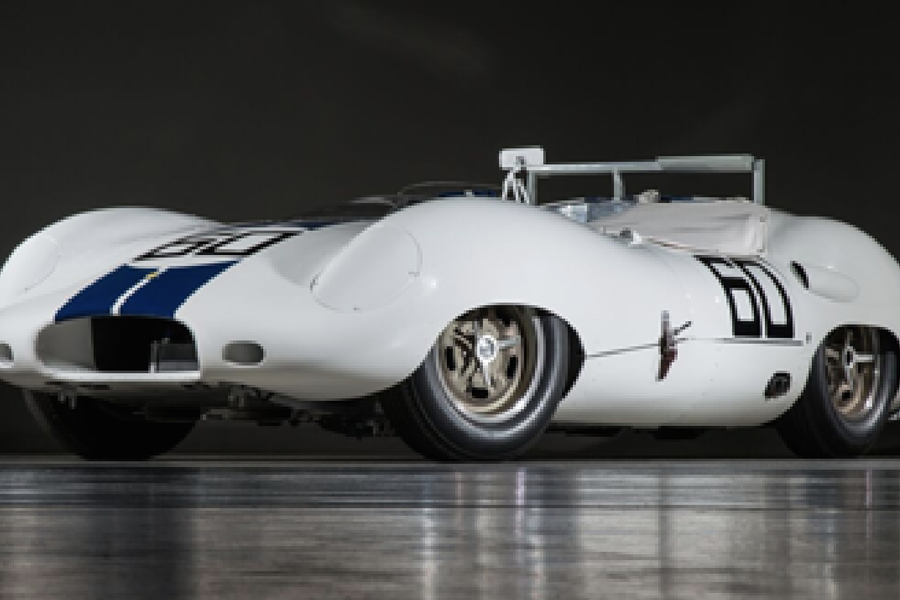 An original Lister Costing with a well-documented race history is now for sale from Lister Cars, a 1959 car raced by Briggs Cunningham’s well-known race team in the US, chassis number BHL-123.

Having run their own cars in events including Le Mans in the early 1950s and then moved onto to running Jaguar D-Types, before taking on a pair of Knobbly Lister Jaguars. Driver Walt Hansgen won the 1958 SCCA C-Modified Championship with one of them. For 1959, Cunningham was ready to try the new Costin-bodied version, which featured Frank Costin’s aerodynamic body design and the Jaguar engine once more..

BHL-122 and BHL-123 were the first two Costin Lister Jaguars built and Briggs Cunningham received BHL 123 in time for the 12 Hours of Sebring race in March 1959, where it was shared by Stirling Moss and Ivor Bueb. These wee two experienced drivers, Moss at the top of his game while ”Ivor the driver" had won Le Mans for Jaguar in 1955 and again in 1957 driving a modified Jaguar D-Type for the privateer Ecurie Ecosse team.

At Sebring the duo were front runners, and were leading after five hours. Moss was later on in third  when he pulled in for a scheduled refuelling stop. Impatient to rejoin the action, Moss left the pits before the tank was full and later he ran dry on the course. Under the rules of the time he would have been permitted to walk back to the pits for a fuel can, but was disqualified was disqualified because he hitched a ride back!

BHL-123 was subsequently raced with great success by the Cunningham team for the rest of the year. In a dozen races that year, Walt Hansgen scored four victories (at V.I.R., Cumberland Maryland, Bridgehampton, and Watkins Glen) to win the 1959 SCCA C-Modified National Championship. BHL-123 was also driven that year by Briggs Cunningham himself, who placed third at Thompson Raceway. At the end of the racing season, Cunningham sold BHL-123.

Having been part of a Bonhams sale in the US in January but not having sold, the Lister is now offered at the more attractive price of £925,000, contact Lister Cars on info@listercars.com if this could be the car for you!