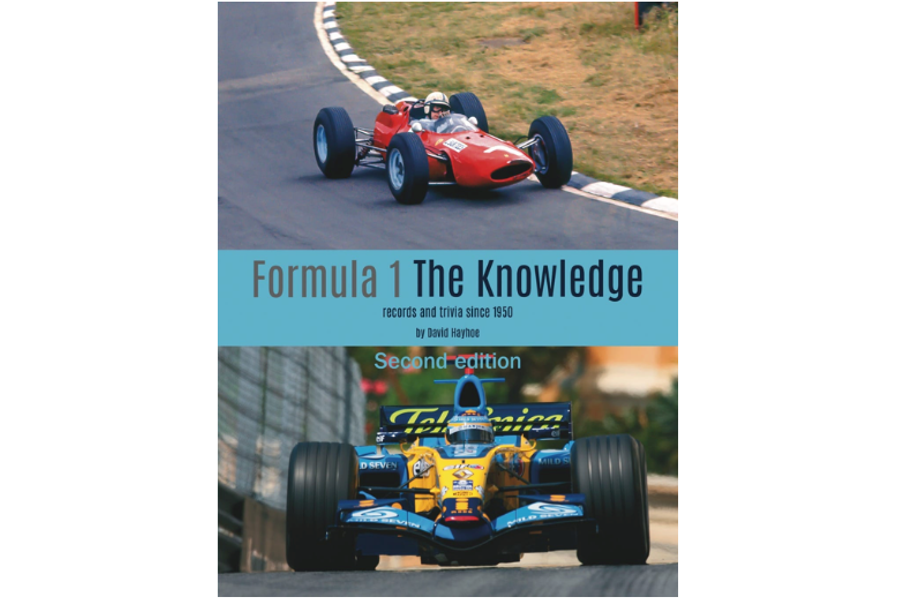 This is the second edition of Heyhoe's all-encompassing book which covers Formula One facts from 1950, so therefore all of it! Indeed the book should come, not with a dust jacket but instead with its own mini anorak, such is the unbelievable depth of the information in this book. Do you want to know which manufacturers won the opening race of the season but didn't win again that year? Turn to page 357. (The answers are BRM in 1966, Cooper in 1967, Brabham in 1970 and Lotus in 2013).

Sports fans tend to fall into one of two camps. Those who like the atmosphere and the drama versus those who enjoy the statistics and the facts. It is a well trodden path in the HistoricRacingNews.com offices because Paul Tarsey is very much a 'heart' enthusiast whilst Paul Jurd is a statitician. Both love their sport and simply get different things from the history of our sport. We know whose bookshelf this will end up occupying! That said, there is almost infinite information in this book for any fan who wants to start any Formula One conversation with "did you know...". 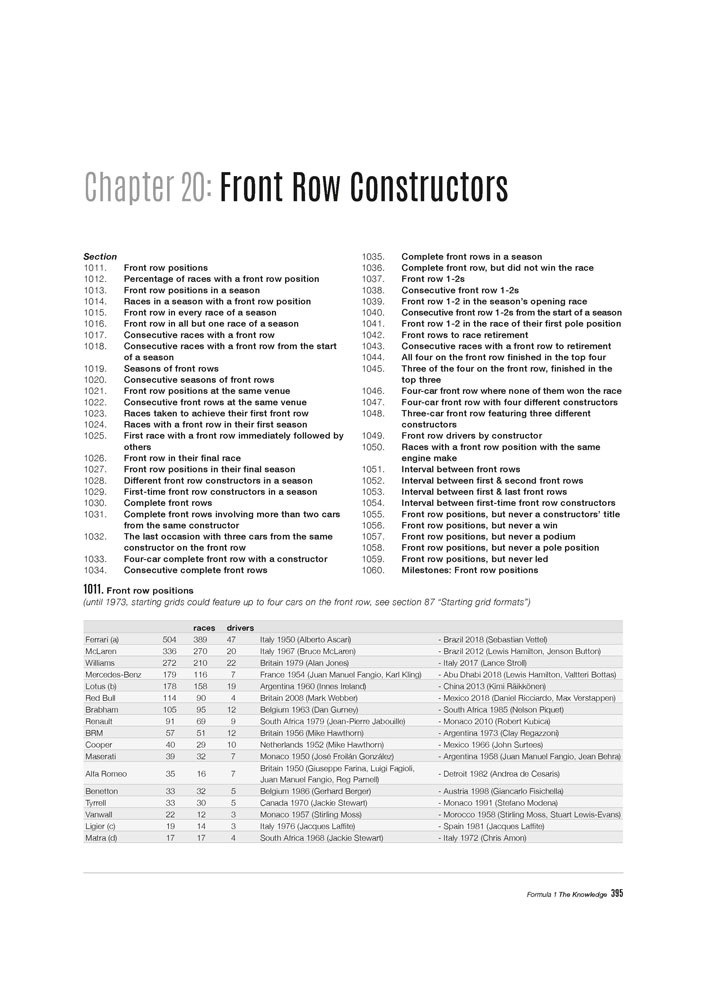 Section 1134 deals with teams who led races in their final season, for example. This list throws up some oddballs; Spyker led six laps in 2007 and Lancia 13 in 1955 whilst Stewart are almost at the top of the list having led 84 laps in 1999 before the team became Red Bull. But the outstanding winner here is Brawn, who led 405 laps in 2009, their one and only season, before morphing into Mercedes). Great pub quiz stuff.

Surprisingly for a book of statistics, the photographs are excellent and are printed exactly as they would have appeared in period which, for anyone who remembers racing in the fifties, sixties or seventies, is exactly how we want to see them.

This book creeps up on you though. You start by thinking that 543 pages are going to be as dry as dust but it draws the reader back time and time again to find out just one more nugget of information. Just so the next conversation can start with those immortal words "did you know....."

Veloce Publishing have produced an excellent book here, made all the more attractive because the £60 cover price is subject to an amazing 35% discount whilst the lockdown is in place. Just quote stay-indoors-and-read when ordering online at Veloce.co.uk.