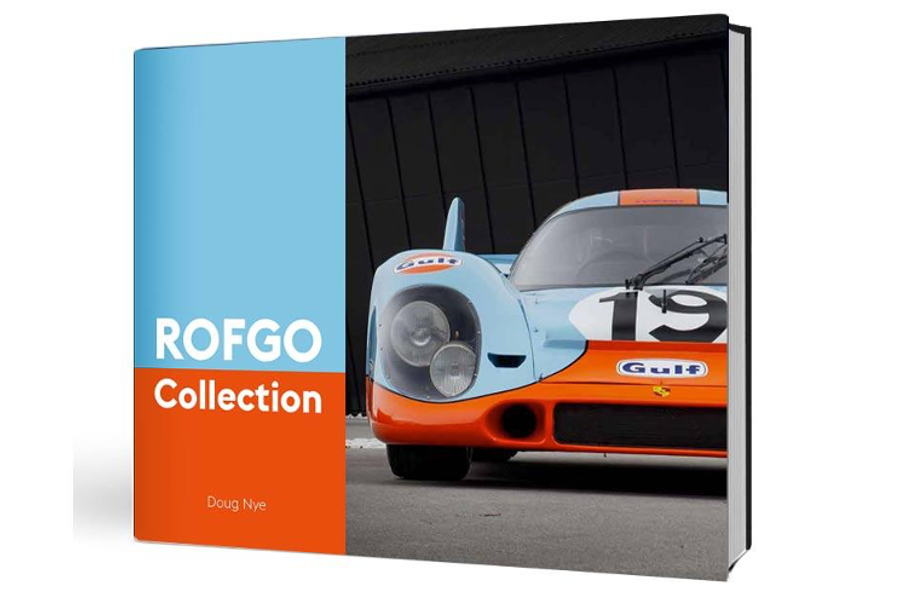 You would have thought that everything which could be written about the Rofgo Collection had already been published, but this new book from Porter Press is in, quite simply a different league.

Porter Press have a reputation for producing very high quality books on a variety of subjects, and they are without doubt, the right partners for this undertaking. The fact that they have managed to persuade Doug Nye to research and write the text is a further icing on the cake. And (to continue the baking analogy) the great big cherry on the top is the brilliantly executed photography of every vehicle in the collection, including the huge JW Gulf race transporter.

Doug Nye hits the perfect spot with this narrative. He is informative without being 'preachy' and shows his knowledge and research without in any way being patronising. He explains how Rofgo founder Roald Goethe (the Rofgo title is derived from the oil trader's own name) fell in love with the pale blue and orange cars in his youth and gradually acquired cars until he realised he had a 'collection'. Together with Adrian Hamilton, son of 1953 Le Mans winner Duncan, he put together this impressive ensemble. Every car, and there are over thirty of them, in the collection, from Mirage M1 to Aston Martin GTE, are covered in depth, detailing their individual history from their race debuts right up to the present day. 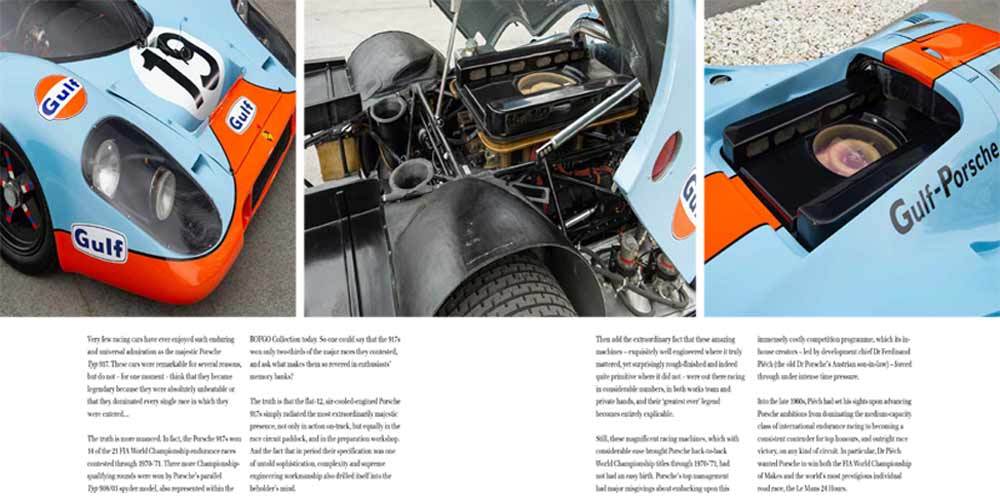 This is a living and working collection, with many of the cars having a new life at the finest historic events in the world, and both Goethe himself and Rofgo professional Stuart Hall have seen success in various cars from the collection. But it's not only the high achievers which rate a place at the Rofgo Collection, with the ill-starred Mirage-Westlake and the little-known Mirage M5 Formula Ford also having their own space in the book. Whilst there are many period photographs in the book, it would have been nice to see the cars in the various different liveries as other owners ran them in their post-heyday guises, prior to being brought back to their original blue and orange.

As you would expect, Doug Nye has interviewed many key players about their own involvement in the evolution of some of the cars and, where those individuals are no longer with us, extensive research into interviews, magazine articles and books from the period bring a depth of knowledge to the reader which could so easily have been overlooked.

But it would be wrong to assume that this is a book only about those glory days of the '60s and '70s. The book comes right into the twenty first century with the cars run by various teams and drivers, notably by Roald Goethe himself, including his Le Mans Aston Martins, one of which is preserved in its road dirt-encrusted state, looking forever as if it has just crossed the finish line at La Sarthe.

Each car is covered individually, and hence this is a very easy read. Whilst it is hard not to try to read the book from cover to cover in just a few sittings, it is easy, and probably more worthwhile and enjoyable, to take each listing car by car. There is a comprehensive index at the end of the book, detailing individual lifetimes of the cars for those of us who want to delve still further.

The ROFGO Collection by Doug Nye is available direct from Porter Press priced at £75 (porterpress.co.uk).; There are only 900 of these books available worldwide and they are sure to be in high demand. If you really want to push the boat out, there is a very limited edition version on high quality art paper and signed by both the author and Derek Bell at £400, this version being limited to just 30 copies.

The demand for books of this quality has been high, particularly of late, but the combination of subject matter, quality of production and the superb writing, put this at the very forefront of any motorsport book collection. Book of the Year? Could be...