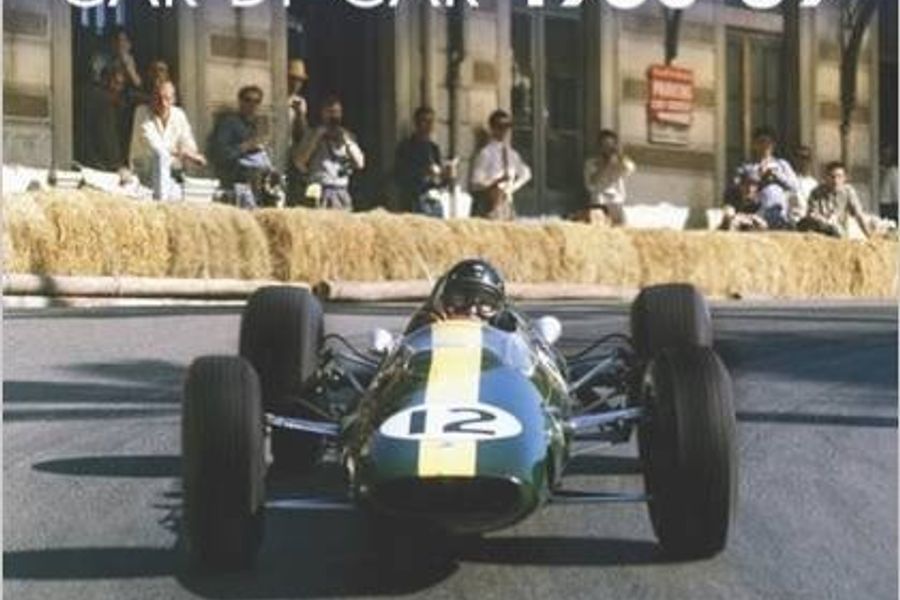 Recently released by Evro Publishing, Formula 1: Car by Car 1960–69 is the first book in a decade-by-decade series covering the entire history of the Formula 1 World Championship through its cars and the teams that raced them. Peter Higham’s authoritative text is accompanied by 630 photos – in colour wherever possible – showing every car and driver that raced in Grands Prix during the decade. Year-by-year treatment covers each season in fascinating depth, running through the teams and their various cars in order of importance.
This was an era in which most of the successful machinery was British-built and all ten of the decade’s World Champion drivers came from the English-speaking world – from Britain, the USA, Australia and New Zealand. Works teams form the core of the book: BRM, Ferrari and Lotus participated throughout the decade, while Cooper, Porsche, Honda, Brabham, Eagle, McLaren and Matra were the other winning marques.
It was also a period when small teams and privateers were involved in significant numbers and they are all included. Privateers range from well-known names, topped by Rob Walker Racing, the finest privateer operation in Formula 1 history and a winner in this decade with Stirling Moss and Jo Siffert, to one-race wonders long forgotten by even the most dedicated enthusiasts.
The sweep of the decade covers rapid technical development, including monocoque chassis, ever-wider tyres and aerodynamic wings The majority of the photographs have been sourced from LAT, which is one of the largest motoring and motor sport picture collections in the world with over 12-million colour images and black and white negatives dating back to 1895.
The 300-page book is on sale for £50 and subsequent volumes will build into an authorative  catalogue of Formula One machinery.
Peter Higham Book Review Bookshelf Formula One 1960-69