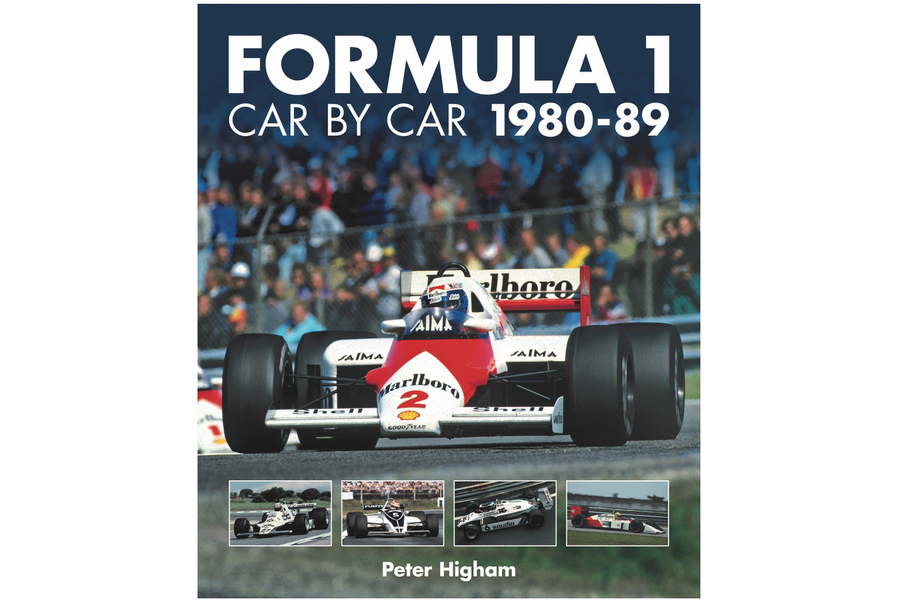 Formula 1: Car by Car 1980–89 is the third in Evro’s multi-volume, decade-by-decade series covering the entire history of Formula 1 through its teams and cars. This instalment examines the 1980s, when the sport moved into its spectacular turbo era, first with Renault, Ferrari and BMW-powered Brabham, then with sustained periods of success for McLaren with Porsche-made TAG engines and Williams with Honda power.

We have to be honest here and admit that we are biased as we loved the love of detail that was in the book that covered the 1970s, and really can’t wait to get our hands on this companion volume. It was a period of change as after the last win for the evergreen Ford Cosworth DFV in 1983, turbos prevailed until regulation change for 1989 brought back normally aspirated engines, now of 3.5 litres.

A delight of this series is that as well as covering Formula 1’s high achievers, the entire supporting cast have a similar level of coverage, and much curiosity lies in discovering the travails of obscure and unsuccessful cars. This wide-ranging, colourful and authoritative book will be treasured by all Formula 1 fans.

Over 600 photos — entirely in colour and all from the comprehensive archives of LAT Images — show every type of car raced by every team and driver, presenting a comprehensive survey of all participants. The sweep of the decade covers sustained technical advances, particularly in carbon-fibre construction and ever-increasing power outputs and the detailed text includes car specifications and technical essentials

Peter Higham works in motor racing as a freelance writer and project manager. For nearly 30 years he worked for Haymarket Consumer Media, publisher of motor racing magazines and websites, and for half of that period he was director of LAT Photographic, the world’s largest motor racing photo archive. A motor racing enthusiast since watching his first race in 1973, he has written five previous books, including the acclaimed International Motor Racing Guide and World Encyclopaedia of Racing Drivers.