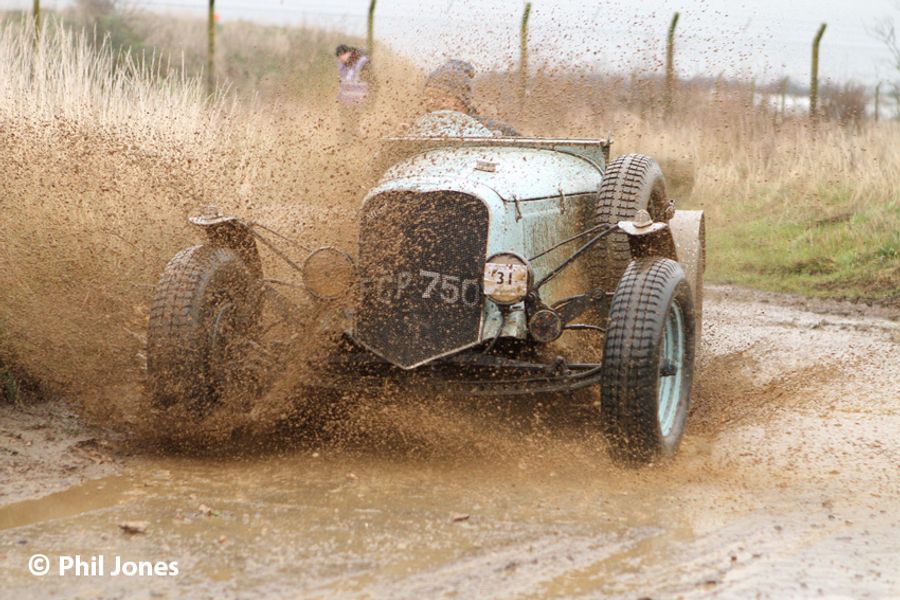 Bicester Heritage welcomed members of the VSCC for the end of season Driving Tests and medicals followed by a Race and Speed forum.

Despite the bleak weather forecast 64 members braved the elements to be tested by Mark Elders’ Brexit themed tests. The event was based in Hangar 113 with the scrutineering, signing-on, medicals, traders and refreshments all based under one roof

An eclectic mix of Marques, the oldest being Luke Roberts in the 1905 Bianchi and the smallest engine in Lucy Halls 1910 AC Sociable at 634cc arrived to be scrutineered in the rain which eased as the morning went on

A selection of tight and longer tests challenged all competitors sorting out the fast and accurate from the rest. Eddie Williams was back behind the wheel putting his car control to good effect with the best score and winning the Modified Sports Car Class in the 1929 Frazer Nash.

Luke Roberts in the Bianchi won the Veteran and Edwardian Class, with Harry Hoskins carrying on his winning streak in the 1929 Morris Cowley, winning the Standard touring cars. Guy Lachlan in his 1930 Singer was clear winner in the Cyclecars and Light Car class.

The standard sports-car class was won by Edmund Burgess in his 1924 Brescia Bugatti and winner of the inaugural Malcolm Elder Trophy (for standard vintage cars). The medical team recruited by Willie Sellars and then organised by the Ricketts family managed 73 medicals raising £6290 which will be distributed between Mission Motorsport, Practical Action and Multiple System Atrophy Trust.