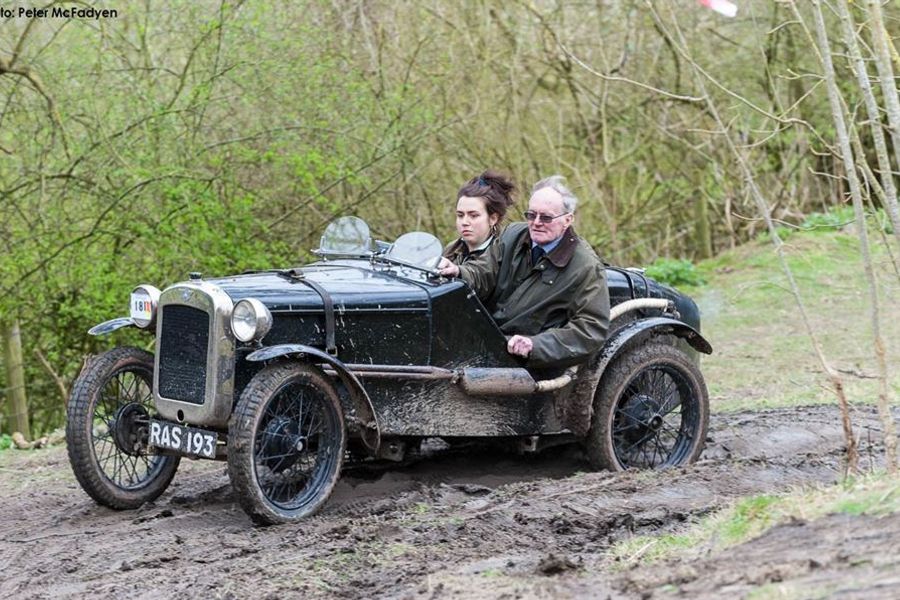 A full entry of 110 Pre-war cars will compete at the Vintage Sports-Car Club’s Herefordshire Trial, the latest in the seven event Trials season, which will be run over this coming weekend, 17th and 18th of March.

After the weather induced cancelation of the John Harris Trial earlier this month, the Club’s trialling fraternity are extra keen to get out onto the hills around the stunningly historic How Caple Court headquarters. Fourteen hills will challenge Competitors over the two days, all testing their mettle. The "oldest" car will be the 1903 Mercedes that Ben Collings pilots so effectively, whilst the “youngest” car celebrating its 80th birthday this year, will be Dr Jonathan Rose’s Allard two seater.

Clerk of the Course Mark Garfitt and his team deserve special thanks for their valiant efforts in organising the trial despite the recent challenging weather conditions.

The Club’s next event is the Scottish Trial based in Coulter near Biggar on 14th April, swiftly followed by the opening round of Formula Vintage being held at Silverstone on 21st and 22nd April, which marks the start of the Race Season for the VSCC, with supporting events and entertainment also being held off track.