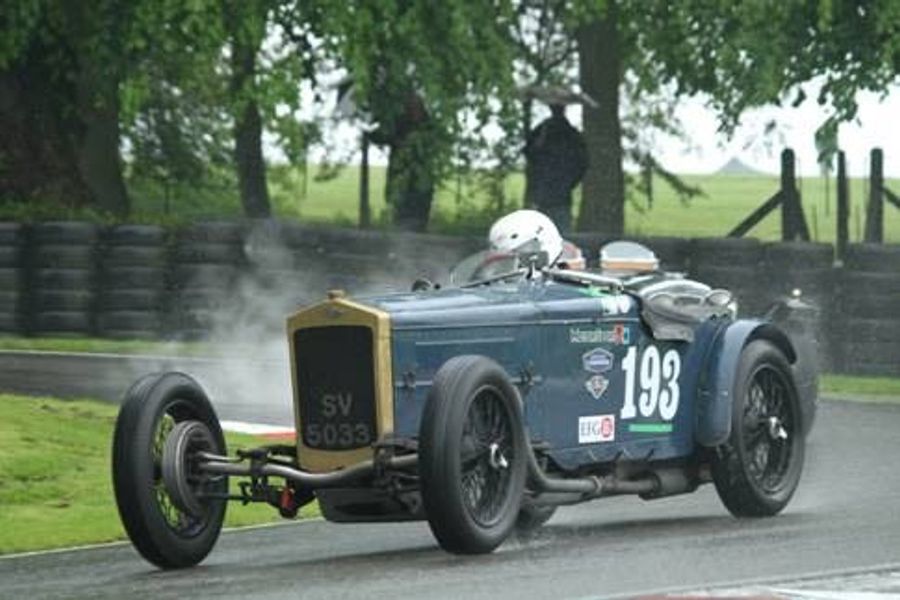 Four legendary ERA voiturettes return to their spiritual Lincolnshire home this weekend, including a first visit in decades for the front-running R3A, as the VSCC prepare for their Shuttleworth & Nuffield Trophies Meeting at Cadwell Park this Sunday 7 June. A mainstay of the Club’s calendar of events since 1976, the famous Bourne-based foursome join another fantastic line-up of Pre- and Post-war Racing and Sports-Cars at the popular venue, for what will be a 10-race programme of Vintage and Historic motorsport. The day’s Shuttleworth & Nuffield Trophies boast some of the VSCC's most prestigious silverware. This year sees the day’s title race for Pre-1961 Racing Cars combined with the John Holland Trophy for Vintage Racing Cars, to form one grid.
From the aero-engined 1918 Amilcar-Hispano Special to the famous AC/GN ‘Cognac’ – a car that competed at the Club’s first Cadwell event – the ERAs, through to original Post-war Racing machines such as the 1952 HWM GP and 1957 Kurtis Indy-Roadster, this is sure to prove a highlight of the Historic Racing season.
Pre-war Sports-Cars will of course be well-represented, with long-established Geoghegan and Melville Trophy races as well as two special single Marque races.The traditional home of the annual Race for Frazer Nash and GN Cars, members of the FNCC will be out in force at Cadwell again to compete in the ever-popular ‘Nash Race’, as well as a number of the other prestigious VSCC Trophy Races in the programme whilst the day will also mark the 90th Anniversary of the 1925 Frazer Nashes.Following last year’s inaugural Riley Handicap Race at Pembrey, the VSCC bring the event for the Coventry-based marque to Cadwell this year, and have renamed the race in memory of Garry Whyte, who raced his Riley 12/4 Special with the VSCC over several seasons and who sadly passed away last year.
The historic Spero & Voiturette Trophies for small capacity cars, an invited grid from the Morgan Three Wheeler Club Challenge, as well as ever-popular Pre-war Short Scratch and Handicap formats complete an exciting day of motorsport.