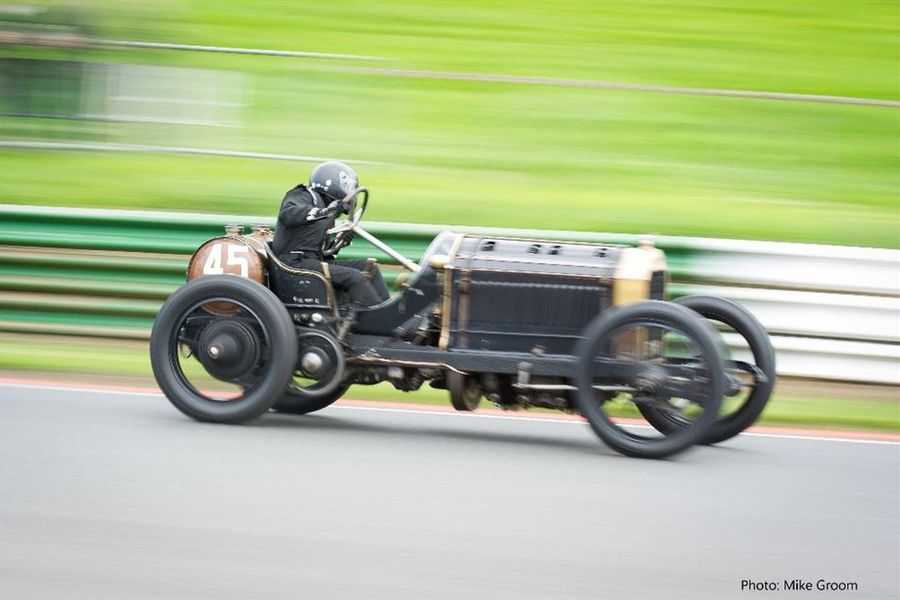 Formula Vintage returns to Mallory Park for the fourth round of the 2018 season on Saturday 11th August.

The 12 race programme includes the usual line-up of historic and pre-war grids, as well as the inaugural running of the Herbert Austin Challenge with competitors from both the VSCC and 750MC taking part. With the meeting including the guest grids for the Morgan Challenge and the 500cc Formula Three series more than 180 competitors should be in race action.

A highlight of the day will be the Edwardian Handicap Race for the Dick Baddiley and Edwardian Racing Trophies which sees veteran machines take to the track. The oldest car on the grid will be the 1904 Pope-Toledo Gordon Bennet owned by Hicky Hickling and driven by Rob Hubbard, who last year was third in this race in his 1911 Sunbeam - a similar car to that which Dick Baddiley competed in during the first Edwardian race at Mallory Park in 1991.

Also on track will be a dedicated Under 30s Handicap Race for younger VSCC members. With a full grid of 22-cars, and two reserves, ranging from a 1914/1918 Vauxhall A/D Type owned by Alistair Lockhart and driven by Rebecca Smith to a 1935 Wolseley Hornet Special owned by John Seber and driven by David Seber.

The spirit of the VSCC is highlighted by the fact that 16 of the entries are being loaned to the young members by their older counterparts. Youngest driver in the race will be Louis Parkins, who at 18 is set to complete in his second VSCC race having raced Matthew Parkin's 1927 Frazer Nash Super Sports at Cadwell Park.

Off track entertainment includes an Edwardian Grid Walk in during the lunch break. The VSCC is also celebrating cars that turn 100 in 2018 with a display on the outfield available throughout the day.