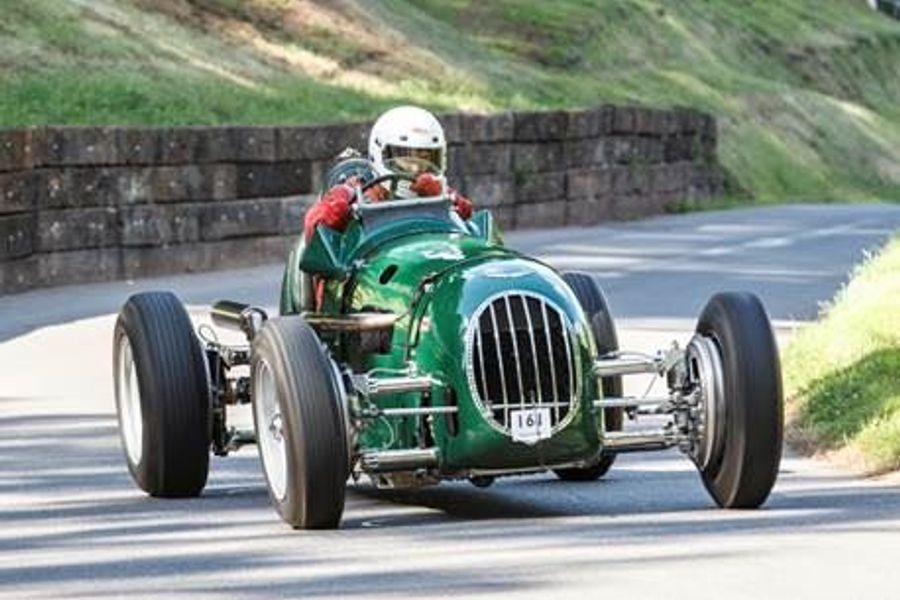 It was another great weekend (July 1st and 2nd) as two of the most celebrated names in Pre-war motorsport joined forces for the Vintage Sports-Car Club’s ‘Vintage and Post-Vintage Thoroughbred Meeting’, hosted by the Midland Automobile Club at the historic Shelsley Walsh Hill Climb last weekend.
New for this year, the ever-popular event at the world’s oldest motorsport venue spanned a full weekend of vintage motoring, forming the sixth round of the 2017 VSCC Speed Championship.
A strong turnout of enthusiasts descended on the historic Worcestershire site, which was bathed in glorious summer sunshine throughout, to enjoy another thrilling hill climb competition set against the familiar relaxed and nostalgic atmosphere of the paddock, with a wonderful array of the VSCC’s Pre-war Racing and Sports-Cars on display, alongside a small selection of invited Post-war machinery, which added welcome variety.
With a host of the perennial challengers in attendance it proved a colossal battle for top honours as Ian Baxter got the better of Nick Topliss in the highly fancied ex-Raymond Mays ERA R4D and others to claim a stunning overall victory in his Alta 61 I.S. Single Seater.
Built in 1937 for Philip Jucker, the monoposto was raced by him in the Campbell Trophy Grand Prix at Brooklands on 1st May in that year before a fatal accident a month later during practice for the RAC Light Car Race on the Isle of Man. The car was then re-built by Alta for George Abecassis, who successfully campaigned it in more than forty races Pre-war, continuing to take part in Race and Hill Climb events until 1947.
Leading the way after Saturday’s practice day, Baxter went on to dominate proceedings during the main competition, setting the only sub-34 seconds times with a best of 33.43 secs to top the standings, 0.8 seconds ahead of the ex-Basil Davenport GN Spider II of Martin Spencer, who was a further tenth ahead of Topliss’s ERA.
Tom Walker claimed yet another ‘Top Vintage’ accolade in the Hispano-powered Amilcar, claiming class honours by just 0.3 seconds ahead of rival Julian Grimwade’s Frazer Nash Norris Special in the process, whilst Mark Brett’s Ballamy-Ford V8 led the Sports-Car ranks with the sole sub-40 second run by a road-going machine.
A half dozen entrants contested the ‘Under 30’ stakes including a quartet of the VSCC’s leading young lady drivers, with Stephanie Wilton setting the pace in her Cooper Bristol, ahead of Hannah Enticknap in the ex-Freddie Giles GN Salome, Stephanie’s sister Francesca in the family’s Kay Petre Replica Austin 7 and Rebecca Smith, showcasing her talent once more with a runner-up finish in the Edwardian Class in Alisdaire Lockhart’s Vauxhall A/D Type.
Also enjoying class success were the Frazer Nash of club president Geoff Smith, John Gillett’s ex-Prince Bira MG K3 and David Pryke, piloting his trusted Morgan/Riley 4/4 Special following mechanical issues for his newly restored Frazer Nash Shelsley Single Seater, whilst Mark Purnell’s Riley and the Vintage GN Spider of David Leigh were also winners amongst the Racing cars and Hugh Mackintosh heading the Edwardian line-up in his 1917 Hudson Super Six.
The next round of the 2017 VSCC Speed Championship will take place at the VSCC’s celebrated Prescott Vintage Speed Hill Climb weekend near Winchcombe in Gloucestershire on 5th/6th August, an event first held by the VSCC in 1938.
The next event will be round three of the VSCC’s Formula Vintage Race Season, taking place at Cadwell Park in Lincolnshire on Sunday 23rd July.