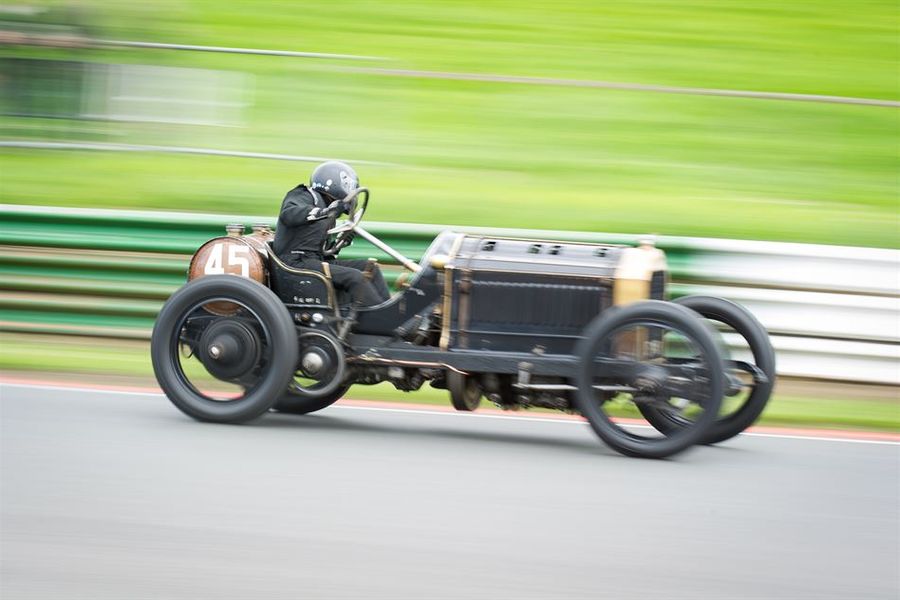 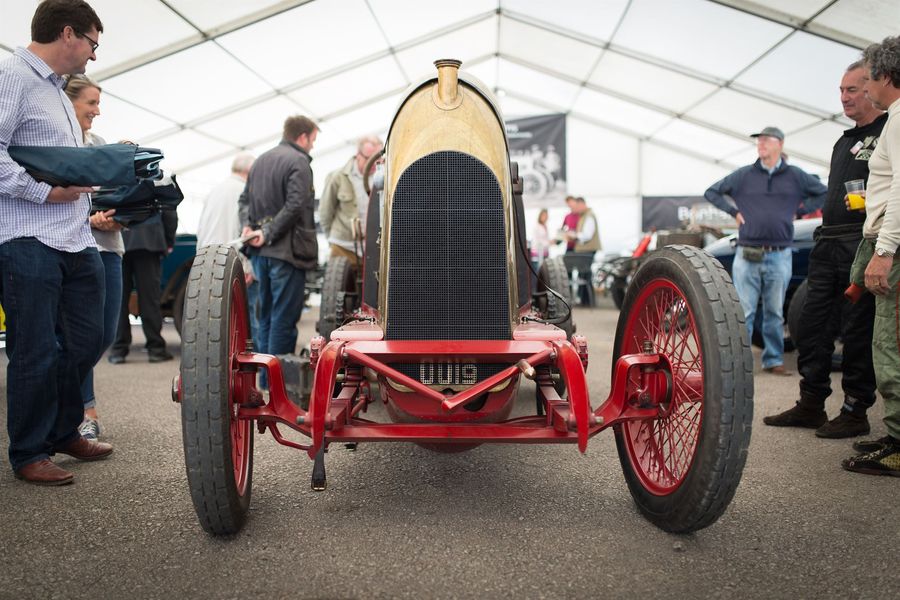 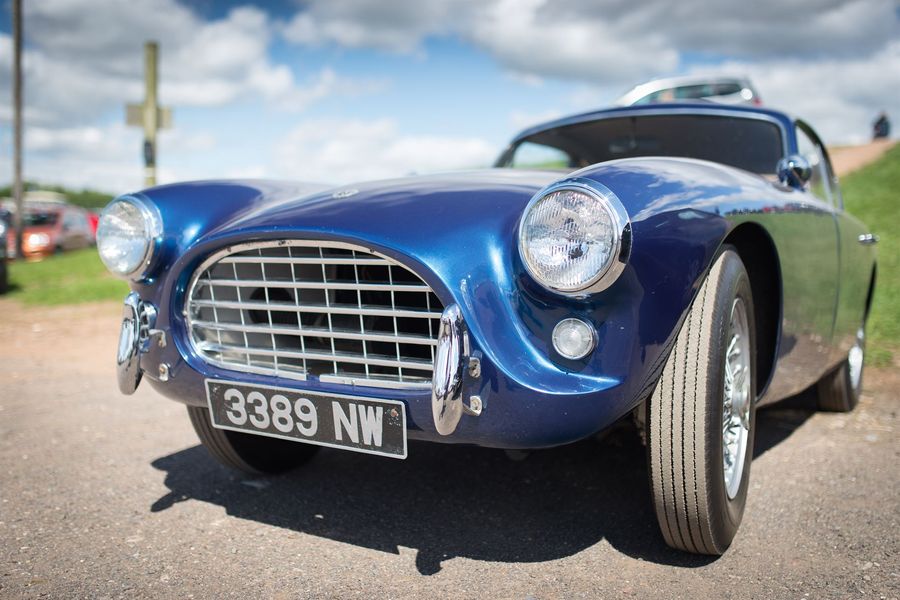 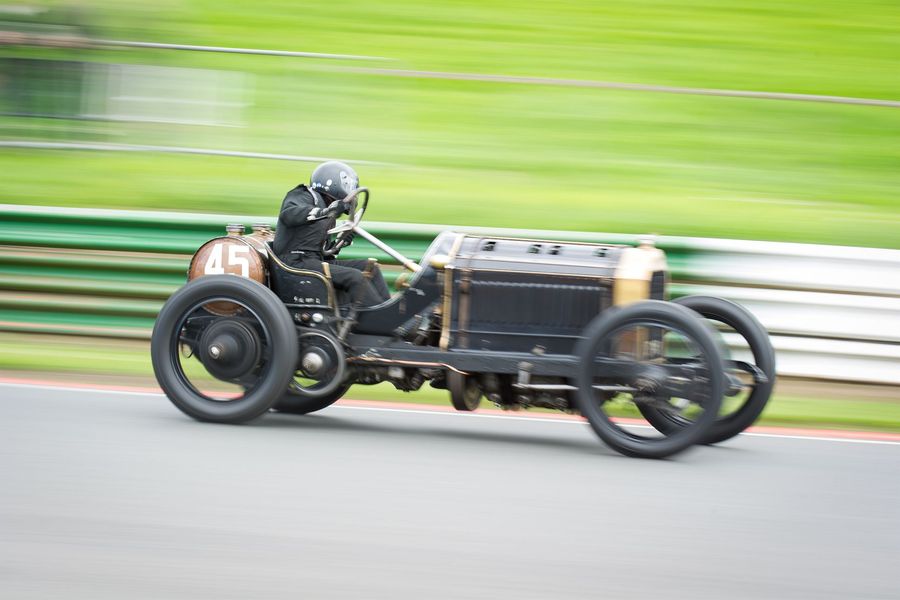 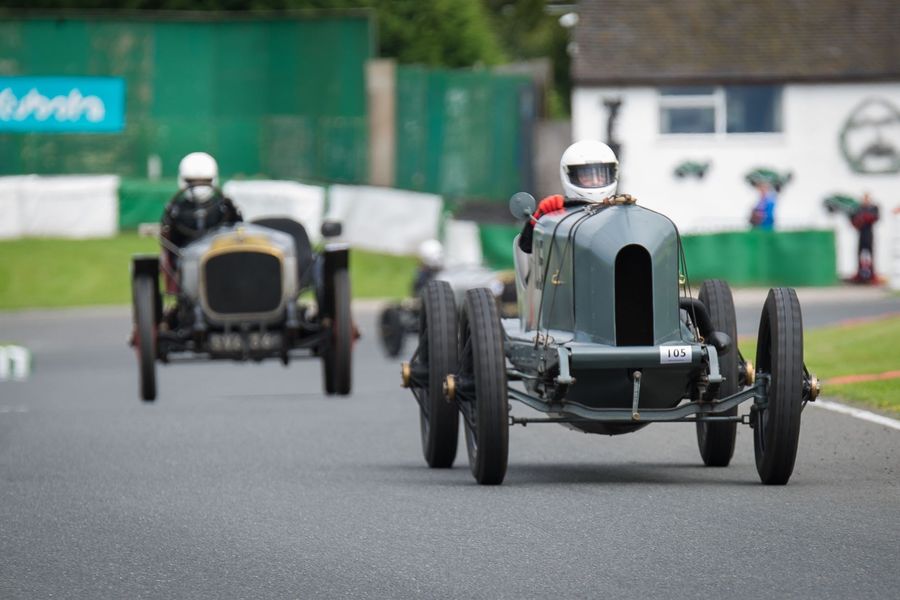 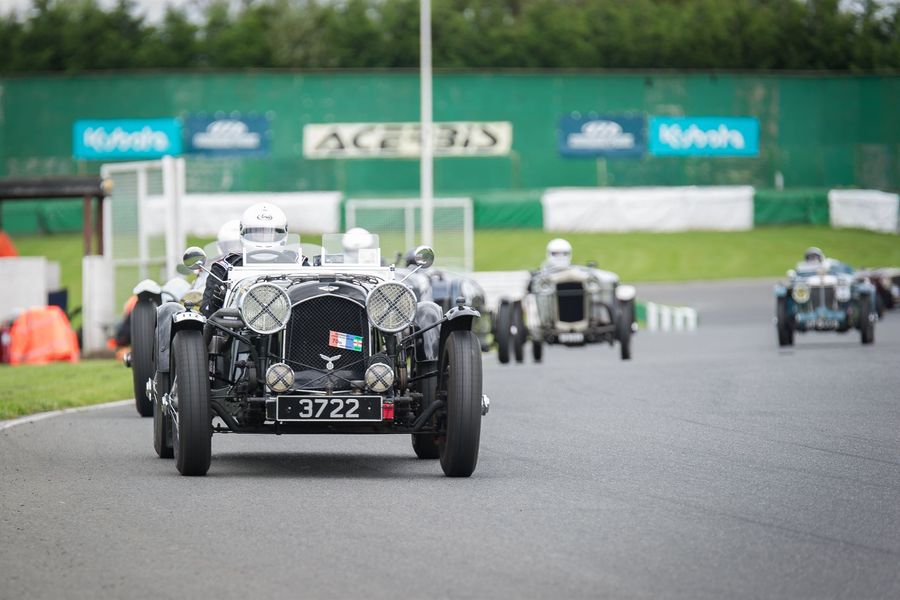 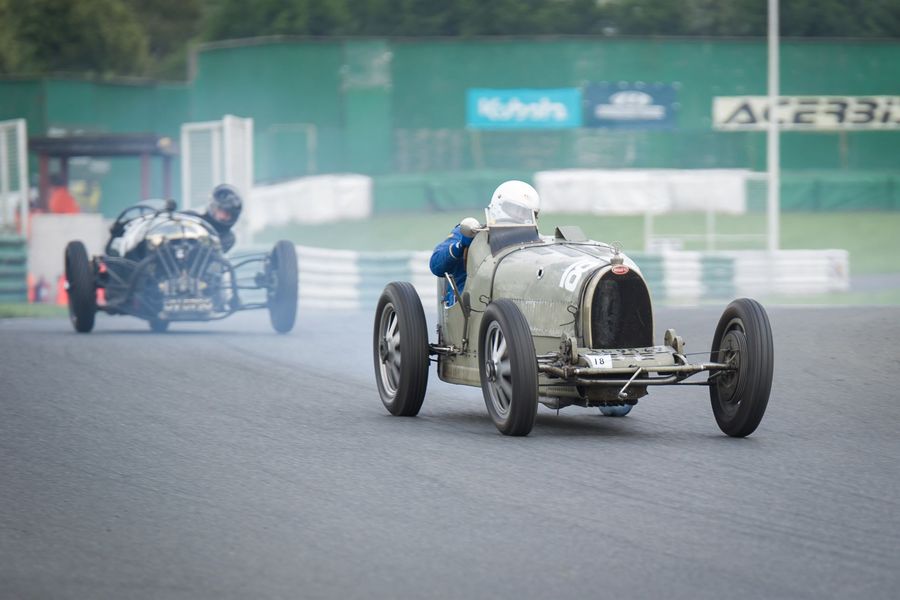 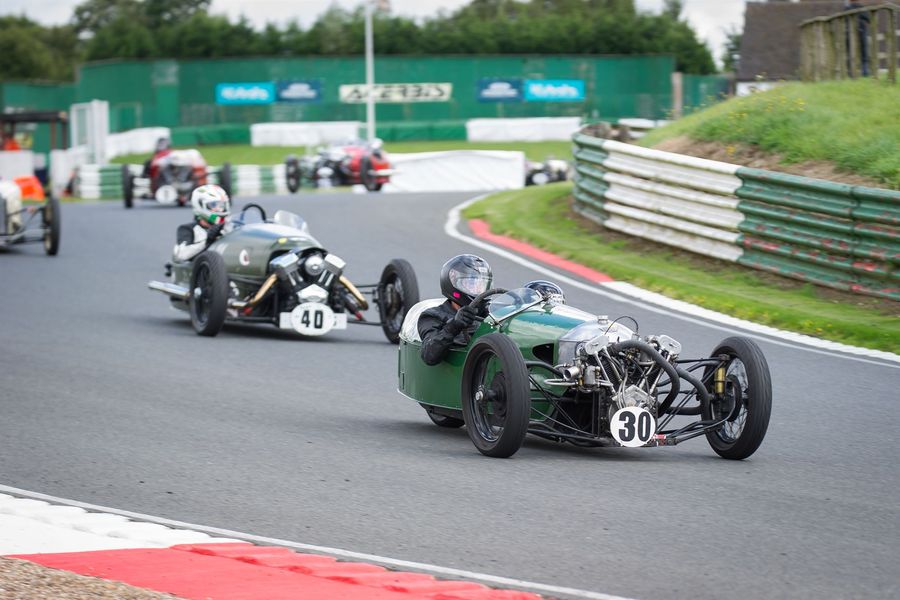 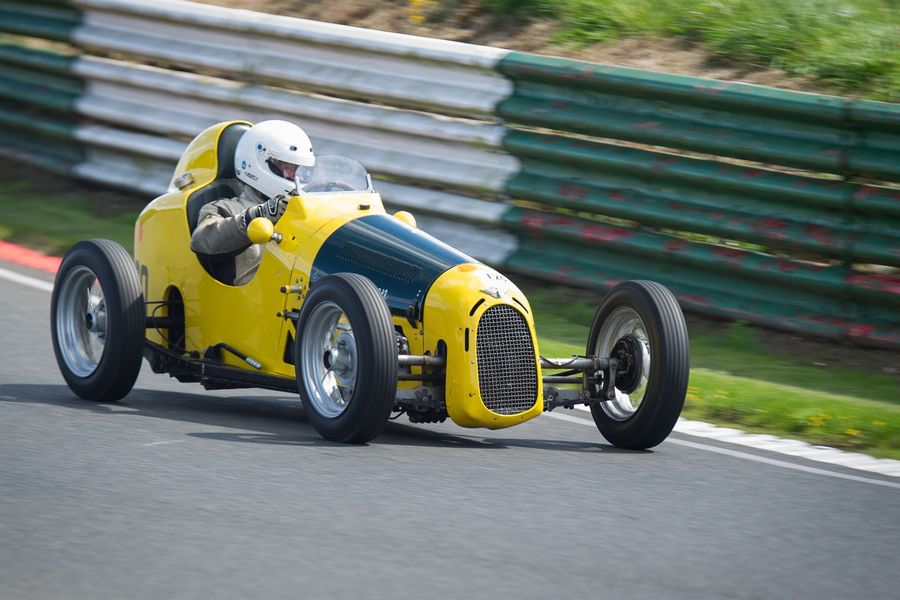 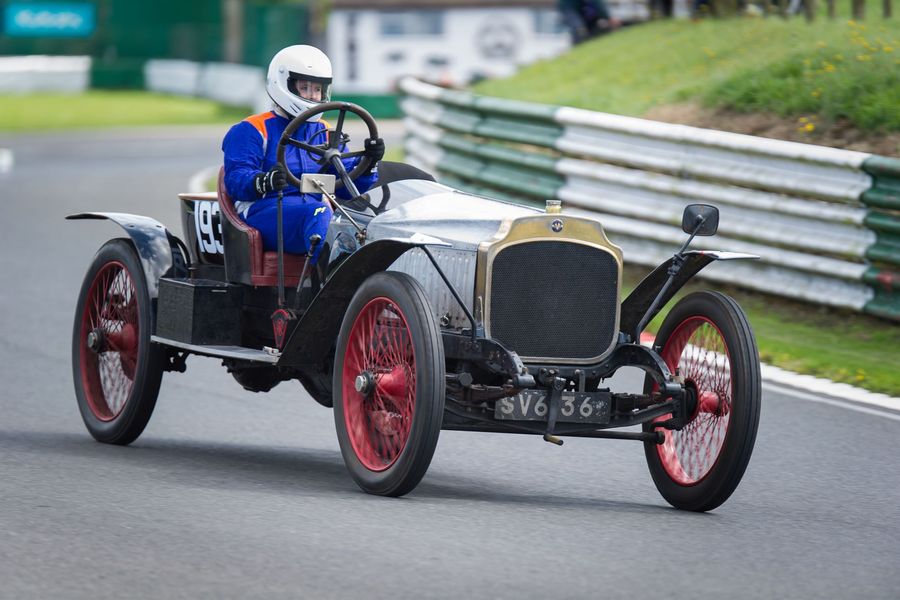 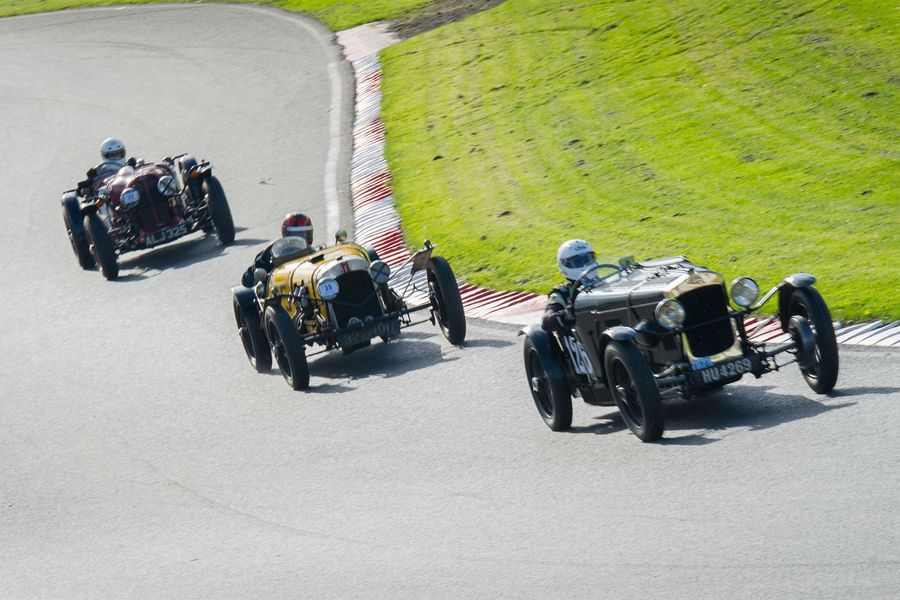 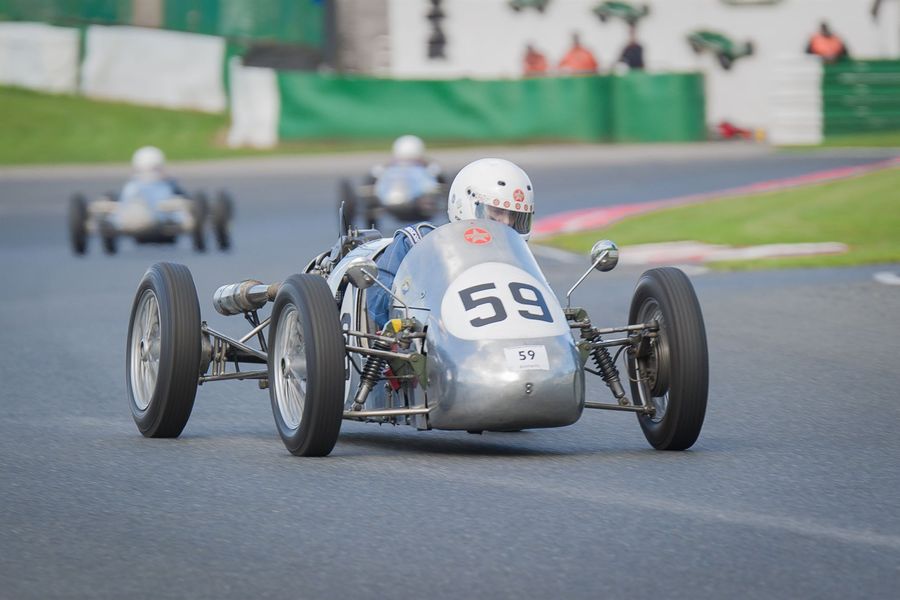 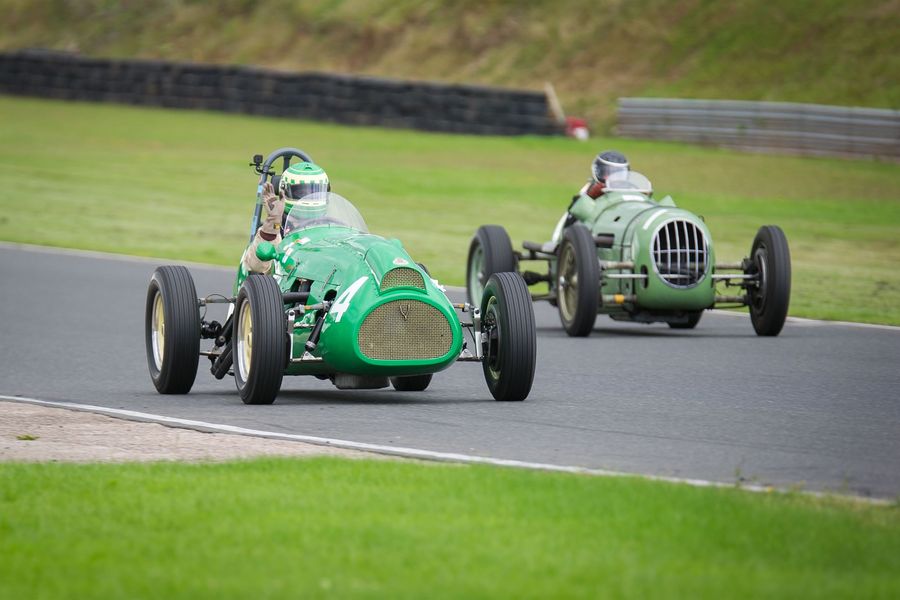 Click on the Gallery tab for pictures from Mallory Park courtesy of Mike Groom.
Round Four of Formula Vintage took place at Mallory Park in Leicestershire on Saturday 12th August 2017, courtesy of the Vintage Sports-Car Club with its Bob Gerard Memorial Trophy Races. Over 120-competitors took part in the exciting 12-race programme thrilling an excellent crowd of pre-war enthusiasts.
The highly-anticipated Edwardian Handicap Race for the Dick Baddiley and Edwardian Racing Trophies delivered on all fronts with the Dick Baddiley Memorial Trophy awarded to Roger Twelvetrees in his 1910/1911 Wolseley. Second place was taken by Andrew Howe-Davies in his 1911 Scat Racer. In third place was Rob Hubbard in his 1911 Sunbeam – a similar car to that which Dick Baddiley competed in during the first Edwardian race at Mallory Park in 1991.
Unfortunately, Duncan Pittaway’s magnificent 1911 Beast of Turin was unable to take part in the Edwardian Handicap Race this year, however the historic vehicle was on show in the Paddock during the day.
The invited grids for this year’s Mallory Park Race Meeting included the Morgan Three Wheeler Club Challenge Trophy Race won by Bill and Maggie Tuer in their 1932 Jap 8/80; the John Taylor Memorial Trophy Race for Formula Junior, won by Peter De La Roche in his 1959 Lola Mk 2; and the 500 Owners Association Race for Formula 3 (500) Racing Cars, won by Xavier Kingsland in his Staride MK3 after a dramatic breakdown by the leader Stuart Wright in his Cooper Mk11 who was visibly unhappy.
Additional trophy winners throughout the day included George Parkinson in a 1928 Austin AD Tourer for the Burghley Trophy; Edward Williams in a 1929 Frazer Nash Super Sports for the Mallory Park Trophy; and Tim Kneller in his 1933 Riley TT Sprite for the Mallory Mug.
As well as some fantastic racing, spectators also enjoyed open access to the Paddock at Mallory Park, where they were able to get up close and personal with the racing cars and their owners.