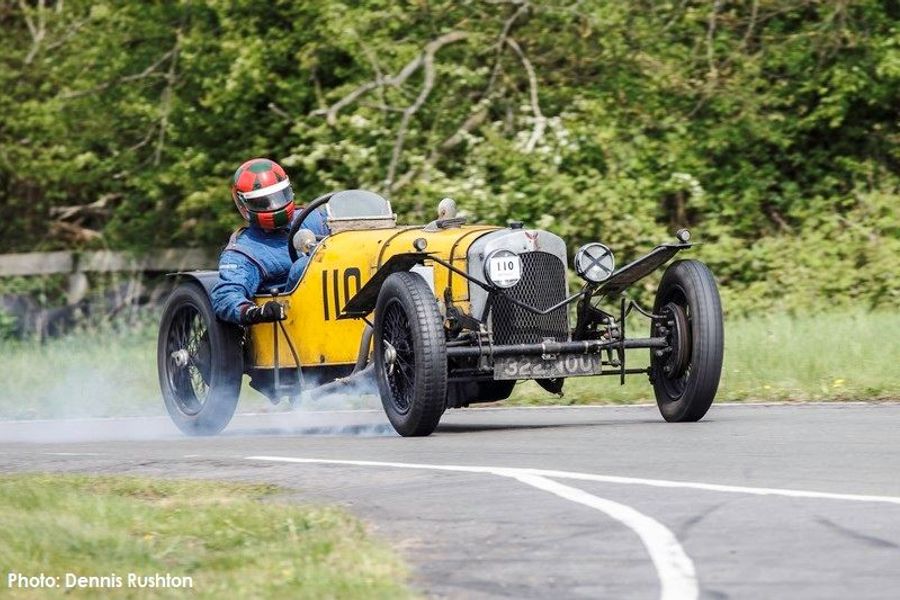 The opening round of the Vintage Sports-Car Club's Speed Championship was held at the Curborough Speed Trials on Sunday 6th May. With over 100 pre-war cars taking to the track, the packed  banking viewing area and busy paddock made for an enjoyable atmosphere filled with spectators all enjoying the  glorious weather over ice-creams and fantastic vintage sprinting. The on-track action proved to be thrilling, confirming why this is such a popular and over-subscribed event.

Ian Baxter in his 1937 Alta 61 took The Curborough Trophy with Fastest Time of The Day, an impressive 35.76 seconds - equalling James Baxter's Pre War record for the course, set in 2011. More impressive still was Tony Lees' securing of the Vintage record in 36.84s. This beat the 1997 record set by the late Freddie Giles in the exact same car - so, "Cognac" reigns on in Tony's hands.

Other awards on the day were received by Tom Walker in his 1930 Amilcar Hispano Special for Fastest Vintage with a time of 36.31s and Charlie Martin received the Fastest Young Driver Award in C.J.Maeers 1930/28 Morgan Special recording a time of 38.35s. The 2017 Speed Champion, David Furnell in ‘The Toy’, a 1930 Austin 7 Special, started his 2018 Speed Championship run in fine form obtaining a time of 47.33s.

A fantastic, exhilarating day unfolded with the VSCC's Speed Secretary, Rachael Watkins commenting: "What a great start to the championship, we couldn’t have asked for better weather and a better crowd of spectators all enjoying the on track excitement.”

This Sunday the action moves to Wiscombe Park, will Baxter continues his dominance or will  another competitor take top spot, making the 2018 Speed Championship as hotly contested as 2017's?