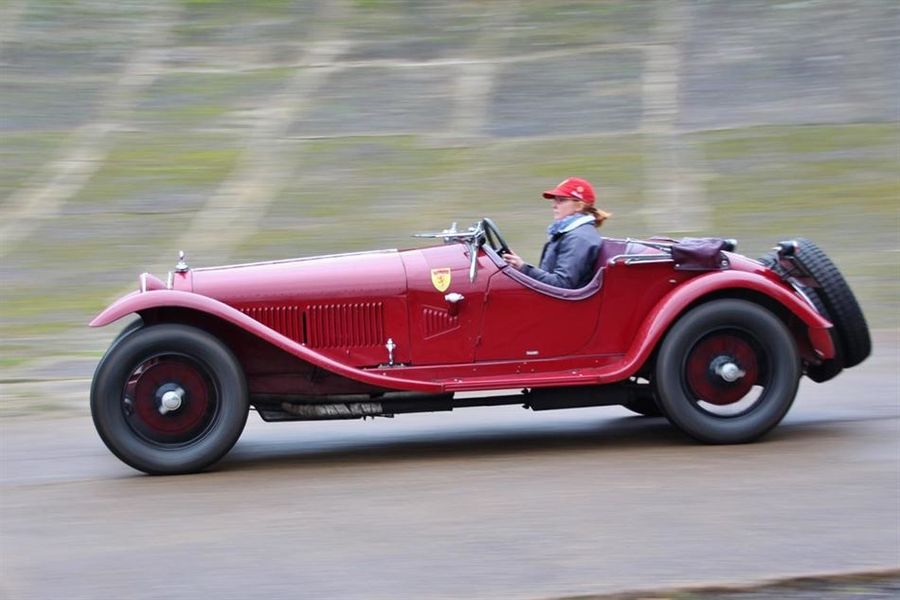 The first competitive event of 2018 on the restored Finishing Straight of the Brooklands Race Track will be the annual New Year Driving Tests competition organised by the Vintage Sports-Car Club (VSCC) this weekend - Sunday 28th January. Dozens of pre-war cars will be zooming around bollards while trying to accurately navigate through devious routes laid out on the Straight, the Members’ Banking and other parts of the 32-acre site in the fastest-possible time.

Notable entries include Katie Forrest’s Rolls-Royce Silver Ghost, this probably being the first time since 1923 that a “Ghost” has competed on the Finishing Straight, while cars with genuine Brooklands history include Mark Garfitt’s Frazer Nash/BMW 319/55 sports. Brooklands regular Alex Pilkington will be competing in her 1930 Alfa Romeo 6C 1750, alongside a cluster of Austin 7 Nippys, Chummys and Ulsters. Others amongst the varied entries include a Singer 9 Sports Coupé, a Trojan Utility and a Lea-Francis J-Type. While all the cars may be cherished by their owners, one of the ethics of the VSCC is the belief that these cars were designed to be driven and pushed to the limits in a competitive spirit.

The tests will run throughout the day, with a break for lunch which will give visitors time to inspect the competing cars – and dozens of spectating pre-war vehicles  of all shapes and sizes from mighty Bentleys to tiny but sporty Austin 7s  gathered in The Paddock, Motoring Village and areas surrounding the 1907 Clubhouse.

A new attraction at the Museum is the recently opened Brooklands Aircraft Factory inside the restored WWII Hangar with the Wellington bomber recovered from Loch Ness amongst the new exhibits and interactive displays. A mezzanine level in the Aircraft Factory tells the story of aviation design at Brooklands and in the new Flight Shed the Museum’s live aircraft such as a Sopwith Camel are displayed, together with a Hawker Fury, Harrier and Hunter.