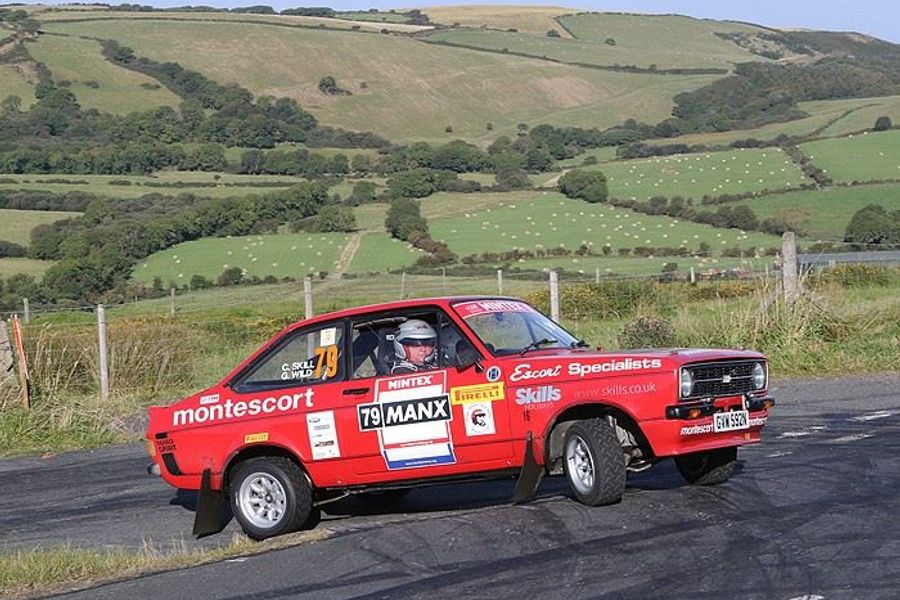 Rounds seven and eight of the 2016 Mintex MSA British Historic Rally Championship takes a superb field of historic rally cars to the Isle of Man (15th to the 17th of September) for the championship’s only double-header of the season. With one full set of points on offer for the results up to Friday afternoon and another full set of points for the second half of the rally, it will be a critical weekend for the title contenders on one of the world’s finest asphalt rallies.

The Roger Albert Clark Rally Motor Club promotes the MSA BHRC under a five-year contract and 2016 is the second year of that agreement. The calendar covers six gravel and two asphalt rallies, with a double-header on the Isle of Man to make nine rounds. The team at Special Stage is filming all eight events and producing hour-long programmes to give the BHRC some of the best TV exposure in British rallying.

It was all change a month ago on the gravel of South Wales as Simon Tysoe and Paul Morris took the overall lead in the championship after six of the nine rounds. The Ford Escort Mk1 crew took a third straight Category 2 victory on the Red Dragon Rally to move ahead of very rapid Irishman Paul Barrett, who elected to miss the rally and use it as one of three dropped scores in the RSR Historic Engineering Category 3.

Tysoe and Morris have been quick and consistent on each of the six rounds to date and now take an 18-point lead to the Isle of Man. However, Tysoe has only competed on the island once before and that ended on the second stage. Defending champions Jason Pritchard and Phil Clarke are the other major title contenders still in the running and they sealed the title on the island a year ago. However, three no-scores on the trot mid-season have put Pritchard on the back foot and he now needs two big scores in his bid to overhaul Barrett and Tysoe. Pritchard heads the contenders in the Holton Homes Category K.

Joining the season-long contenders are more strong crews, including Barrett’s younger brother Ryan (another former winner on the island), Daniel Jones/Gerwyn Barry, Rudi Lancaster/George Gwynn, Phil and Mick Squires and Shawn Rayner/Declan Dear. A welcome addition to the BHRC field is former overall event winner Jimmy McRae with Pauline Gullick in a Porsche 911. Heading the 1600cc pack will be the Escort Mk2 of Chris Skill and Tom Jordan who will be aiming for another giant-killing performance.

Stanley Orr and Guy Weaver are the big rivals to Tysoe/Morris in the Capital Construction Category 2 with their Pinto-powered Ford Escort Mk1, while in the Vintage Car Radiator Company Category 1, for the pre-1968 cars, father and son Bob and Dale Gibbons are looking good for the category title in their Ford Cortina GT. Lining up against them in Category 1 will be Phil Harris/Paul Kendrick (Mini Cooper S) and Mike Barratt/Fiona Scarrett (Ford Cortina GT).

The Roger Albert Clark Rally Motor Club promotes the MSA BHRC under a five-year contract and 2016 is the second year of that agreement. The calendar covers six gravel and two asphalt rallies, with a double-header on the Isle of Man in September to make nine rounds. The team at Special Stage is filming all eight events and produce hour-long programmes to give the BHRC some of the best TV exposure in British rallying.

The rally will be based at the TT grandstands in Douglas. The first car will start at 7pm on Thursday (15 September) and arrive at the finish at around 4pm on Saturday after more than 160 miles of competitive action.