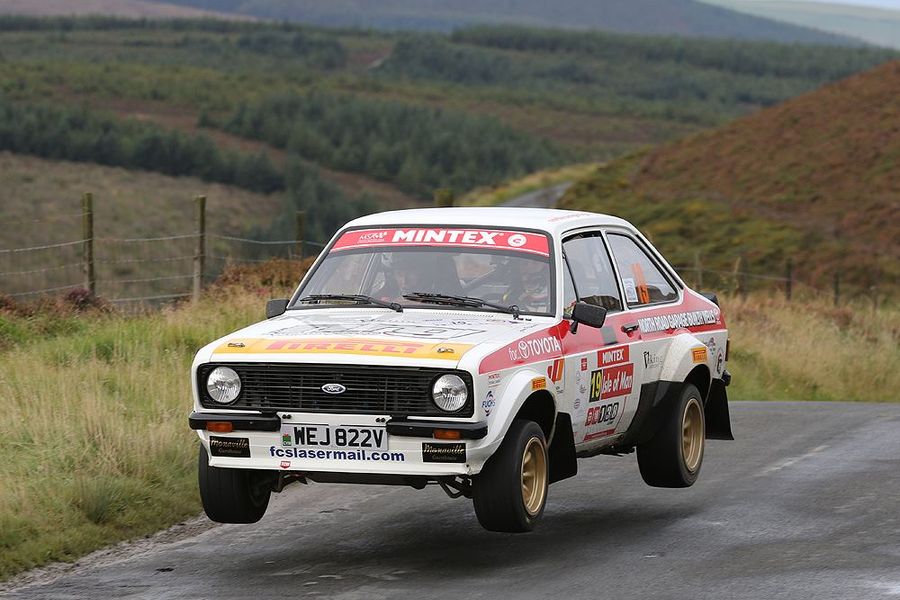 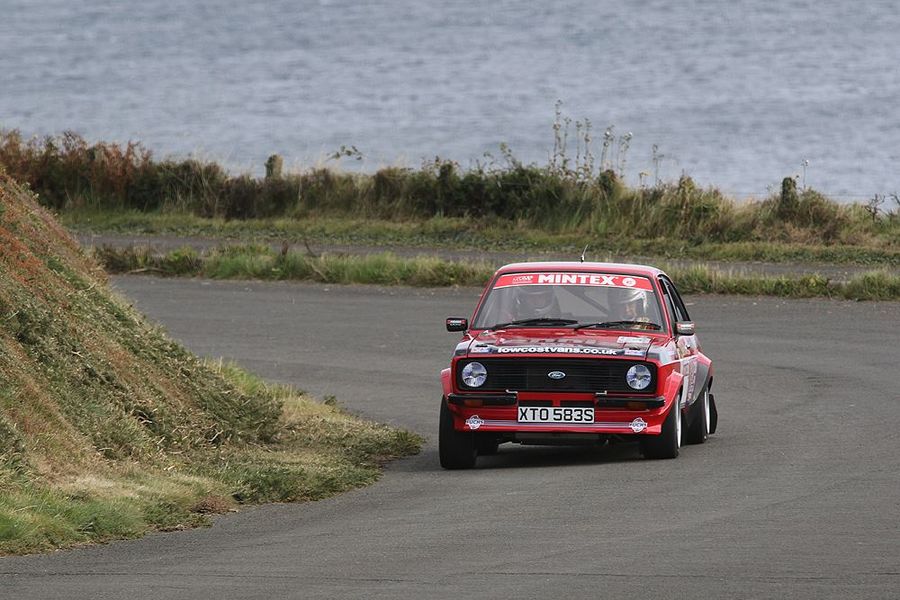 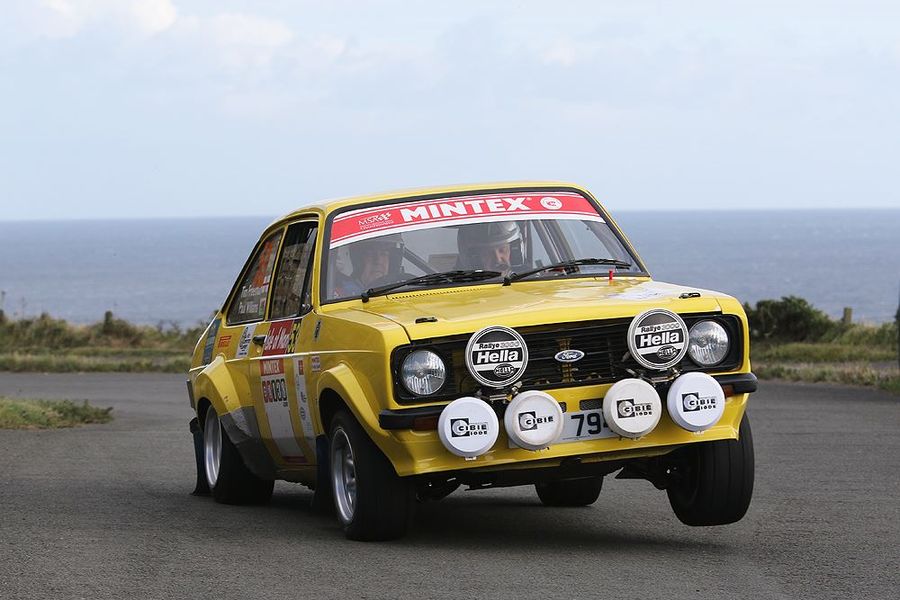 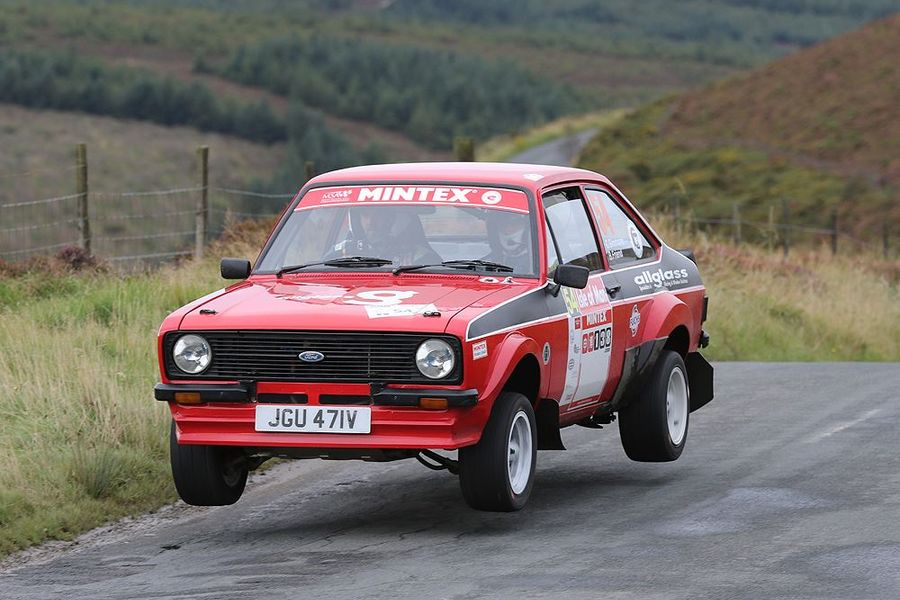 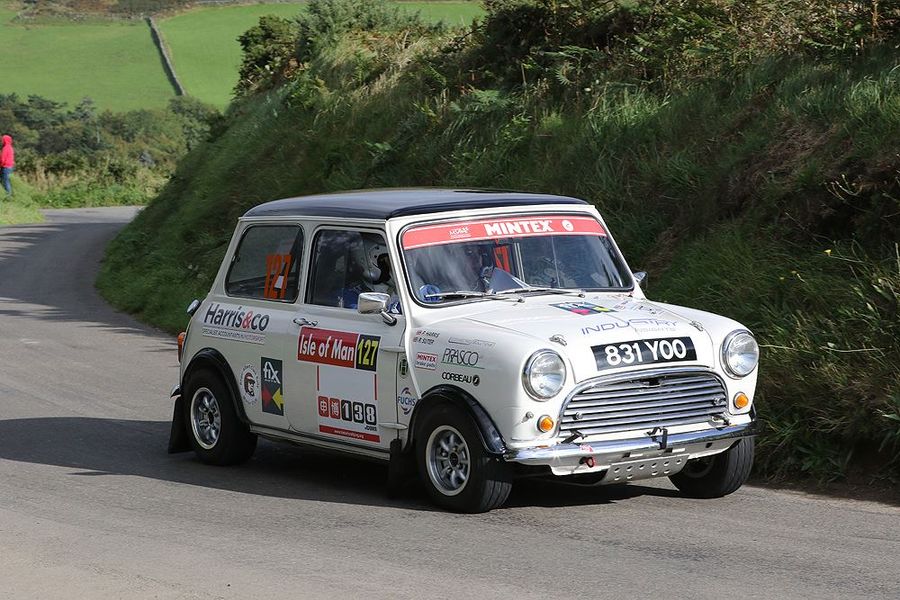 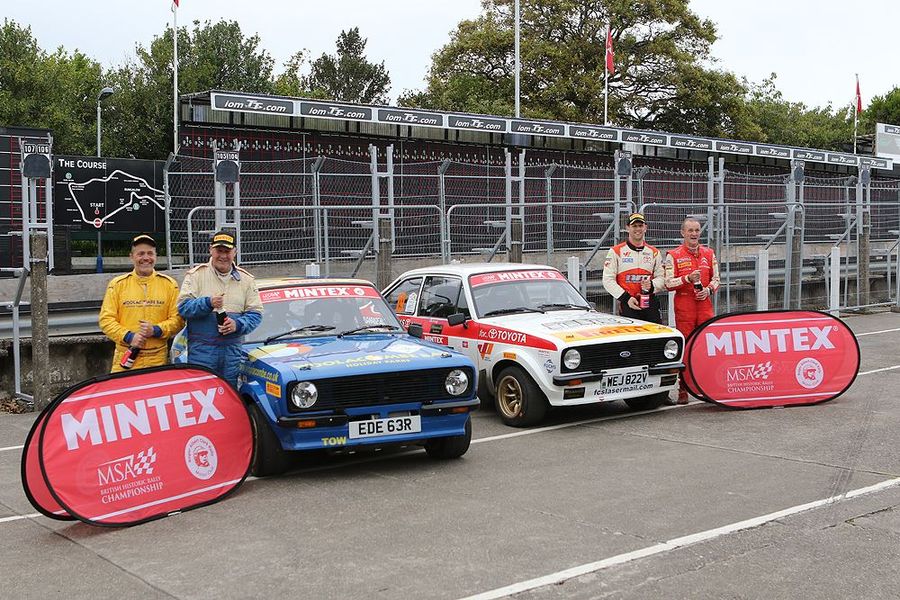 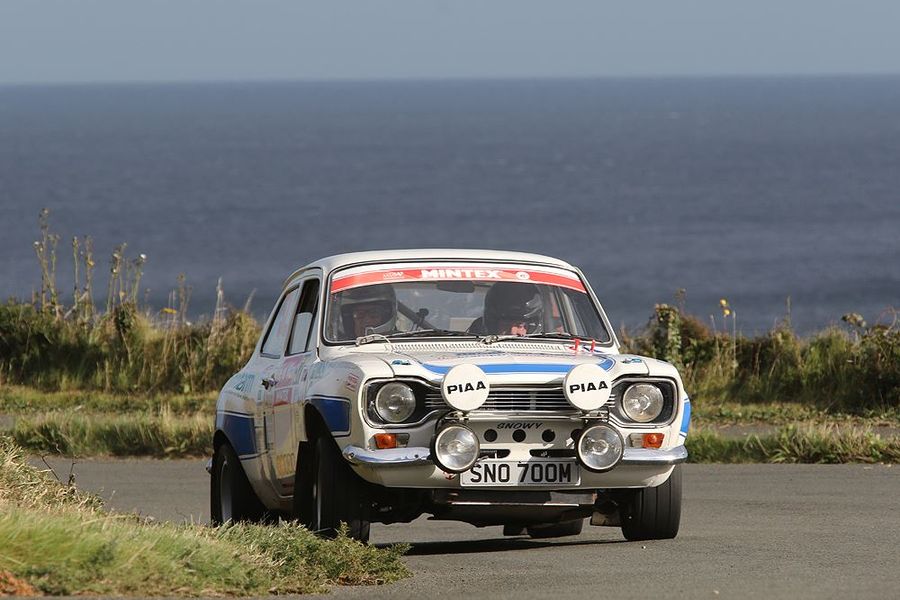 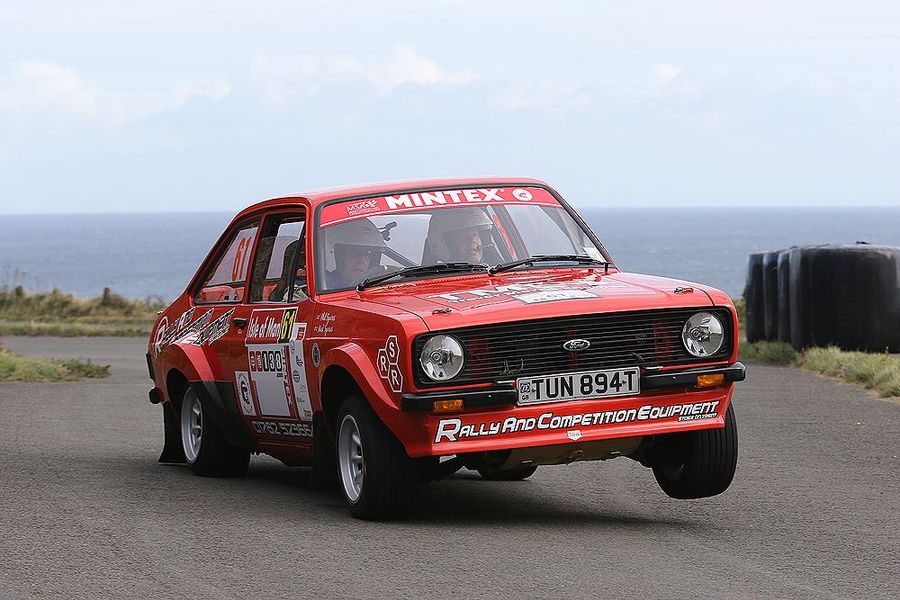 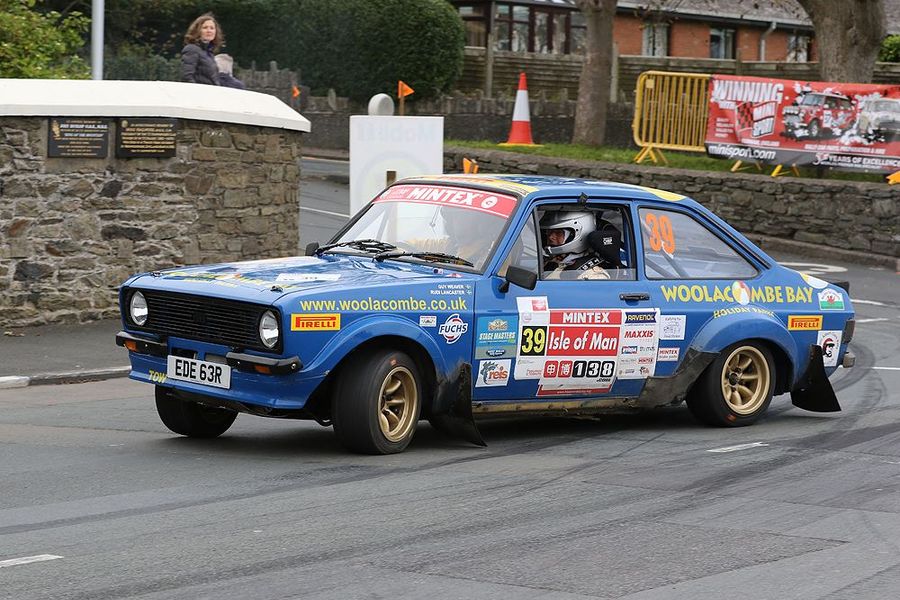 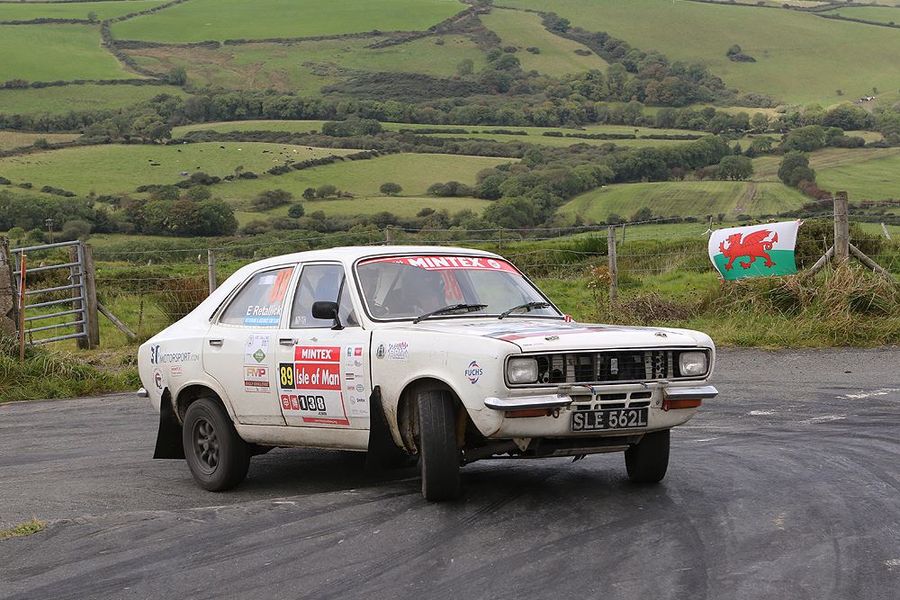 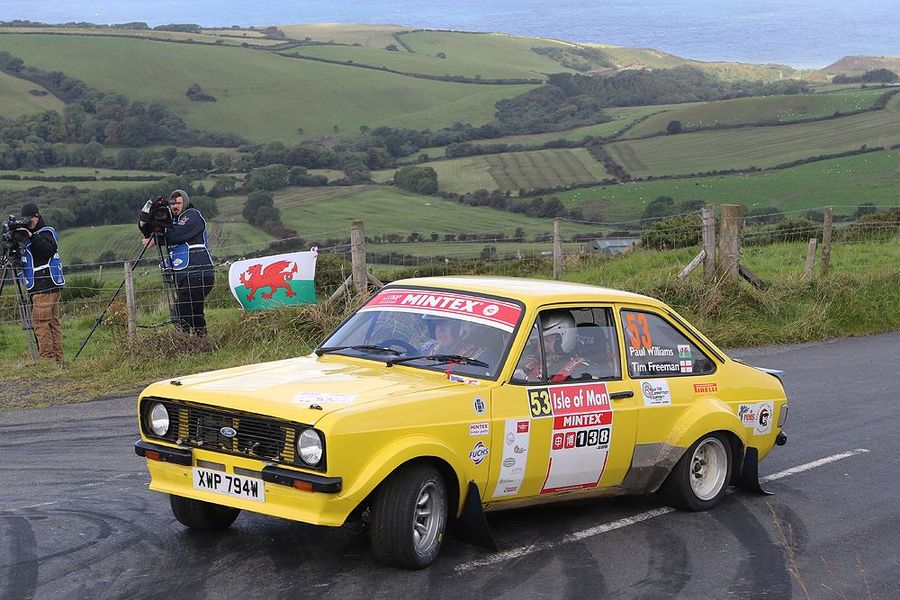 Click on the Gallery tab for images from the Isle of Man courtesy of Paul Lawrence.
Jason Pritchard and Phil Clarke were the stars of the historic section of Rally Isle of Man during rounds seven and eight of the 2017 Mintex MSA British Historic Rally Championship (September 14-16). Pritchard and Clarke were faultless as they dominated the historics and took a maximum score to set up a winner-takes-all final on the Trackrod Rally at the end of September.
Former championship leaders Nick Elliott and Dave Price achieved their target of a third place score (in round 7) on their first experience of the challenging island roads while Rob Smith and Alun Cook took second overall across the event. Rudi Lancaster and Guy Weaver finished the event third overall in the BHRC ranks after a strong performance.
The annual voyage to the Isle of Man delivered a typically tough test for crews and cars on the closed roads of the island. This year’s stages were notably tight and twisty and heavy rain showers, particularly on Thursday evening, added to the challenge. Tyre choice was always difficult and those who crossed the finish line in front of the TT grandstands on Saturday afternoon deserve great credit.
Pritchard and Clarke set the pace on the opening stage on Marine Drive and ended Thursday’s five stages with a 17-second lead over Smith Alun Cook. Out when heavy rain struck stage two was island newcomer Neil Williams and his co-driver Ashley Trimble who clouted a bank and retired their Escort Mk2. There was also trouble for Ryan Barrett and Paul McCann who stopped to change a puncture on the evening’s final stage and lost over four minutes. They later retired with a misfire issue.
Pritchard was caught on the wrong tyres on the opening stages of Friday but Smith was not able to capitalise as he was twice held up in the first stage by stricken modern crews and lost around 20-seconds.
Smith continued to attack, but Pritchard reached the half-way point on Friday afternoon with a 35s margin to claim the first set of BHRC points. Meanwhile Elliott achieved his target of third place in the first part of the double-header. However, he had bent the steering on the Sand Quarry stage and later retired from part two rather than take risks in a car that wasn’t quite right.
Pritchard continued his faultless performance as part two started and any chance of Smith going with him ended on Marine Drive when he slid into a kerb, bounced through some posts and damaged the spot lights. A hand injury from the wheel kick-back compounded his woes.
Saturday brought further tricky tyre choices but nothing could unsettle Pritchard and he calmly drove to one of the most important victories of his career to date. Smith held station in second and third among the BHRC crews was a very good result for Lancaster and Weaver after a consistently strong rally.
Others were not destined to reach the finish, including Stanley Orr and Andrew Bushe who set a cracking pace until Stanley’s Escort Mk1 was sidelined by alternator failure, while Eliot Retallick and Tim Tugwell crashed their Hillman Avenger out of the rally late on Friday.
A clutch of fine performances packed out the next places among the BHRC contenders, who were headed by Barry Stevenson-Wheeler and John Pickavance after a tremendous run in their Escort Mk2. Ben Friend and Cliffy Simmons duly took top points in Class D3 after a mature rally on Ben’s first rally on the island. He started steadily and built pace all weekend for a great result. Friend finished just ahead of Phil and Mick Squires who turned in a typically consistent performance, with Tim Freeman/Paul Williams not far behind.
In the Capital Construction Category 2, it was a mixed weekend for Phil Jobson and Arwel Jenkins. They did enough in the first part of the double-header to secure the category title but were sidelined on Saturday by a minor gearbox problem for their Escort Mk1. That left the second Category 2 victory to Ken Graham and Rory McCann in their first rally in an ex-Barry Jordan Hillman Avenger. Graham is usually part of the service crew for Paul and Ryan Barrett but showed a good turn of speed in the 1600cc Avenger.
This was a tough event for Andrew Stokes and Adrian McNally but they achieved Stokes’ ambition of finishing the rally in their Ford Escort Mk1. They were innocent parties in a head-on collision involving Belgian driver Peter Tsjoen during the pre-event recce but were determined to start the rally in the car that Andrew’s late brother David took to many successes on the island. Despite losing four minutes to a fuel pump problem, they finished 16th in the historic field.
Finally, the Vintage Car Radiator Company Category 1 went, once more, to the Mini Cooper S of Phil Harris and Richard Suter after another exemplary performance. Harris was quick to praise both his co-driver and the car preparation from RSR Historic Engineering and reckoned that the concluding Classic stage was the absolute highlight of the rally.
Provisional championship points after round eight of nine (showing best six scores):
1 Pritchard/Clarke 193
2 Elliott/Price 190
3 Lancaster/Weaver 150