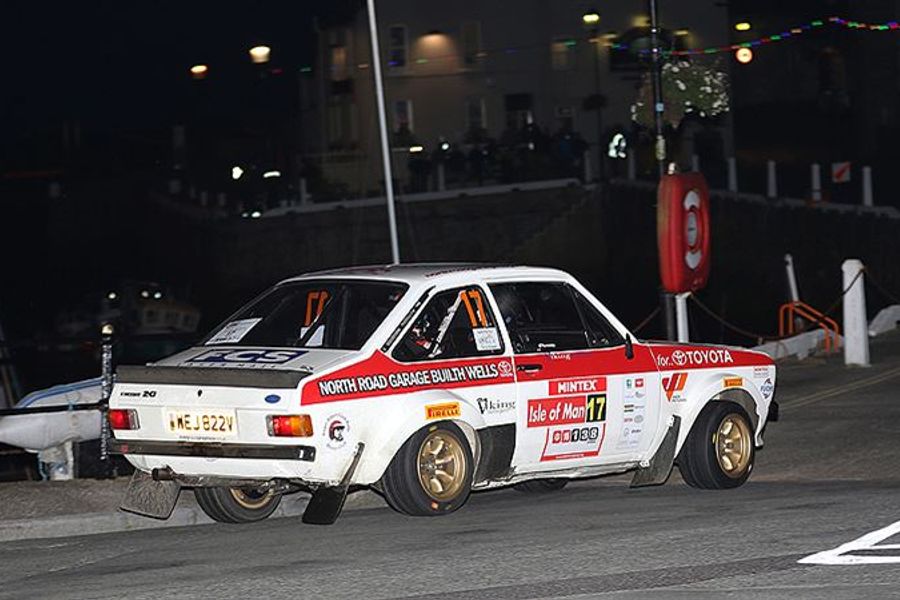 The 2017 Mintex MSA British Historic Rally Championship continues on asphalt for rounds seven and eight, the annual mighty challenge presented by the fantastic closed-road event on the Isle of Man (14th-16th September). Rally Isle of Man is a landmark event on the rallying calendar and the event’s popularity among the historic crews is stronger than ever. With 150 competitive miles, the event will again form a double-header round of the BHRC with one set of points awarded for the first half (up to the Friday afternoon break after SS11) and a further set of points for the second half of the rally.
The Roger Albert Clark Rally Motor Club promotes the MSA BHRC under a five-year contract and 2017 will be the third year of that agreement. The calendar covers five gravel and three asphalt rallies, with a double-header on the Isle of Man in September to make nine rounds. The team at Special Stage will film all eight events to give the BHRC some of the best TV exposure in British rallying.
The battle for the overall BHRC crown is now a two-way contest between defending champions Jason Pritchard/Phil Clarke and contenders Nick Elliott/David Price and it is gravel ace Elliott who has the upper hand after a run of four straight wins on the opening four forest rallies. However, the Cheltenham crew has minimal asphalt experience and will be competing on the Isle of Man for the very first time. Conversely, Pritchard has an impressive record on the island, both in his historic Ford Escort Mk2 and a modern Ford Focus WRC, and knows he needs to take maximum points this weekend. For Elliott, this is a literally a voyage into the unknown.
Yet this weekend’s action is far from being only about Pritchard and Elliott and the recent Harry Flatters Rally on Epynt showed that two more crews are entirely capable of being right in the mix for overall BHRC points. Rob Smith/Alun Cook and Neil Williams/Ashley Trimble have the pace to win and Smith has a very strong record on the island. Williams, however, is new to these stages but has lots of experience from closed road stages in Ireland and has local ace co-driver Trimble alongside. What is certain is that the pace of Smith and Williams could have a big impact on BHRC title contest.
Heading the Capital Construction Category 2 is the Ford Escort Mk1 of Northern Ireland’s Stanley Orr and Stephen McAuley and they will be challenging the leading Category 3 cars. Phil Jobson and Arwel Jenkins will chase Orr in their Escort Mk1 and will be aiming to erase memories of a rally-ending off last year, while Andrew Stokes and Adrian McNally will also be strong contenders in the car that took Andrew’s late brother David to some big results on the island.
In the classes, the D3 pack will surely be headed by Ben Friend and Cliffy Simmons as Ben makes his island debut in his Pinto-powered Escort Mk2 while Eliot Retallick and Tim Tugwell, now an island resident, will be very rapid in their class C2 Hillman Avenger in a rare foray onto asphalt. In the Vintage Car Radiator Company Category 1, for the pre ’68 cars, Phil Harris and Richard Suter are already confirmed as 2017 category champions but will be aiming to extend their run of victories in the immaculate Mini Cooper S.
After this event, the Mintex MSA British Historic Rally Championship concludes on the Trackrod Historic Cup in Yorkshire at the end of the month.
Rally Isle of Man will be based at the TT grandstands in Douglas. The first car will start at 3pm on Thursday (15th September) and arrive at the finish at around 2pm on Saturday after around 150-miles of competitive action.