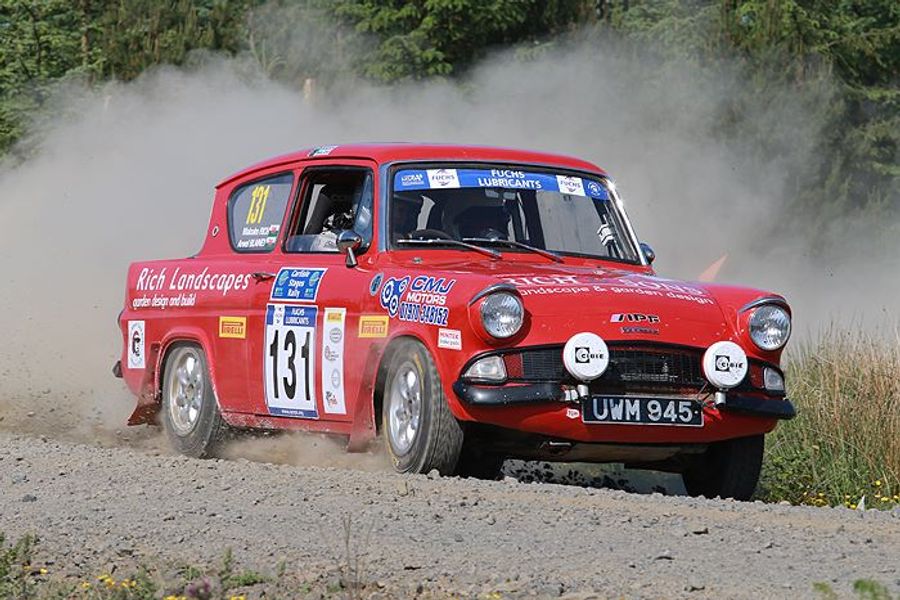 The Ford Anglia of Malcolm Rich and Arwel Blainey heads the new BHRC2, supported by Sherwood Engines, after four of the season’s eight events. Over 20 crews have already scored point in BHRC2, which has been created to turn the spotlight on the REIS Category 1 (pre-1968) cars and all other up to 1600cc cars in the FUCHS LUBRICANTS MSA British Historic Rally Championship.
BHRC2 was developed in response to the upsurge in interest from those looking to compete in Category 1 cars and 1600cc cars from across the historic age groups. The revised running order on gravel events has helped to rebuild interest in gravel rallying for these cars.

“We created BHRC2 to give these competitors their own identity within the overall championship,” said Colin Heppenstall from the Roger Albert Clark Rally Motor Club. “I’m pleased to see that support has been excellent over the first four gravel rallies of the season and there is some tremendous competition.”

The scoring within BHRC2 is based on category and class points only, unlike the main BHRC which factors in overall points as well. BHRC2 mirrors the full BHRC schedule but the best five scores from eight rounds will count, thus allowing crews to select the events they most want to contest.

At the mid-season break, just 32 points cover the top four crews and the top 10 is equally split between Category 1 and 1600cc crews. Interestingly, these two groups are very evenly-matched on the stages with often only a second per mile or less separating the fastest 1600cc crew from the best Category 1 crew.

With four strong scores already under his belt, Rich has taken the early advantage from Robin Shuttleworth/Ronnie Roughead (Ford Escort Mk1), Rikki Proffitt/Graham Wild (Porsche 911) and Bob Bean/Miles Cartwright (Lotus Cortina). However, with scores to be dropped and three asphalt rounds coming up next, it is still wide open.

The strength of support and ever-growing interest in BHRC2 adds to the push to ensure that these cars continue to run at the head of the field on gravel rallies in 2019 and beyond.