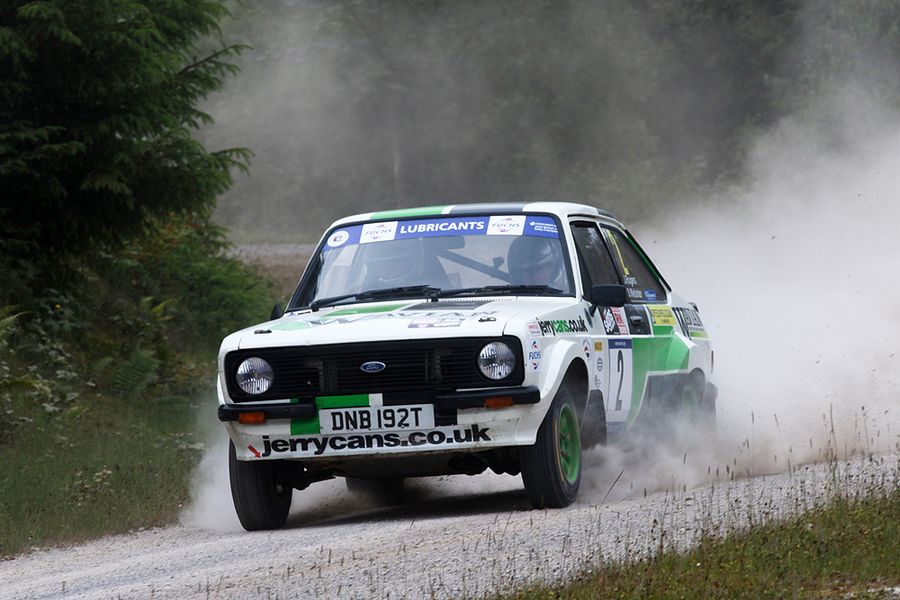 The very popular win came at the end of a wonderful day-long contest with Steve Bennett and Osian Owen in the forests of South Wales. As thick dust in the morning was replaced by heavy rain, the Red Kite Stages drew widespread acclaim from competitors for the quality of stages in the Margam and Rheola complexes. While Rudi Lancaster and Guy Weaver took third overall, Stanley Orr and Graham Henderson (Ford Escort Mk1) netted another Category 2 to move to the top of the championship standings after four of the seven rounds.

Webster was flying from the start and took an immediate eight second lead in SS1, Margam. Bennett had to respond and did so a few minutes later in SS2, Bryn, to pull the gap back to five seconds. On the first Rheola stage the times were tied, while SS4, Glyncastle, was cancelled due to an accident involving a non-historic car. As rain started to fall, crews left service for a longer Margam stage and a re-run of Rheola, with Webster leading by just five seconds.

Bennett really attached the Margam stage and turned a five second deficit into a one-second lead. However, with the benefit of two fresh rear tyres that they fitted before the final stage, Webster went three seconds faster to grab victory by just two seconds. “That’s just an amazing result,” said an elated and slightly incredulous Webster.

Never far adrift of the lead contest, Rudi Lancaster and Guy Weaver were a fine third with nine seconds in hand over fourth placed Adrian Hetherington/Ronan O’Neill. Orr/Henderson took fifth to win Category 2 despite a major late challenge from Josh Browne/Jane Edgington, who pulled back eight seconds in the last two stages to bring the margin down to four seconds. Browne dominated class D3 with fine pace in his Pinto-powered Escort Mk2. John Perrott and Andrew Sankey took seventh overall and second in Category 2, despite a high-speed encounter with a dear, finishing ahead of Tim Freeman/Paul Williams.

Among the classes, the big story was in C2 as Stuart and Linda Cariss took an unexpected victory. Losing seven minutes with a first stage roll put them well out of contention but their two major rivals were out by the end of SS2 and so the husband and wife team came through to win. Young Rory McCann set a stunning pace in the opening stage to be sixth fastest in Tim Tugwell’s Avenger but was soon sidelined by distributor problems. Meanwhile, Philip Atkinson and Louise Gilks should have taken the class but were soon out with a failed head gasket.