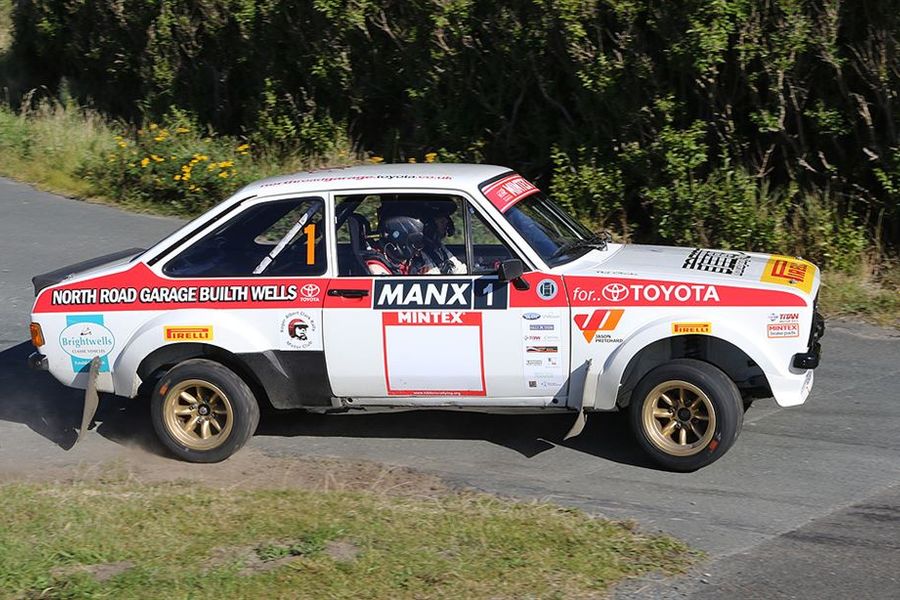 Click on the Video tab above for he video preview of the 2016 BHRC!
The 2016 Mintex MSA British Historic Rally Championship will start in style on the Red Kite Stages (Sunday 21st of February) with a field of 70 historics tackling classic Welsh stages on the Llandovery-based event.
As the BHRC starts its second season under the management of the Roger Albert Clark Rally Motor Club, Jason Pritchard and Phil Clarke will bid to retain their crown and their Ford Escort Mk2 leads the historic field. They won the 2015 Red Kite when ice and snow made conditions very demanding, but the weather forecast suggests that temperatures will be well above freezing this time around.
Pritchard and Clarke also head the Holton Homes Category K for cars running to FIA Appendix K regulations. Meanwhile, right behind them will be Nick Elliott and Dave Price in their Escort Mk2 from the RSR Historic Engineering Category 3 and for sheer pace on gravel Elliott will take a lot of beating.
The real darkhorse is the newly-prepared Fiat 131 of Matthew Robinson and Sam Collis, the latest car from RSD in Malton. Robinson’s Escort pace on gravel is sensational and his progress with the Fiat will be a major early-season talking point, although preparations were hindered when a rock damaged the car’s gearbox casing on Saturday’s Cambrian Rally.
Leading the chase of the championship big three will be the Escorts of Joe Price/Chris Brooks and Terry Brown/Den Golding, with both crews also aiming to score well in the championship’s Welsh Challenge. Meanwhile, two Pinto-powered Escorts from Northern Ireland will be battling with more powerful BD-engined cars. Paul Barrett/Dai Roberts (MK2) and Stanley Orr/Guy Weaver (Mk1) both have prodigious pace and very experienced local co-drivers.
Other crews poised to join the big league this season are Rudi Lancaster/George Gwynn, Steve Bennett/Iain Tullie and Simon Webster/Jez Rogers. All are Escort-mounted and all showed ever-increasing pace last year, while Phil and Mick Squires add further quality to the head of the field in their familiar Escort Mk2.
Away from the Escorts, several interesting cars could feature. The Hillman Avenger of Barry Jordan/James Gratton-Smith is the first such car to run in the BHRC with BRM power while there are rapid Sunbeam Lotuses for Guy Anderson/Steven Davey and Gary Cooper/Jon Riley along with the fresh Triumph TR7 V8 of David Kynaston.
In the Capital Construction Category 2, for pre-1975 cars, defending champions John Perrott and Keaton Williams should pick up where they left off in 2015 with their Escort Mk1 and have Warren Philliskirk/Nigel Hutchinson and Simon Tysoe/Paul Morris as key rivals along with Orr/Weaver.
Sadly, the revised running order arrangements have really hit the Vintage Car Radiator Company Category 1 for the pre-1968 cars and just five will start on Sunday. Father and son Bob and Dale Gibbons (Ford Cortina Mk2 GT) and Bob Bean/Malcolm Smithson (Lotus Cortina Mk1) will set the pace. New pairing Phil Harris and Graham Wild head the smaller-engined Category 1 cars in their Mini Cooper.
In the classes, Irishmen Barrett (D3) and Orr (C3) will be hard to beat, but chasing Barrett will be Ben Friend/Cliffy Simmons in their Pinto-powered Escort Mk2. From the 1600cc ranks, Chris Skill and Tom Jordan will be the standard in Category 3, while Adam Milner and Roy Jarvis head the 1600cc Category 2 cars. Milner was a star of last year’s Trackrod despite very limited experience and his pace out of from Yorkshire will be watched with great interest.
The rally will be based in Llandovery with Rally HQ at the Castle Hotel and the central service area at the adjoining Llandovery Mart. The first car will start at 8.30am on Sunday and return to the finish at 2.30pm.
The 2016 Mintex MSA British Historic Rally Championship Video 2016 BHRC Red Kite Stages