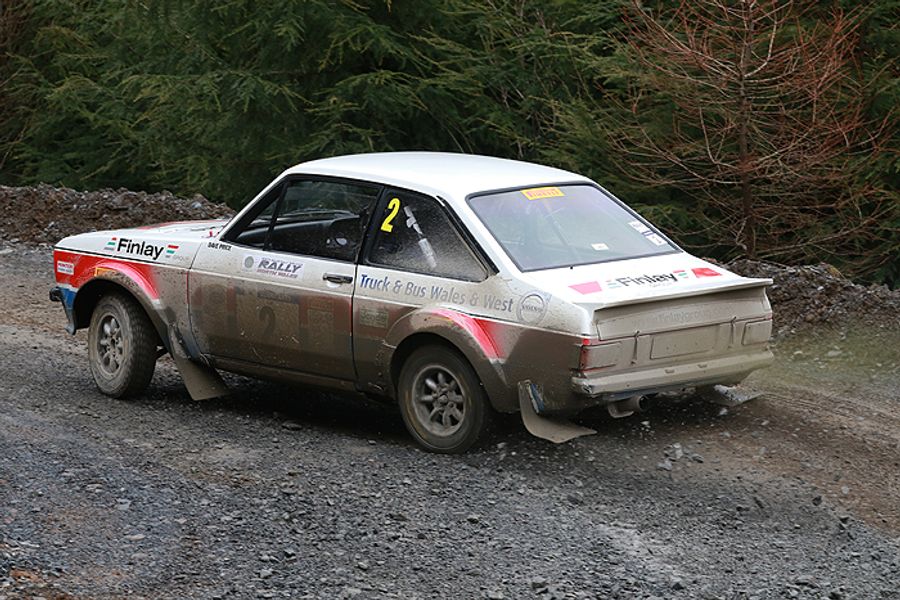 The 2019 FUCHS LUBRICANTS Motorsport UK British Historic Rally Championship will get off to a spectacular start on Rally North Wales on Saturday, March 30th.

A stellar entry of historic cars spanning the 1960s and 1970s will tackle classic Welsh forest stages in the first of the seven-round calendar, which includes five gravel rallies and two asphalt events. As well as an on-going TV package, the championship will make extensive use of social media channels with a particular focus on Facebook and YouTube, including live Facebook coverage.

The last car on the road of the two-wheel-drive section of the rally will be the Ford Escort Mk2 of Nick Elliott and Dave Price and they will fly over stages they know well. A BHRC crown is a notable gap in Elliott’s rallying achievements and a strong result this weekend could set him up for a serious title challenge. His chief rivals include local star Osian Pryce, though the WRC hopeful is unlikely to be a BHRC contender in this one-off outing, Irish ace Marty McCormack and Ludlow star Joe Price. Of course, all of them will be in Ford Escort Mk2s and they head a field that is packed with quality.

Drivers like Alan Walker, Simon Webster, Rudi Lancaster will be chasing for a top three finish and watch out, too, for the returning Rob Smith as well as Ben Friend who steps up to BDG power and should be very rapid. With Friend moving up, the Pinto-powered Escorts in Class D3 should be headed by Josh Browne, while the Talbot Sunbeam of David Hopkins will set the mark in class D2.

Category 2 is for the cars produced between 1968 and 1974 and is headed by welcome returnee Stanley Orr in his very quick Escort Mk1. After a couple of seasons away, the Northern Irishman is back for another crack at the BHRC and will be tough to beat in the Category as he also chases a strong overall result. Leading the pursuit of Orr will be John Perrott, who is back with his Escort Mk1 after a couple of seasons out of rallying. Warren Philliskirk, Chris Skill, BHRC newcomer Gary Smith and Andrew Stokes are more strong Category 2 contenders. Simon Pickering (Escort Mk1) should set the mark in class C3 for the Pinto-engined cars, while the 1600cc ranks are topped by the new pairing of Rory McCann and Tim Tugwell (Hillman Avenger).

Finally, the incredible Bob Bean tops Category 1 in his Lotus Cortina with Malcolm Smithson back from a brief retirement to read the route notes. Bob marked his 81st birthday earlier this month and the number on the side of the Cortina will celebrate that fact!

Rally North Wales, which is sponsored by North Wales Rally Services, is run by Wolverhampton and South Staff Car Club.