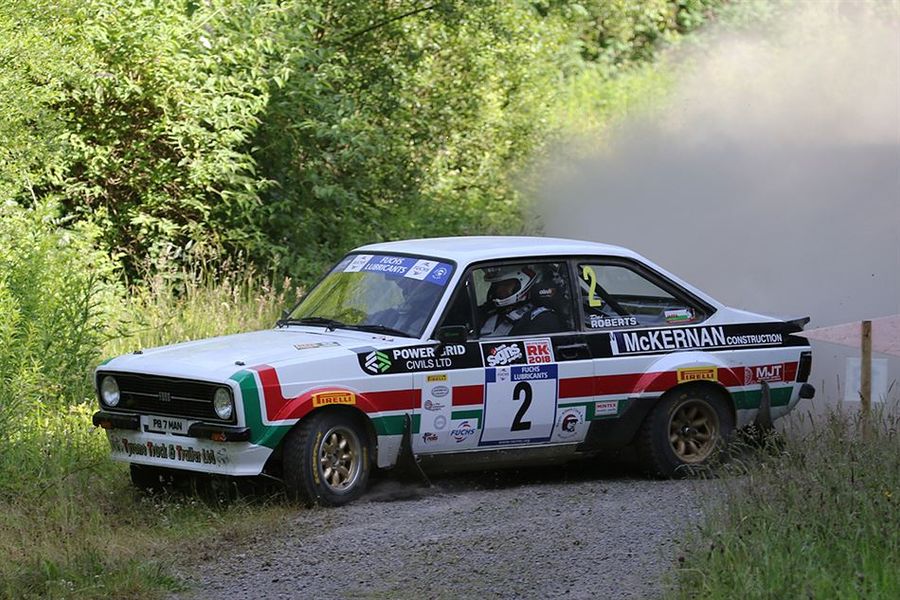 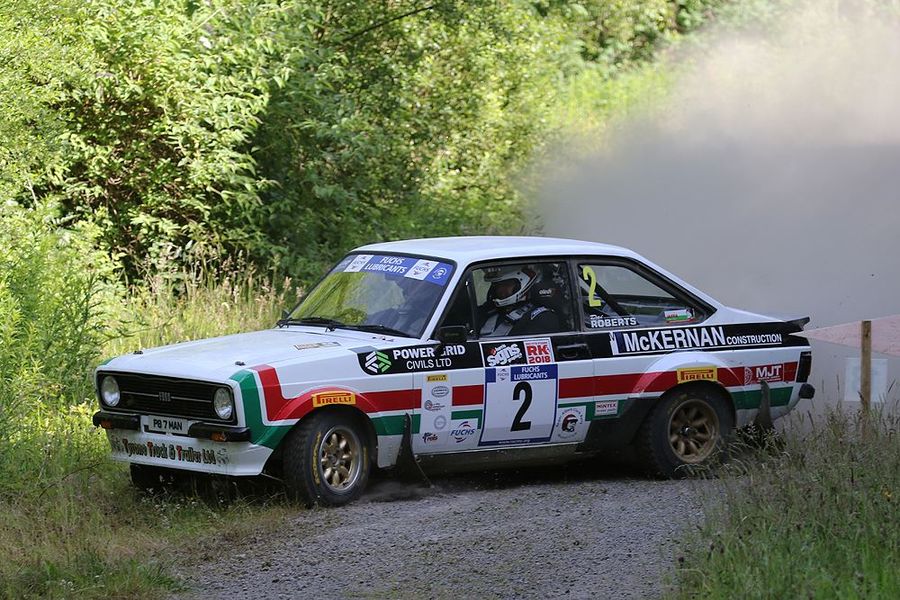 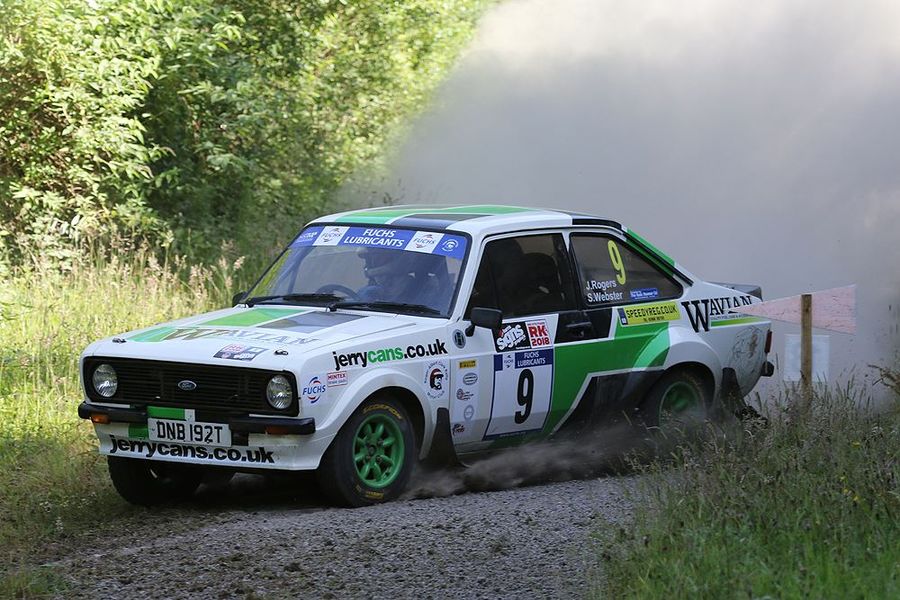 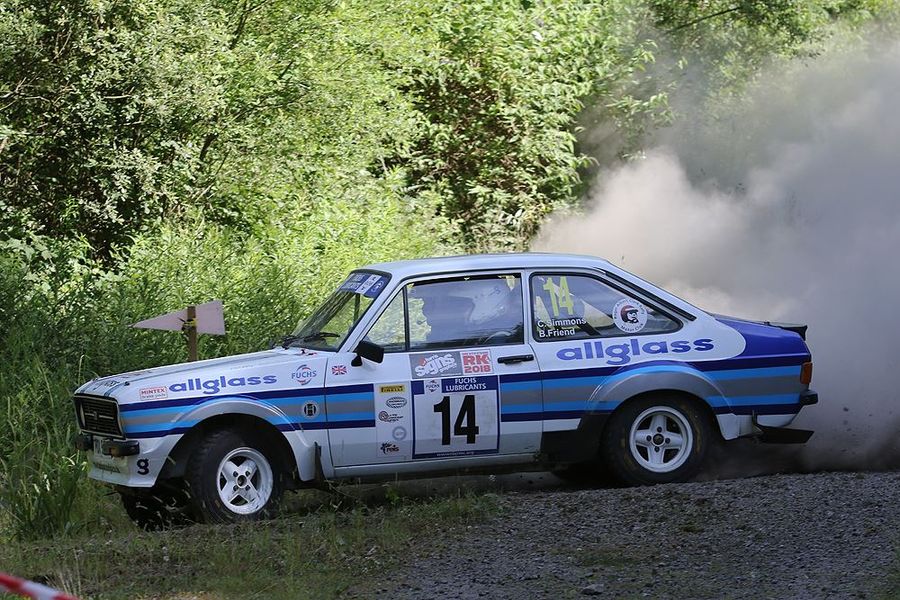 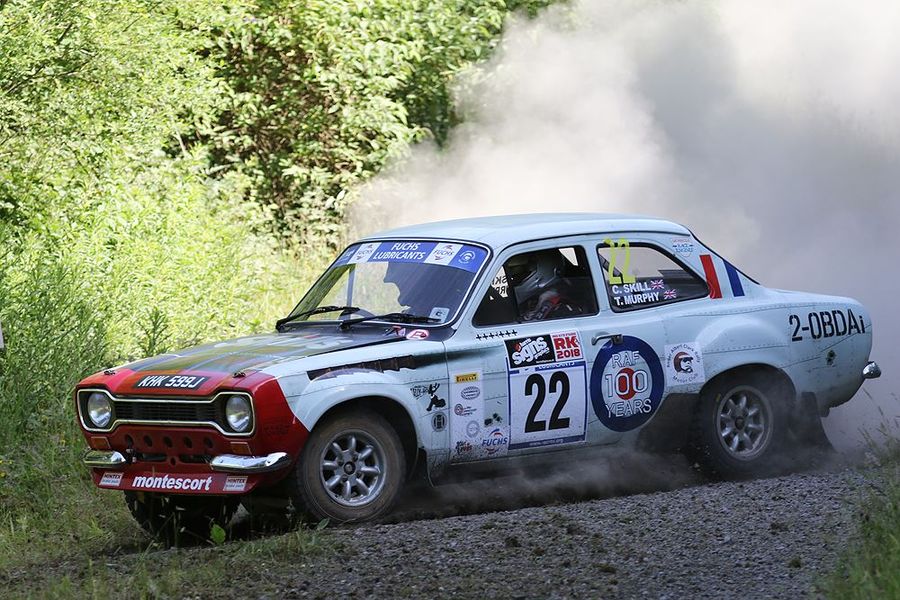 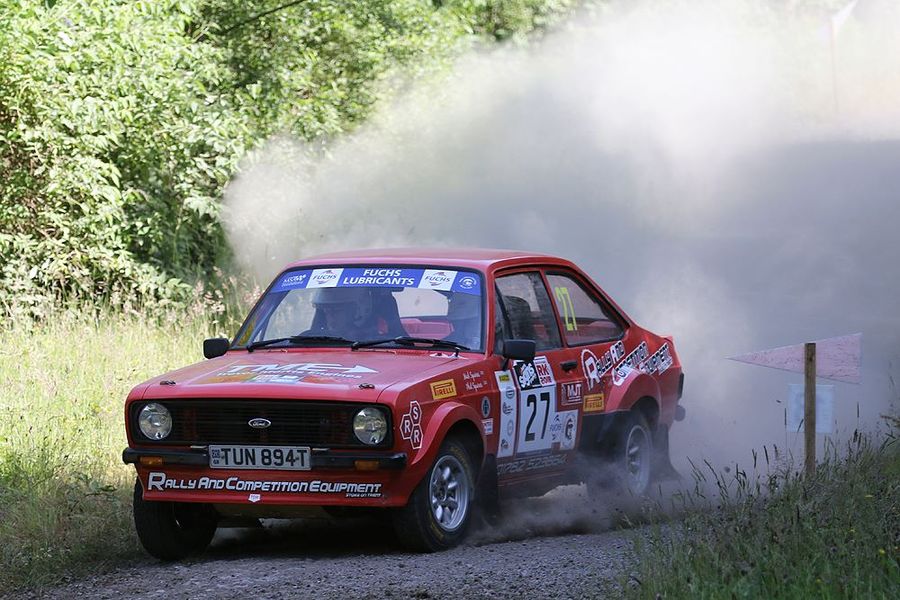 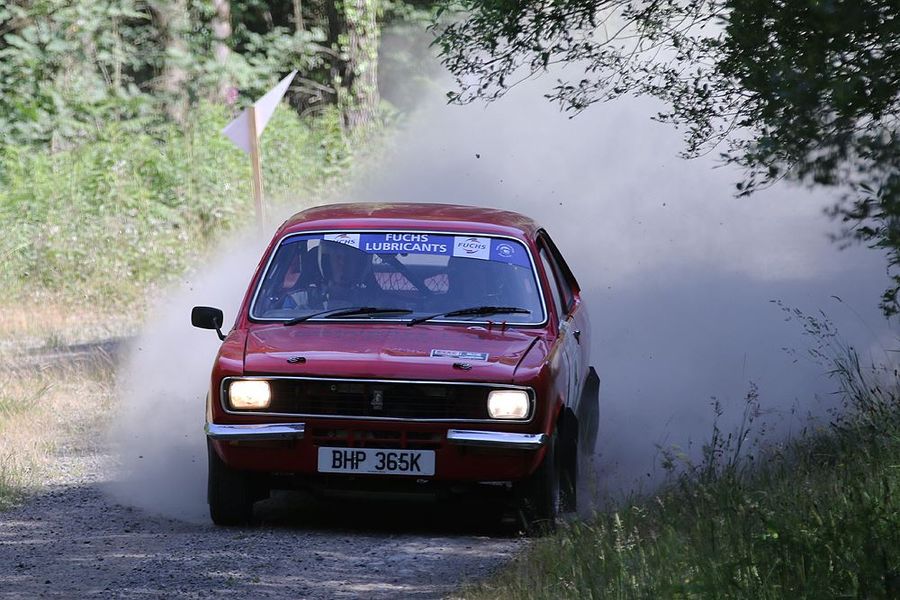 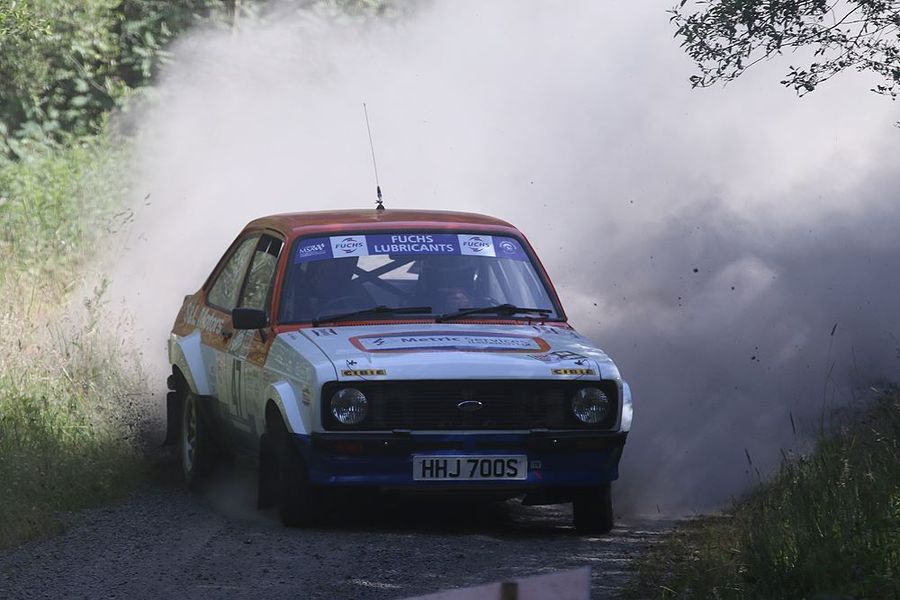 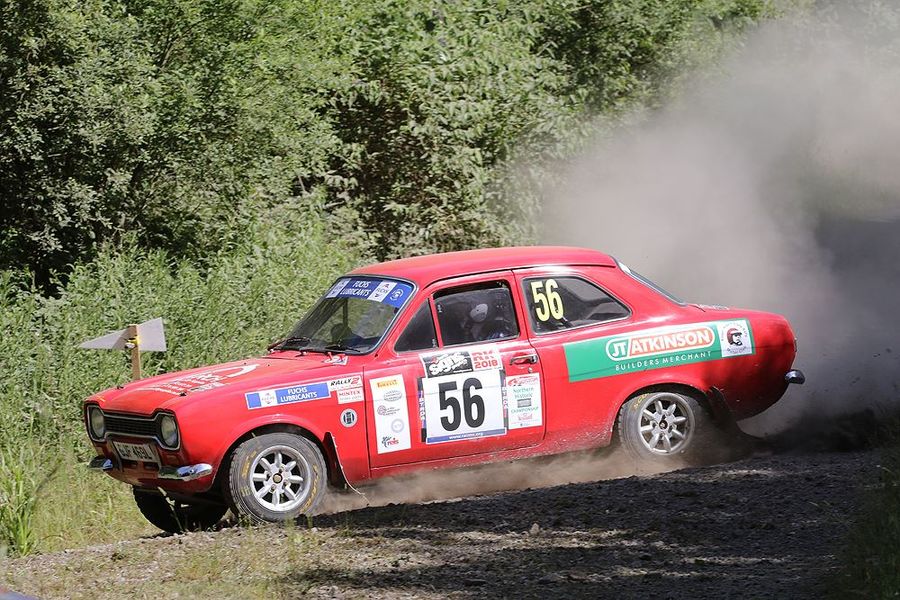 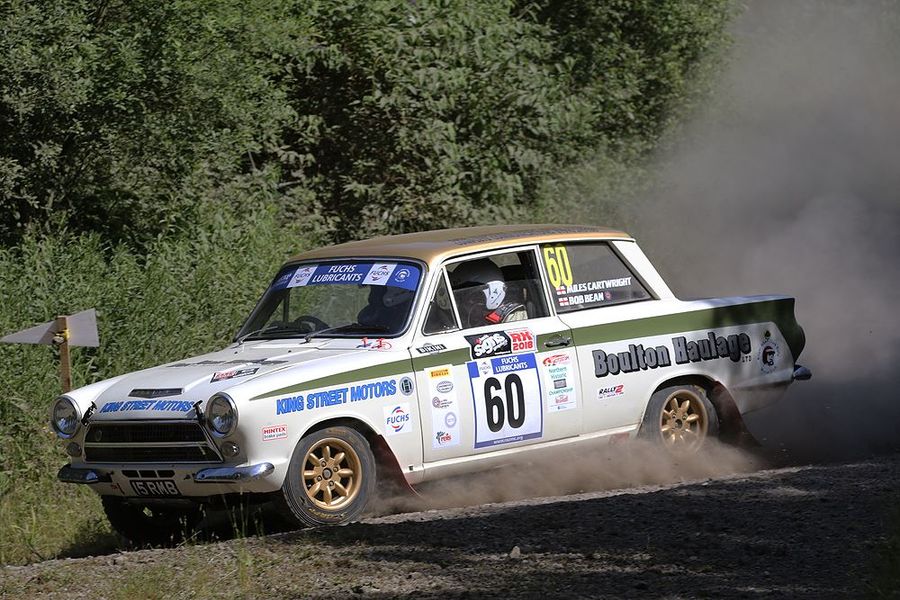 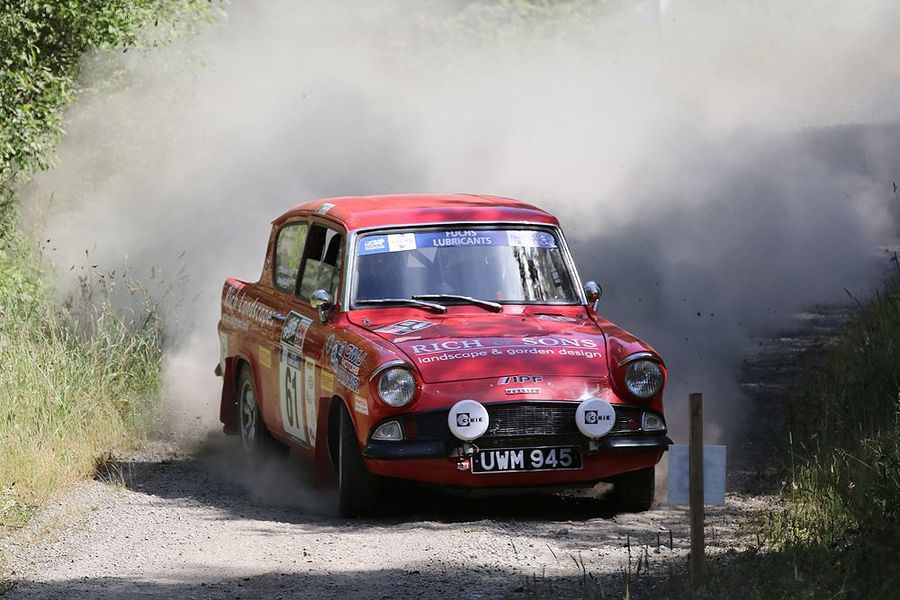 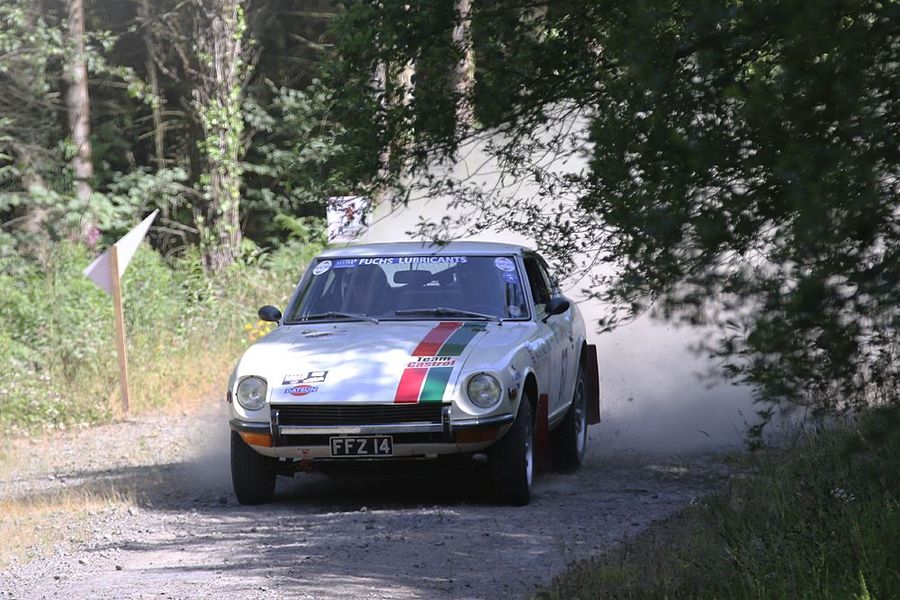 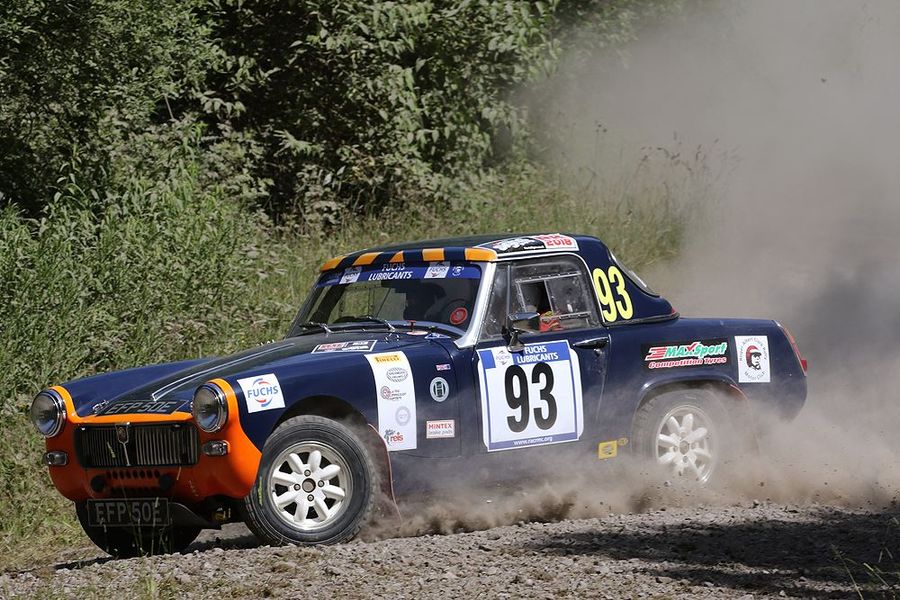 As the event took rallying back into the forests of South Wales for the first time in four years, a fabulous battle raged for BHRC points behind rally winner Osian Pryce. Just 42s covered the top seven championship finishers and Barrett/Rogers scythed ahead of Simon Webster/Jez Rogers to score a last stage victory. In a dramatic finish, Steve Bennett/Osian Owen edged Webster back to fourth by a single second, while only one second down on Bennett was another Escort Mk2 in the hands of Ryan Barrett/Paul McCann.

Category victories went to Chris Skill/Tom Murphy (Ford Escort Mk1) and Malcolm Rich/Arwel Blainey (Ford Anglia) on a day when high speed stages and hanging dust made conditions challenging. However, the little used stages drew rave reviews from the crews, many of whom were tackling these forests for the first time.

As well as being the fourth of eight BHRC rounds, the Red Kite Stages was also the fourth round of the BHRC Forest Challenge, supported by Rally and Competition Equipment, and was the fourth event for the new BHRC2, supported by Sherwood Engines.

Barrett and Webster opened their battle by setting the same time in the first Crynant stage, but it changed in stage two in Resolven when Barrett collected a front puncture and drove out on it, losing about 20s. Rudi Lancaster/Guy Weaver also punctured, but up into contention came Bennett/Owen and Ryan Barrett/Paul McCann.

After service came a single run at nine miles in Margam and Bennett was a strong second as punctures struck Webster, who lost at least 20s, and both Barretts. After a second visit to service, Barrett went on the attack for the re-run of the first two stages.

Starting the deciding Glyn Castle stage, three seconds covered the top trio and Barrett continued his attack to grab maximum BHRC points from Bennett and Webster as 10 seconds decided the BHRC top three. Ryan Barrett joined the party by getting to within a second of Webster.

It was an important result for Paul Barrett in the championship after a non-finish on the previous rally. “We’ve had so much help to get here after the fire on Carlisle,” he said of the work to rebuild the Escort after an engine fire two weeks earlier. Bennett delivered a superb drive and Webster drew equal praise for running at the very head of the pace.

Lancaster deserved more than points for fifth after a puncture and late clutch issue, and he was chased home by the leading two Pinto-powered Escort Mk2s from class D3. Despite the driver feeling unwell, Stuart Egglestone and Brian Hodgson did it again but this time it was very close as Ben Friend and Cliffy Simmons were just 7s adrift after a mighty day-long scrap. Friend capped his day with third fastest time in Bryn but sadly off the road in the morning went class contender Josh Browne and Jane Edgington.

While Barrett/Rogers topped the Rally and Competition Equipment Category 3, it was Chris Skill and Tom Murphy who took a great win in the Skipton Ford Category 2 with a performance that took them inside the top 10 overall. However, Skill was relieved to make the finish with an ailing diff. Skill’s main category rivals were delayed by punctures and so into a fine second in Category 2 went the class C3-winning Hillman Avenger of Baz Jordan/Paul Wakely as Avengers packed out the top of the category.

The value and status of BHRC2 was ably demonstrated as the top three cars were covered by just 11 seconds after a glorious battle at the head of class C2. Eliot Retallick and Tim Tugwell (Hillman Avenger) badly wanted a finish and battled back from a cautious start to grab the class over the similar car of Ken Graham/Rory McCann and the Escort Mk1 of Robin Shuttleworth/Ronnie Roughead. But any one of the three crews could have been on top after a fantastic contest.

The result of Category 1 changed within sight of the end of the final stage when Rikki Proffitt and Graham Wild were nearly a minute ahead until a damaged ball joint allowed a front wheel to work loose. With just three corners of the final stage to go, their rally was over.

Instead, Malcolm Rich and Arwel Blainey swept by to win Category 1 after an attacking drive in the Ford Anglia. Bob Bean and Miles Cartwright (Lotus Cortina) were half a minute adrift after a slightly off-colour rally, but still clear of the Volvo Amazon of Ken Davies/Alun Jones.