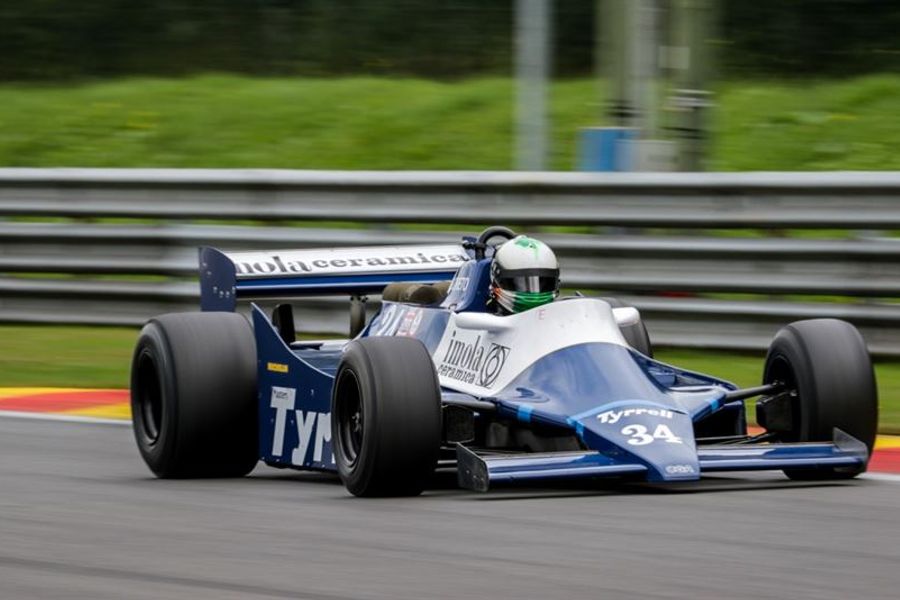 Christophe d’Ansembourg was the home crowd’s hero at the popular Spa Six Hours meeting as he spoiled himself with three wins at his home track of Spa-Francorchamps. The Belgian took a double win in Masters Endurance Legends and a first and second place in the two FIA Masters Historic Formula One races. Masters’ Spa Sunday was all about family joy, as first father and son David & Olivier Hart won in Masters Gentlemen Drivers before brothers Andrew & Max Banks went on to star in the FIA Masters Historic Sports Car race.

With new champion Nick Padmore deciding against appearing in his Williams FW07C, it was wide open for the FIA Masters Historic Formula One races. In the end, though, two more Williams FW07Cs shared the spoils, Christophe d’Ansembourg beating Mike Cantillon on Sunday, with the latter turning the tables on Sunday. Henry Fletcher took his debut pre-78 class win and duly doubled up in his March 761 the next day.

Andrew & Max Banks were in a league of their own in their McLaren M6B, Andrew first opening up a 30-second gap to the chasing Olly Bryant (Lola T70 Mk3B) and then Max producing fastest lap of the race right after a safety-car restart for a one-lap sprint to the finish. The Leo Voyazides/Simon Hadfield T70 Mk3B took third. In the pre-66 Hulme class, Chris Jolly and Steve Farthing (Cooper Monaco T61M) took a straightforward win when their rivals Keith Ahlers and Billy Bellinger (Cooper Monaco King Cobra) dropped out on the opening lap.

A week after their famous win at the Goodwood Revival, David & Olivier Hart did it again by also winning the 90-minute Masters Gentlemen Drivers enduro at Spa. Andy Wolfe in the Cobra shared with Michael Gans led David Hart towards the pitstops but there was nothing Gans could do against young Olivier Hart, who took a clutchless Cobra by the scruff of its neck to give it its second win in eight days. Five laps from the end, Simon Hadfield in the Voyazides/Hadfield Shelby Cobra Daytona Coupé also moved past Wolfe.

Wolfe was a protagonist in the Masters Pre-66 Touring Car race as well, as he fought the man that occupied the co-driver seat in Mike Gardiner’s Ford Falcon Sprint last year. Debuting in Sean McInerney’s Ford Mustang, Keen proved too quick for the Falcon to win ahead of Wolfe and Rob Fenn’s Mustang. Fenn was elevated into third place after Peter Klutt in another Mustang was handed a couple of 30-second time penalties.

With seven of eight rounds now done, the European Masters season comes to a close at the Dijon Motors Cup on 12-14 October. Outside Europe, Masters has a date at Sonoma Raceway on 5-7 October while after last year’s demo Suzuka’s Sound of Engine meeting on 16-18 November will see a proper Historic Formula One race for the first time.