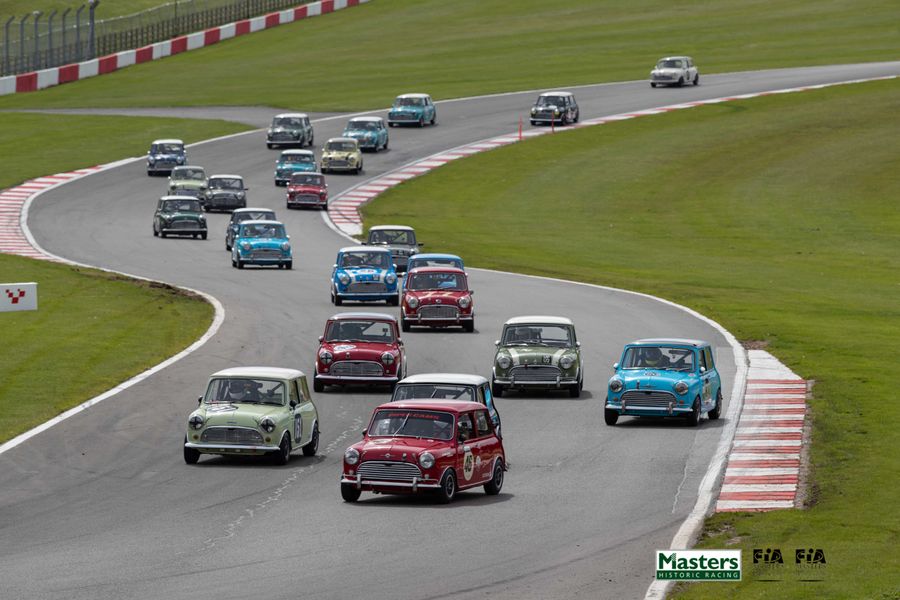 A mixture of weather conditions – with very wet qualifying and largely dry racing – produced some great racing in Masters Historic Racing’s Donington Race Weekend on June 8th and 9th. Leo Voyazides and Simon Hadfield triumphed in the Gentlemen Drivers race on a very cold and wet Saturday while Craig Davies, Michael Gans and Endaf Owens took the wins on a sunny Sunday.

The Masters Gentlemen Drivers race seemed to be going the way of Julian Thomas and Calum Lockie, the pair looking for a third straight win in their Shelby Cobra Daytona Coupé – but when Lockie retired to the pits with the car on fire, with a safety car deployed almost simultaneously, the race turned on its head, allowing Simon Hadfield in another Daytona Cobra to push through to a win that had looked very unlikely for himself and Leo Voyazides.

Craig Davies took a controlled win in the Masters Pre-66 Touring Car race, taking the lead on lap 2 and never looking back. Most of the chasing was done by the Thomas/Lockie Falcon but when Lockie had to retire yet another car, Steve Soper took up the challenge in the Cortina started by Mark Martin. Voyazides/Hadfield finished third. 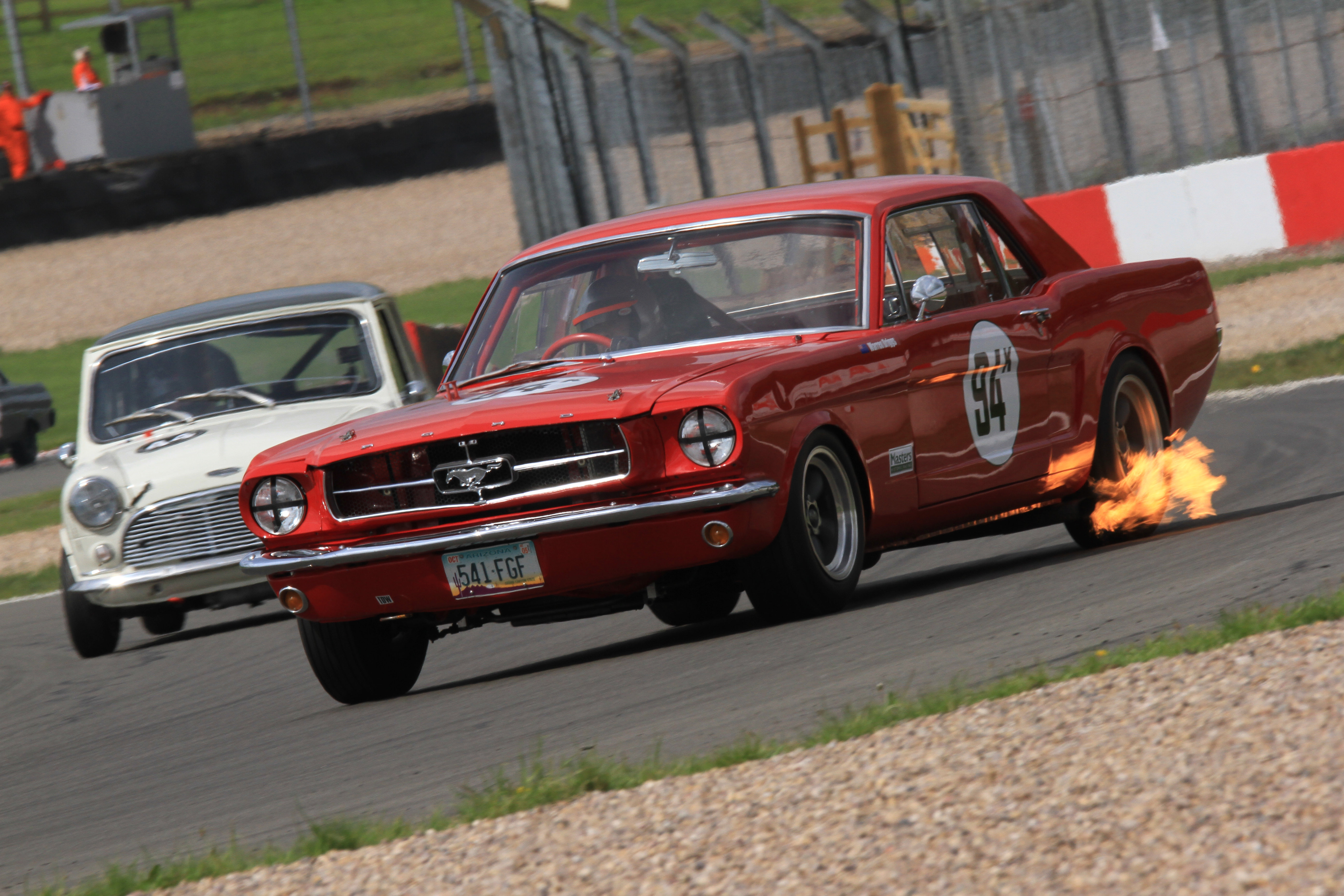 The non-championship Masters Historic Sports Car race became a battle of attrition, Michael Gans coming through in his Lola T290 to take a dominant win after the Banks/Banks McLaren M6B and the Voyazides/Hadfield Lola T70 Mk3B faltered. Matt Wrigley’s Chevron B19 took second while Thomas and Lockie finally managed to finish the race to take a surprise third in their feisty Chevron B8.

The one-hour SU Carburettors Masters Pre-66 Mini bash was another race of faded challenges, as Endaf Owens saw off the close attentions of Ian Curley and Jeff Smith before his rivals were forced into retirement. This handed the Welshman an emphatic win over Elliot Stafford in second and Nick Paddy in third. 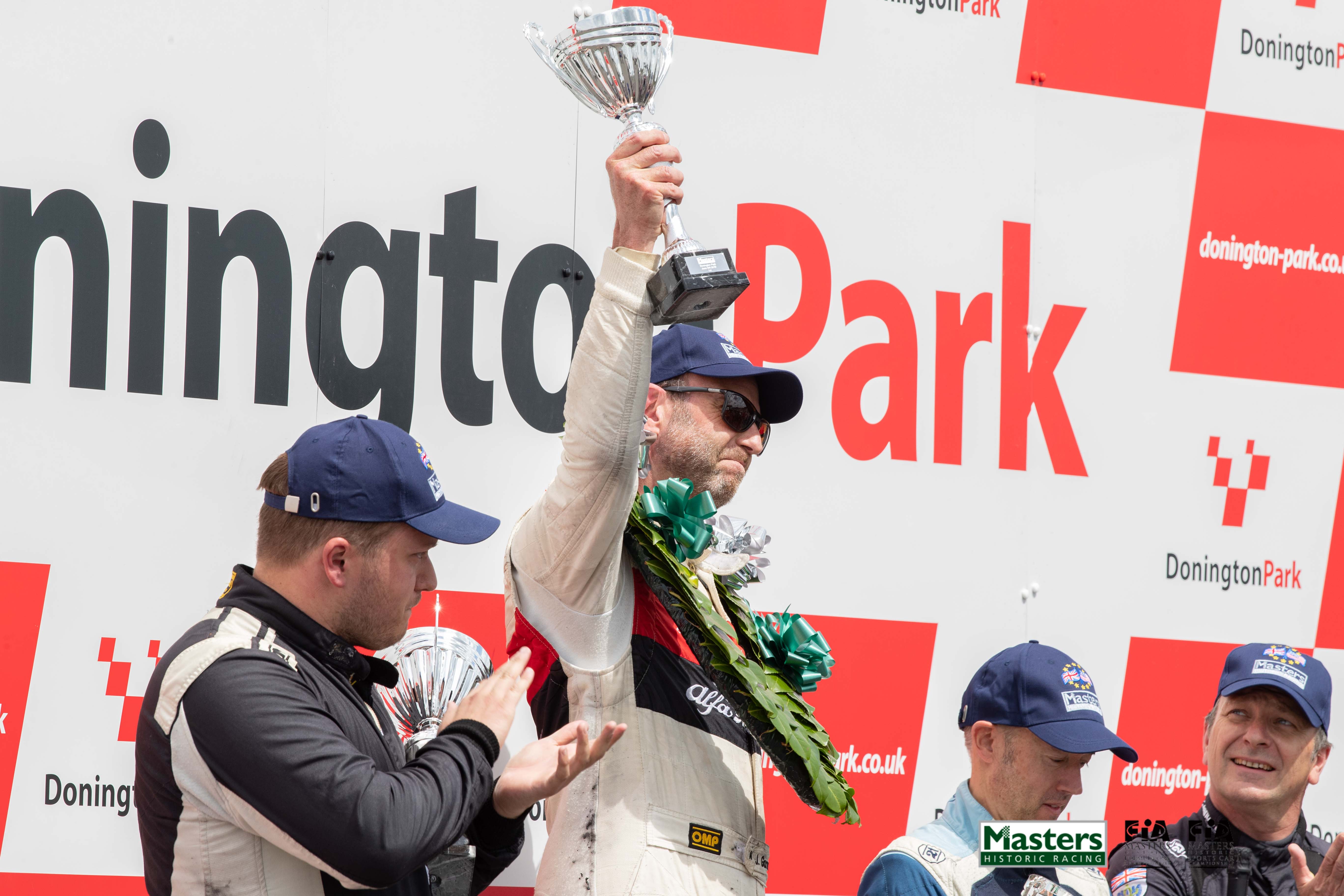