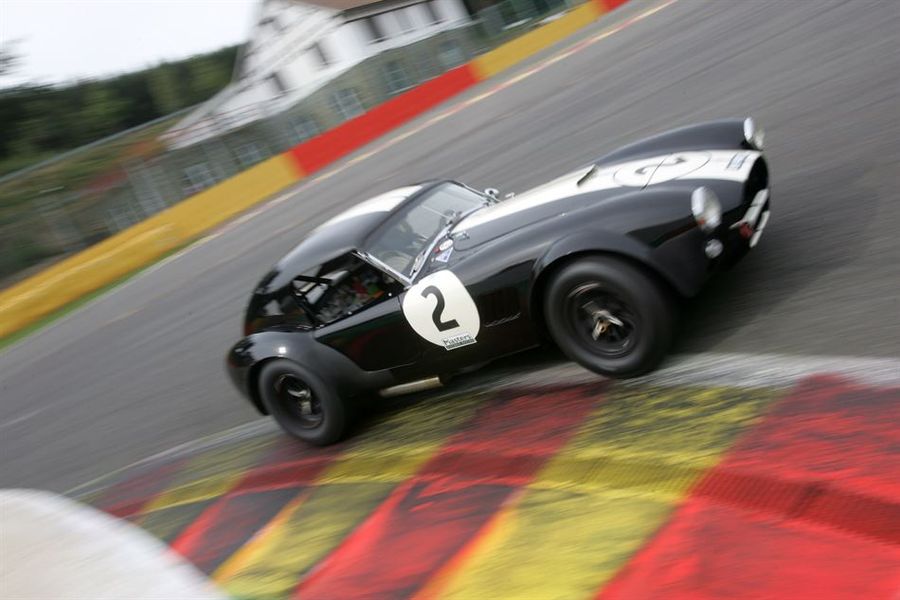 All four of the Masters Historic Racing championships are set for a crucial weekend at Spa-Francorchamps (September 19-21). Each of the Masters’ championships head to the classic Belgian Grand Prix circuit, with the FIA Masters Historic Formula One Championship set to thrill fans with its two 25-minute races. Steve Hartley (Arrows A4) leads the championship, 17 points clear of Simon Fish in his Unipart Ensign N180 with Greg Thornton (Lotus 91/5) lying third. However, with Thornton set to race in Singapore that weekend, the pressure is off Fish and he can concentrate on attacking Hartley with races at Spa and Jerez to go. The pre-1978 division is headed by Manfredo Rossi di Montelera (Brabham BT42), 13 points ahead of Max Smith-Hilliard (Lotus 77) and a further three clear of Andrew Beaumont’s Lotus 76/1. However, both the Lotus drivers will be on the floodlit streets of Singapore allowing Rossi to edge towards the title. A potential race winner will be Silverstone victor Martin Stretton (Tyrrell 012) and the ace racer and preparer is a huge fan of the annual Spa Six Hours event. “This meeting is one of the best of the year. It is a circuit that is on my top list – but like beautiful women, you can’t pick just one! The fast bits are a really good, a real challenge, not just Eau Rouge but Blanchimont and Pouhon as well especially in these cars. It really is a superb place and one that I always love racing at.” The FIA Masters Historic Sports Car Championship is set for a fierce fight in a 61-minute enduro. Keith Ahlers/Billy Bellinger (Cooper Monaco) head the championship by a solitary point from Simon Hadfield/Leo Voyazides (Lola T70 Mk3B) with fellow Lola racer Jason Wright a further point back. However, eight points adrift of the Ahlers/Bellinger is Andy Newall whose Chevron suffered season-ending mechanical damage in Holland and the ace racer has joined Pedro Macedo Silva in his Lola T70 Mk2 Spyder in order to keep his championship hopes alive. Ahlers/Bellinger also head the Gentlemen Drivers Pre-66 GT Championship, seven points up on Simon Hadfield/Leo Voyazides with Mark Martin a further two points back. All three teams have a chance of a class win to increase their championship hopes. Leo Voyazides (Ford Falcon) aims to stretch his four-point lead over Mini racer Ron Maydon in the combined Pre-66 Touring Car and 70s Celebration race, in which, but in a huge grid 58 cars, no-one’s life will be easy in the 61-minute race. And with just one further race weekend to go after Spa, at Jerez on October 10-12, the weekend will be an important one for the championship-hungry drivers.

Podcast: The Only Way is Spa!