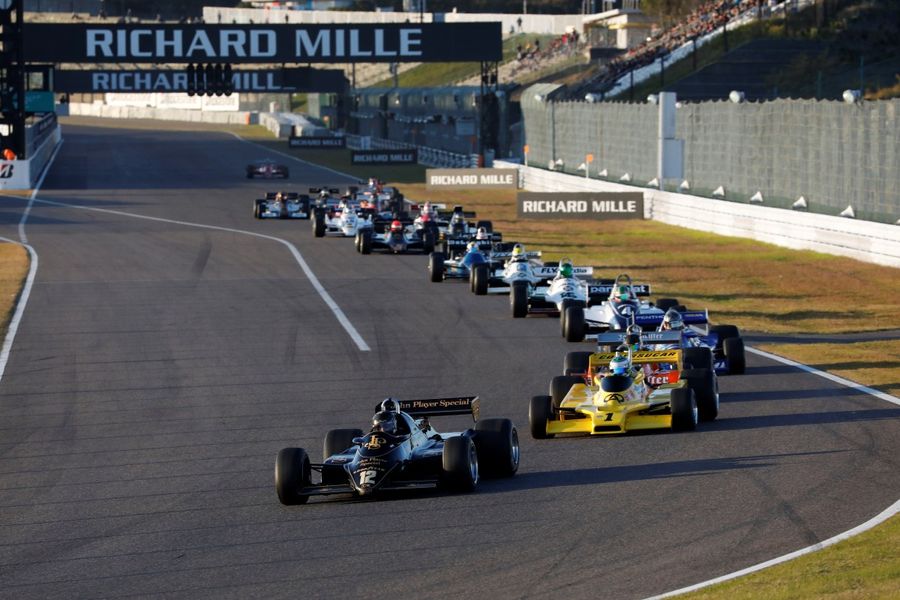 Greg Thornton was the man to beat in the Historic Formula One races at the Suzuka Sound of Engine in Japan this last weekend.

In Race 1, Thornton took a dominant flag to flag victory after pole sitting team-mate Katsu Kubota failed to take the race start, leaving the door wide open for Thornton to make the race his own.

An early safety car period to recover Joaquin Folch’s stranded Brabham meant that Thornton had some pressure on the restart from Nick Padmore (Fittipaldi F5a) for a few laps, but by midway Thornton had a small buffer between himself and Padmore. Padmore was the leading pre-78 car and was chased hard by Michael Lyons (Hesketh 308E) throughout. Henry Fletcher came in 4th overall but also took the 3rd place on the pre-78 podium.

Behind these 4, Charles Nearburg (Williams FW07) made progress throughout to take 5th overall and 2nd on the Post-78 podium closely followed by Steve Romak (Tyrrell 012). Ron Maydon made it up to 7th place in the LEC hard-pressed by Andrew Beaumont, who made it up from 12th on the grid, to finish 8th.

Although Christophe d’Ansembourg started in 7th and despite fast lappery he only finished 11th overall following two off-track excursions.  In the Stewart Class, Steve Cook finished in first place in his March 721G, finishing in 12th place.

In Race 2, Thornton and his trusty Lotus 91 finished off his 2018 season in style hanging onto victory by the narrowest of margins. With the reverse starting grid mixing it up for the first few laps, Thornton had his work cut out to make this race his own.

Pole-sitter for Race 2, Andrew Beaumont lead the grid away with Steve Romak on his flank, Beaumont hanging on for the first half of the lap until a charging Nick Padmore (Fittipaldi F5a) worked his way from fifth on the grid to first place by the end of the first lap. Beaumont came unstuck on the second lap, causing a brief safety car to recover the stricken Lotus 76. Thornton, meanwhile, had a brief moment when trying to overtake on lap 2 before beginning his charge again when the safety car came in. By the 3rd lap, he had made his way past Padmore to the front of the race and looked determined to stay there.

Padmore looked favourite to hang onto the 2nd slot until gearbox issues caused him to retire on lap 7, leaving the pre-78 podium honours open to Henry Fletcher who had been flying throughout. Thornton’s teammate, Katsu Kubota, was on a mission having started from the back of the grid, making his through the pack into 2nd by half distance. Kubota was not able to make any major inroads into Thornton’s lead until the final yards of the race when Thornton slowed dramatically as he ran low on fuel. At the line the winning margin was just 0.624 seconds with Charles Nearburg taking the 3rd step of the Post-78 podium and 4th overall.

Steve Romak had a defiant race, bringing his Tyrrell 012 home in 5th place overall and taking the Lauda Class honours. Joaquin Folch also had a chance to make up for yesterday’s race disappointment, his 6th position made it worthwhile for the CGA team to have a late Saturday night in order to change the engine on his Brabham BT49.

Henry Fletcher finished 3rd overall, taking the pre-78 podium honours. The second place went to a surprised Danny Baker in the McLaren M23, finishing in 8th, and 3rd went to the ever-consistent Steve Cook in his March 721G.

A jubilant Thornton was very happy to receive his podium prizes from double F1 World Champion Mika Hakkinen, declaring Suzuka one of his favourite circuits in the world!  It was a super final weekend of the Masters 2018 season run in perfect weather in front of a large, enthusiastic and knowledgeable crowd. 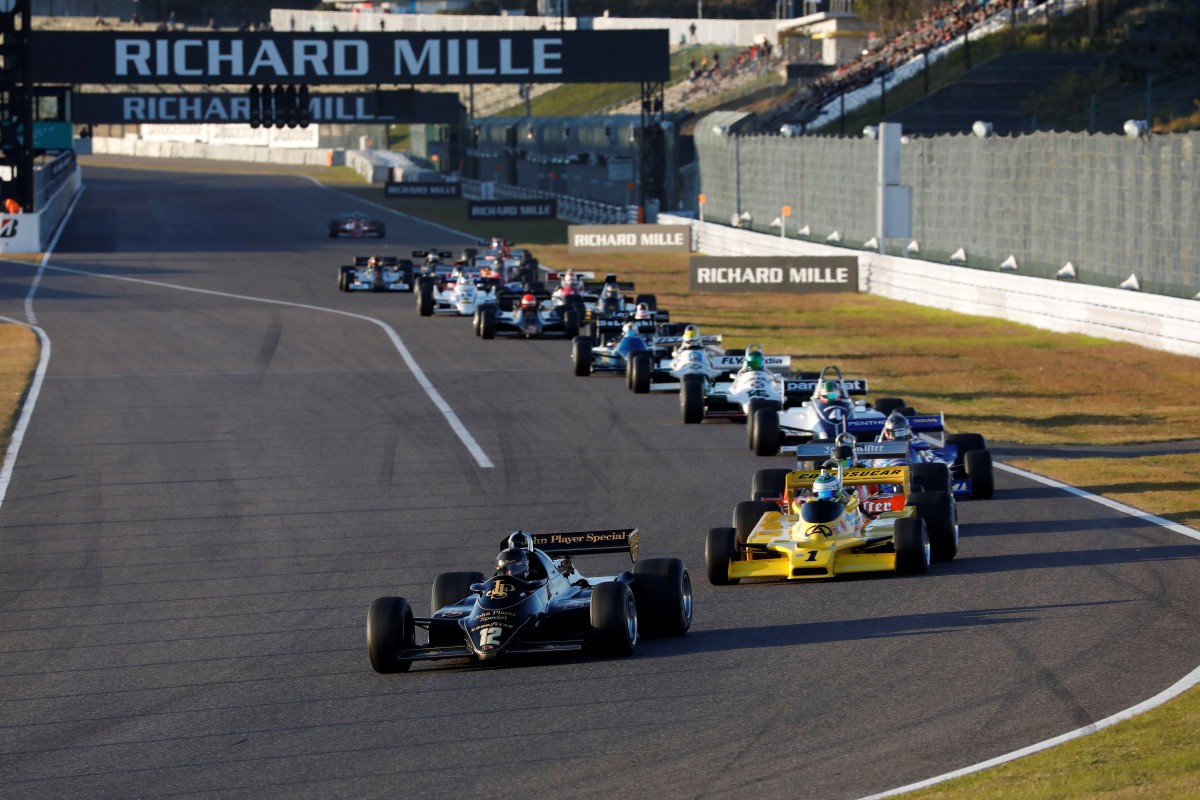