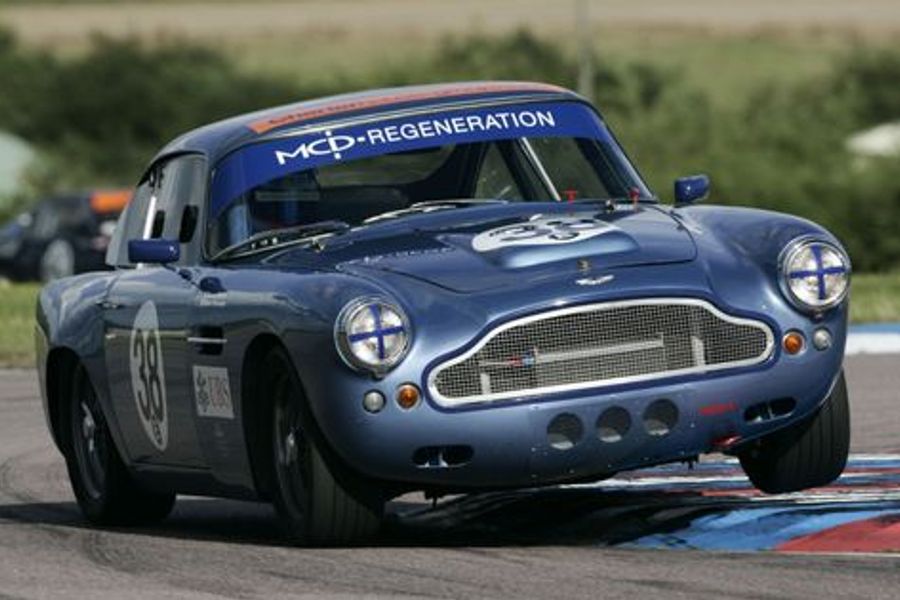 AMOC Racing’s meeting at the Snetterton 300 circuit on Saturday 31st August is dedicated to the memory of famous racer Gerry Marshall. The larger than life character took his 600th race win at Snetterton in an Aston Martin DB4 in 2000, had had recorded 625 wins by the end of the 2004 season.

The timetable for the event has been released and includes a fantastic race line-up. With the popularity of the Innes Ireland Cup for Pre ’66 under three litre cars growing throughout the year, these cars can enjoy another opportunity to run alongside the Jack Fairman Cup for 1950s sports and GT cars. The Jaguar Enthusiast Club's XK Challenge provides an air of nostalgia with its XK120s, 140s and 150s whilst the Mike Hawthorn Challenge always fields a strong array of Mk1 and Mk2 Jaguar saloon.

The ever green AMOC Intermarque Championship will in particular commemorate Marshall, who raced a variety of marques over his lengthy career and competed int he series in the 1990s. Always an AMOC Racing highlight, pre-War cars have an opportunity at Snetterton to enjoy a twenty minute handicap race on Norfolk soil in the Pre-War Team Challenge.

Equipe Classic Racing will also be in action at the meeting with their two race series - Equipe GTS and Equipe Pre ’63.