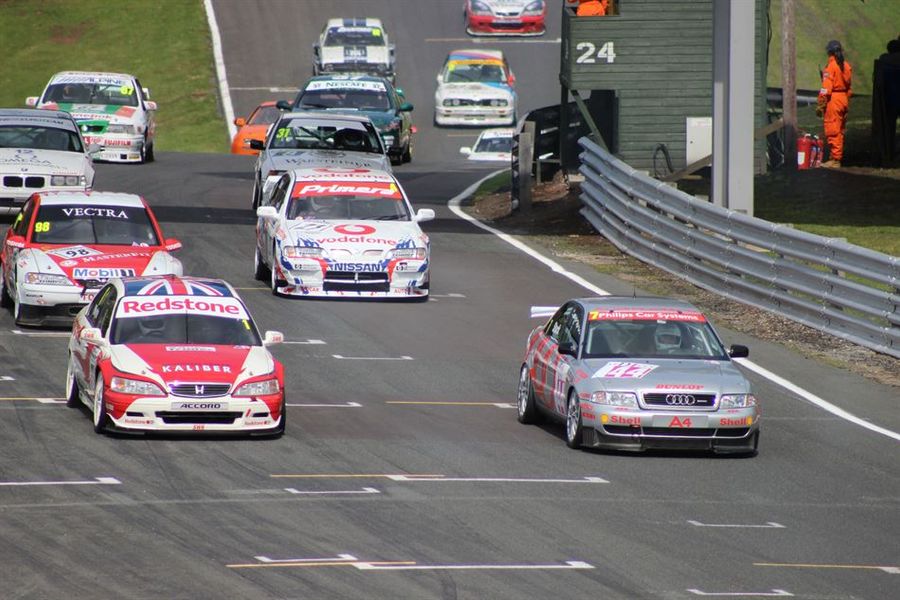 The Goodwood Road Racing Club 74th Members’ Meeting will celebrate the golden age of the British Touring Car Championship in 2016 with a special on-track collection of Super Touring machines of the 1990s. Sixteen cars, spanning Super Touring’s most outstanding years, will play a starring role at the Members’ Meeting on March 19th and 20th with a colourful high-speed demonstration on each day of the event.

The ‘Super Touring’ name came into being in 1995 and was applied to the set of touring car regulations that became the  BTCC’s sole class in ‘91 that centered around two-litre, normally-aspirated saloons such as the Vauxhall Cavalier and Nissan Primera. The Members’ Meeting track activity will focus on the spectacular winged machines of 1995-2000 that resulted in championship successes for John Cleland, Frank Biela, Alain Menu, Rickard Rydell and Laurent Aiello.

Two-time BTCC Champion Cleland and podium finisher Patrick Watts – both of whom race in the HSCC’s Super Touring Championship – will take part in the Goodwood demonstration in, respectively, their own 1997 Vauxhall Vectra and ‘98 Peugeot 406. The 2000 Honda Accord in which Le Mans legend Tom Kristensen won the last BTCC race held to Super Touring rules, the Ford Mondeo in which Rickard Rydell won three times the same season, and Jo Winkelhock’s 1994 BMW 318i are also confirmed already.

So are an ex-works Audi A4 Quattro like the one in which Frank Biela won the 1996 title, one of the Volvo S40s used by Rydell in his title-winning campaign of ‘98 and David Leslie’s Nissan Primera, in which the Scot finished second in the championship the following season. Another Leslie car, the RML-run Ecurie Ecosse Cavalier in which the he took his maiden BTCC success at Thruxton in 1993, will take part, as will the ex-Jean-Christophe Boullion Renault Laguna from the 1999 season, with more names added in due course.