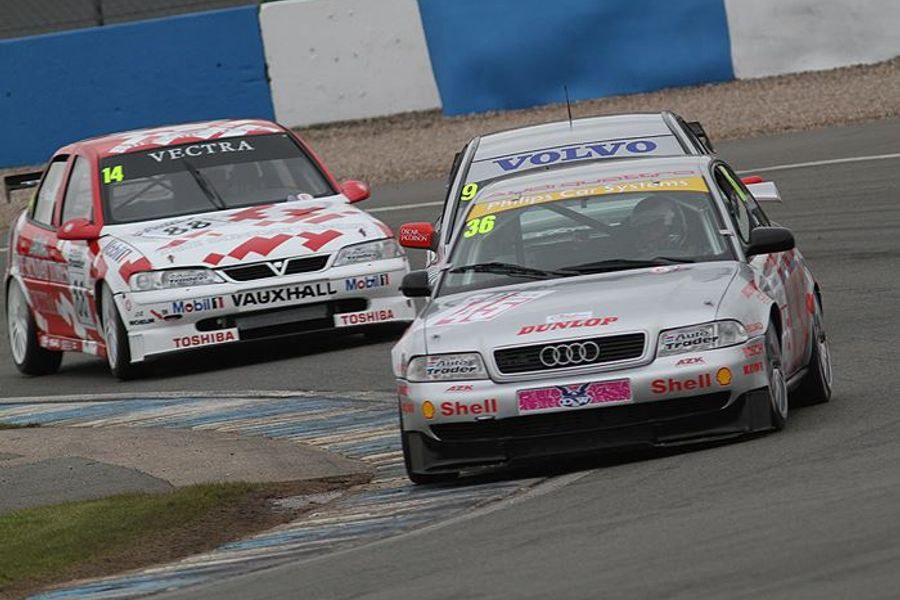 Three HSCC race series will join the HSCC Historic Formula 2 International Series at the high-profile Donington Historic Festival this weekend (28th-30th April). The FJHRA/HSCC Silverline Formula Junior UK Championship, the Jaguar Classic Challenge and the HSCC Super Touring Car Challenge will all open their 2017 campaigns at the prestigious meeting.
No less than four races for Formula Junior will get the championship off to a flying start with split grid for the front-engined and rear-engined cars and an entry of nearly 60 cars should deliver some first class racing.
Among the front-engined cars, the Lola Mk2s of Jonathan Hughes, Justin Fleming and Robin Longdon should be to the fore, along with the Elva 100 of Crispian Besley. Meanwhile, an over-flowing entry of rear-engined cars also includes Hughes, this time in his front-running Brabham BT6. Notable rivals include James Murray (Lola Mk5A), Peter Morton (Lightning Envoyette), teenaged category newcomer Benn Tilley (Lotus 22), Michael Hibberd (Lotus 22) and Mark Woodhouse (Lotus 20/22).
A fantastic field of pre-1966 Jaguars and a host of star drivers will gather for the opening race of the 2017 Jaguar Classic Challenge and a huge number of rapid E-types will battle at the head of the 40-minute contest on Sunday.
Potential contenders in the optional two-driver race are the cars of Joaquin Folch/Simon Hadfield, Sam Thomas/Colin Turkington, Graeme Dodd/James Dodd, Martin O’Connell/Andrew Kirkaldy, John Pearson and reigning champion Julian Thomas who again shares his 2016 Donington race-winning car with Calum Lockie. Lining up against the E-types will be the stunning D-type of Ben Eastick, a brace of XK150s and a trio of Mk1 and Mk2 saloons.
Two races for the HSCC Super Touring Car Challenge will be among the weekend highlights and for the first time the grid of Super Tourers will include a class for pre-2006 BTCC cars. Early runners in this new initiative will be the ex-Dan Eaves Honda Integra of Bernard Hogarth and the MG XS of Jason Hughes, who raced the car in the BTCC in period.
Leading regular Super Touring entries include John Cleland (Vauxhall Vectra), James Dodd (Honda Accord), Jason Minshaw (Volvo S40) and Neil Smith (Alfa Romeo 156) while the earlier Ford Sierra RS500s of Mark Wright and Andrew Kirkley add further quality to the field.