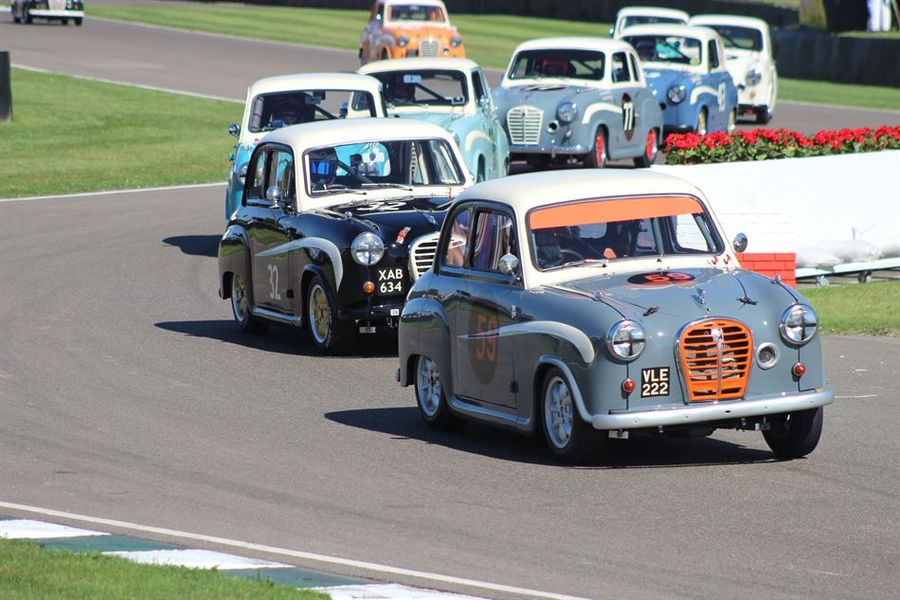 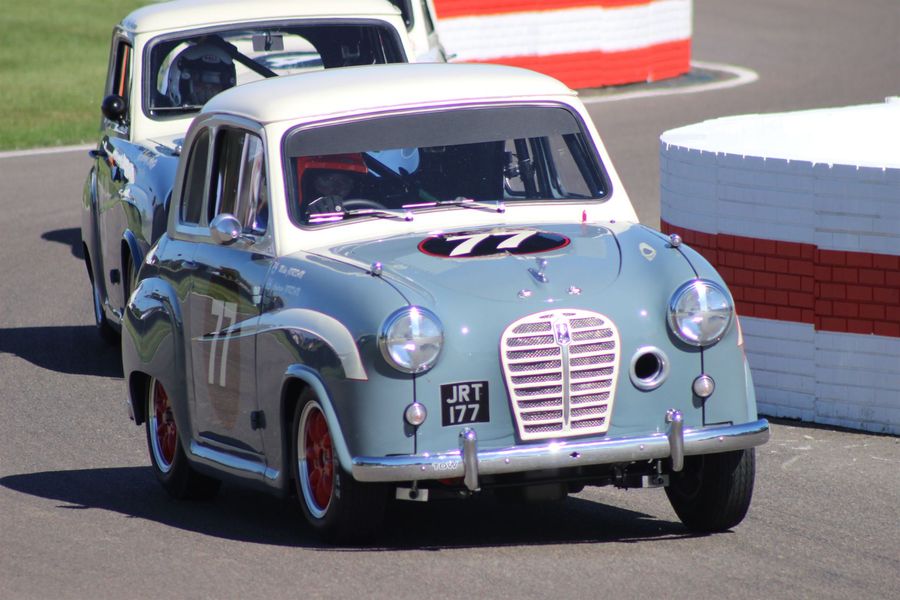 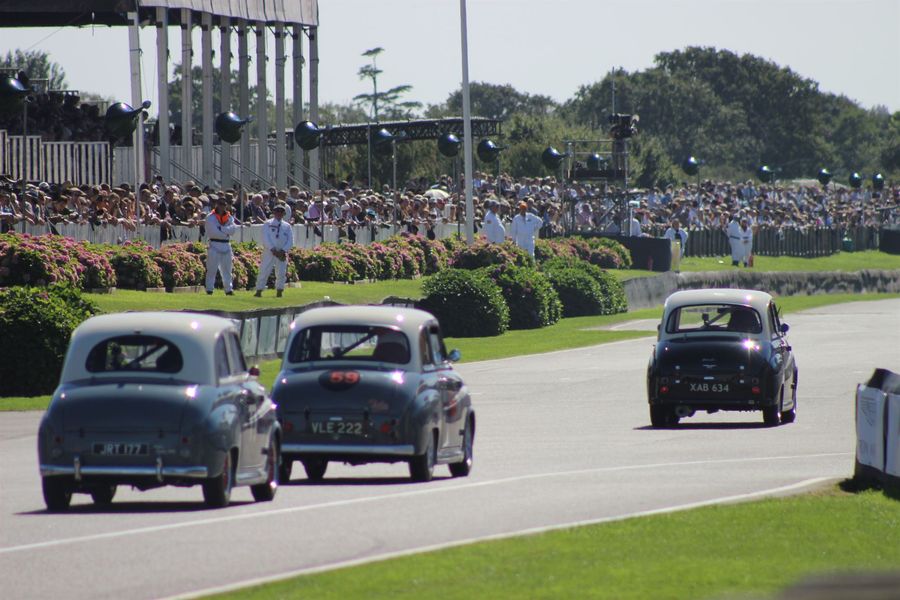 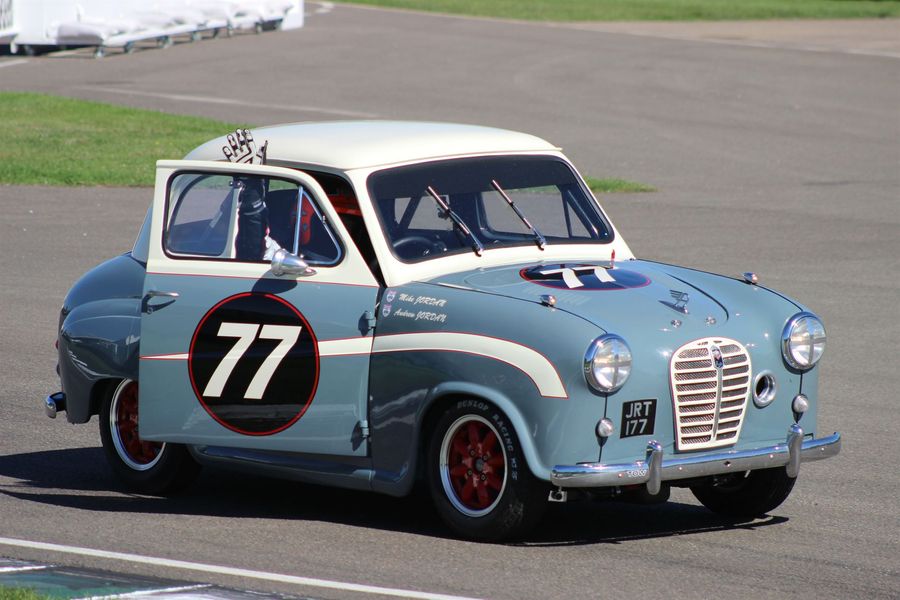 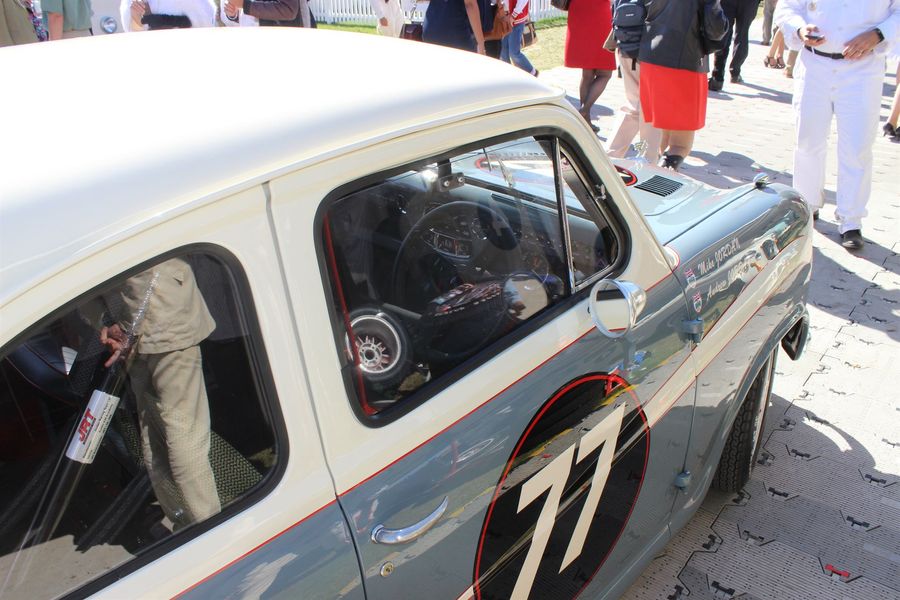 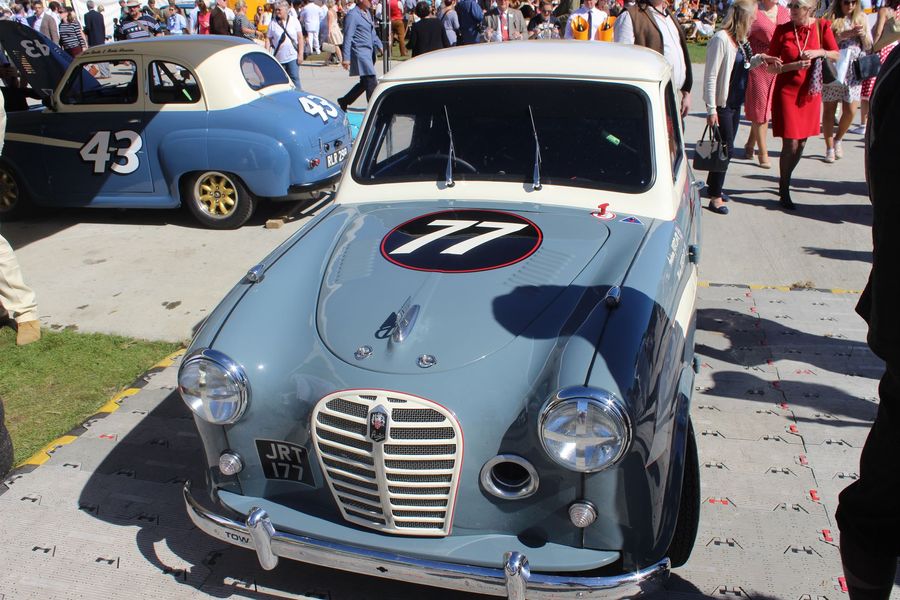 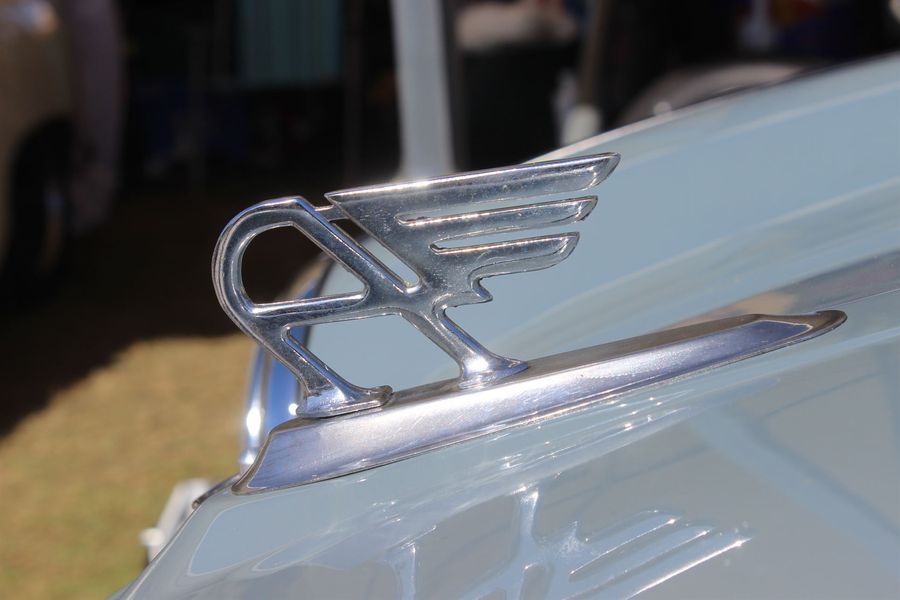 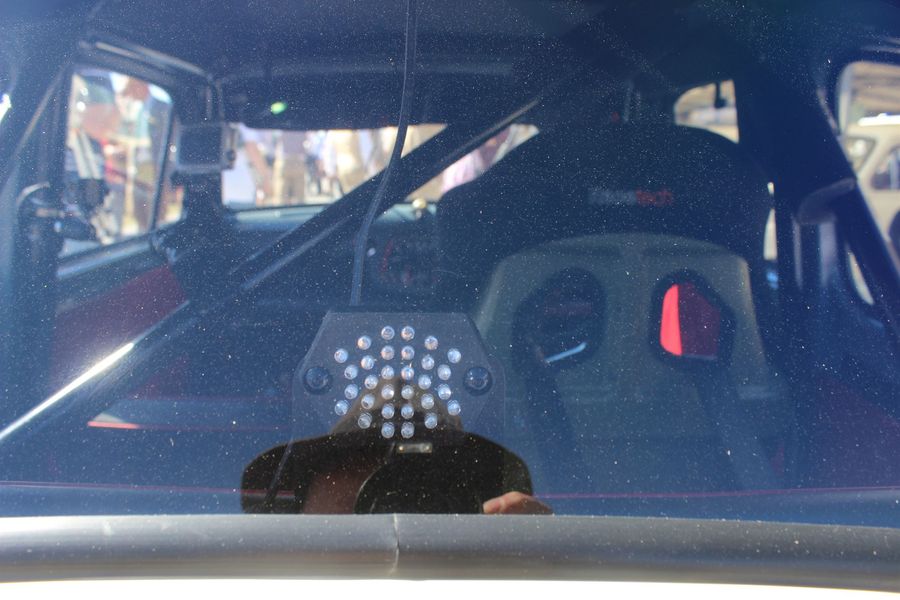 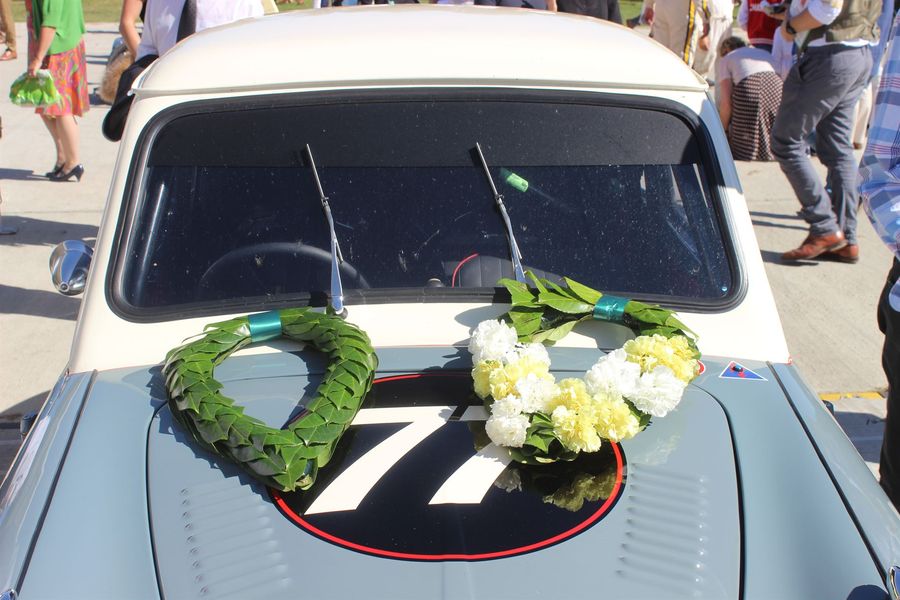 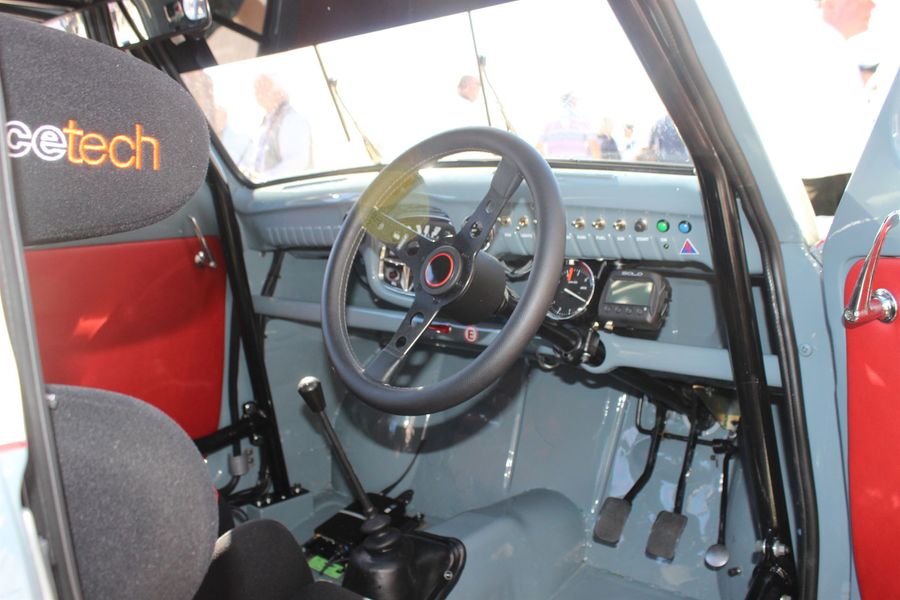 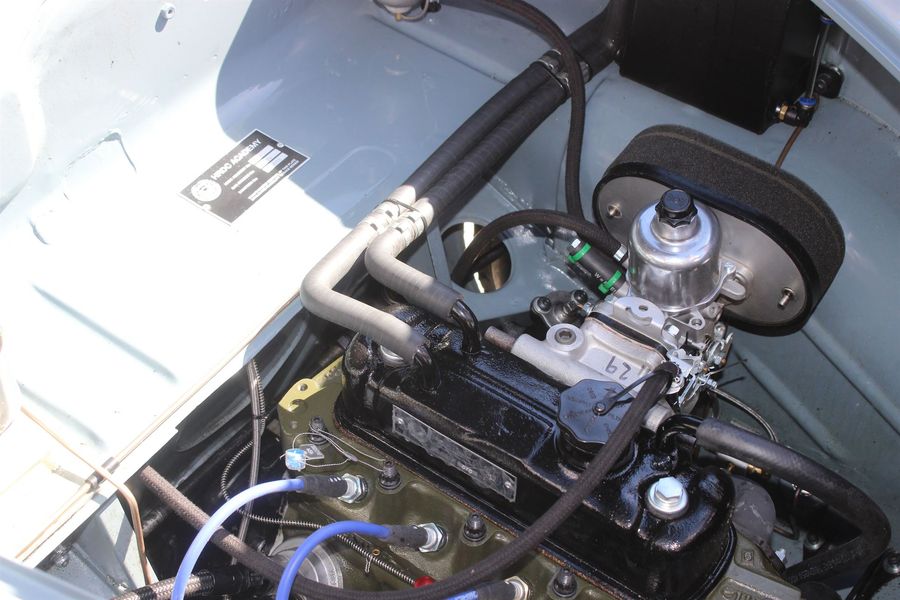 Click on the Gallery tab for images from Goodwood and a close look at the winning Austin and Video to see Saturday's St Mary's Trophy race from the 2016 Revival!
One of the success stories in recent seasons in UK historic motorsport has been the HRDC’s Academy series, which sees diminutive Austin A30 or A35s racing bumper to bumper. The series now appears at some of the contry’s biggest historic meetings, impressing with its levels of preparation, evenly matched cars, and close racing - all of which saw the Academy win 'Race Series of the Year' at the 2016 International Historic Motoring Awards.
The Academy was conceived by Historic Racing Drivers Club founder Julius Thurgood as a way of providing a controlled and transparent route into historic motorsport for a would-be racer. A specific race kit was designed and specified to convert a road-going Austin A30 or A35 saloon into a historic race car.
That gave any novice a secure route into racing in the knowledge that there was the level playing field offered by the closest thing to a one-make series in historic racing. With parts only available from specified suppliers and a designated sole engine supplier, the HRDC at the start of the Academy would inspect and scrutineer the car and issue a ‘passport’ verifying its conformity with the regulations.
“Having been in historic racing for 40-years, and my first historic race car cost me £875,” explained Julius. “The market has changed tremendously since then and I have always been concerned that with the escalation of the prices of the cars the entry level to the sport is moving further and further away from most people.
“I agree it is a wealthy man’s sport but there has to be a stepping stone towards it or otherwise people will not be interested – and I am thinking here of younger owners or drivers, people who might want to race, their father maybe has an historic car but they are not quite ready to jump into that.
“The idea was to establish an entry level that people could get involved in our sport and hopefully move on. The idea was that you would get involved in an Academy car, maybe stay with it for a couple of years, and then pass it on to someone else.
“I was brought up in production sports and saloon car racing where cheating was manifest, or rather enhancing your car within the rules…, and I sort of know just about every trick you can do to a car, so we tried to design a car with very little opportunity to do anything to do. Oh – you can actually do what you want with tyre pressures!
“I have been a race promotor for many years so it was a calculated risk, and it was expensive to set up and do it properly as we had to develop a user-friendly car that was easy to build, and that would teach people how to drive an old car. We then had to develop a kit that could be sold commercially and all that took a lot of work.
“Our aim is to keep the series going, we have the Silverstone Classic as a feature race this year and that inspires people and brings in new people – as well as showing our cars to a fantastic audience. It may even hopefully bring more people into historic motorsport - which was our original idea.”
The quality of racing has seen the series rapidly gain a profile that saw Goodwood run two Academy races for the St Marys Trophy at last September’s Revival – races that showed on a major stage how much fun the small cars could be. With the series now a feature of this summer’s Silverstone Classic with a ‘pro-am’ element to the driving line-up that will see sports and celebrity ‘names’ in the cars, and with over 100,000 spectaors in the circuit over the three days plus TV coverage shuld bring Academy racing to an even bigger audience.
Last September’s Goodwood races were a two-parter, with victory going to Andrew and Mike Jordan in their Austin, and as a man who has been building race cars for many years, we asked Mike for his thoughts on building up their car.
“Most of the parts with the Academy come as a kit,” said Mike, “you have to use their roll-cage, suspension, gearbox, brakes – so you only really have freedom on the personal choice items like the seat, steering wheel and instruments. Most of the cars are using the same parts, some just may be detailed a bit differently. We put a lot of hours into our car for example, though you could have somebody who just had the car in their garage at home and does what they need to that way.
“As long as the car makes the minimum weight I think you could put the quickest driver in any of the slowest cars on the grid and they would be back at the front – the cars are very, very equal.
“One of the things is you wouldn’t have looked twice at a car like this when we were all young, you’d have been embarrassed if your dad had one! I now have one as a road car now though. Most of the race cars have fibre-glass bumpers but we built our car quite light so to bring it up to the weight – or if we have a feisty race – we put the steel bumpers from my road car on, they’ll probably stand up to some bump-drafting!
“It is good racing and there are some really good drivers doing the Academy, not only the old hands but some quick young drivers too. We were looking to race our car and use it as an advert for what JRT can build, but we have had a lot of fun too!”
HRDC A30 Julius Thurgood HRDC Academy A35 Mike Jordan