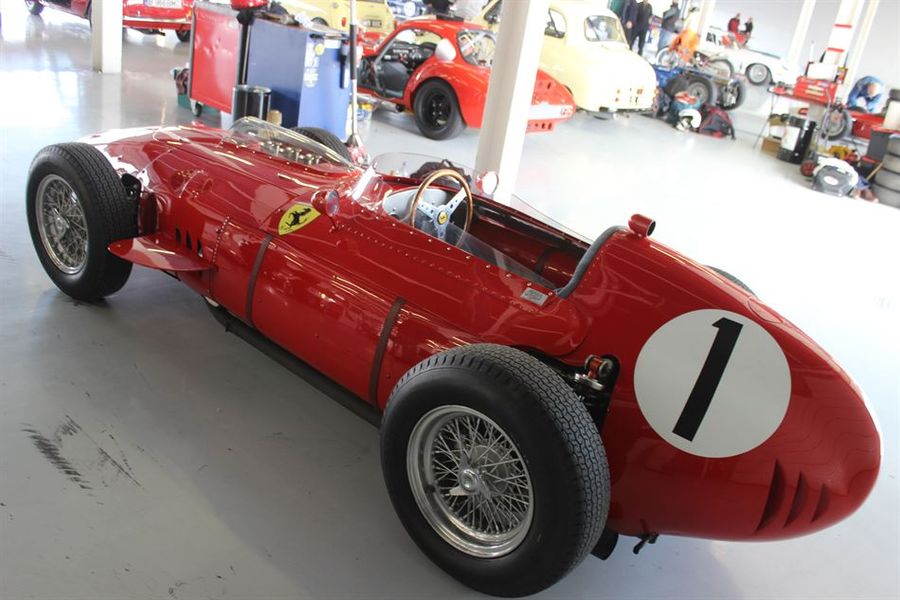 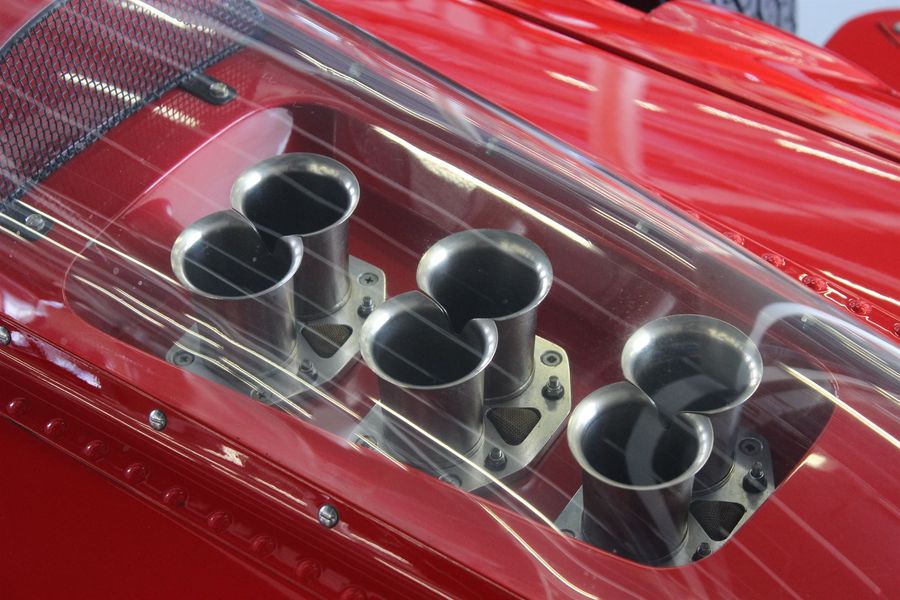 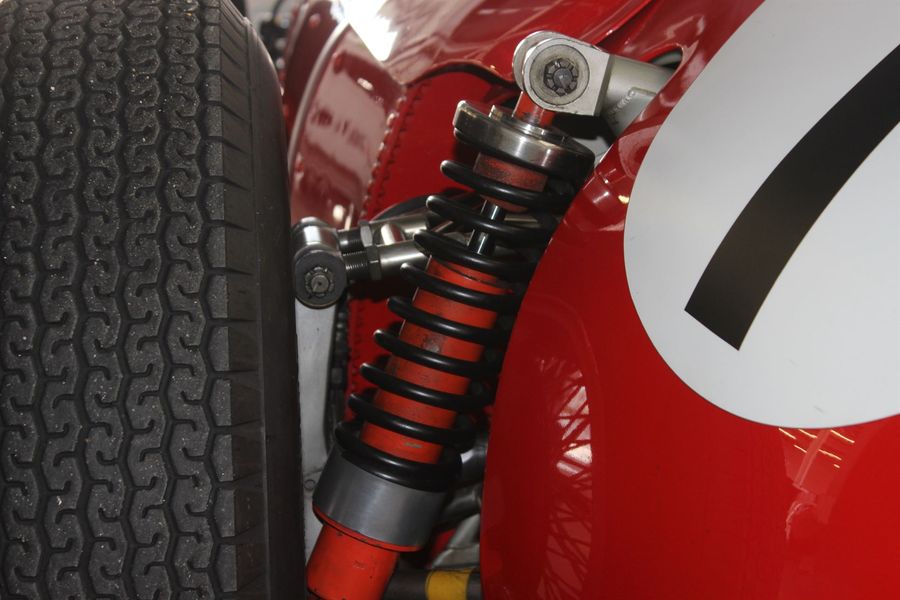 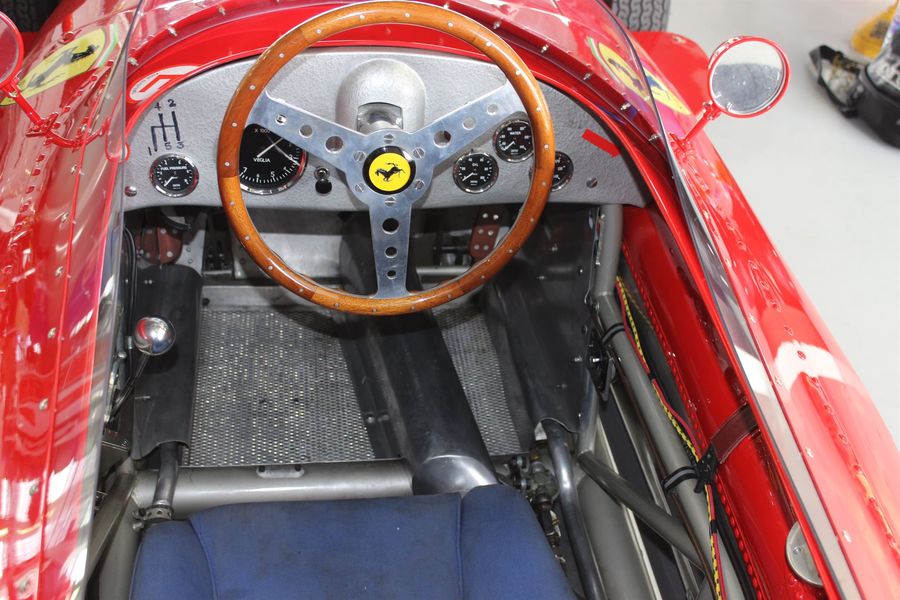 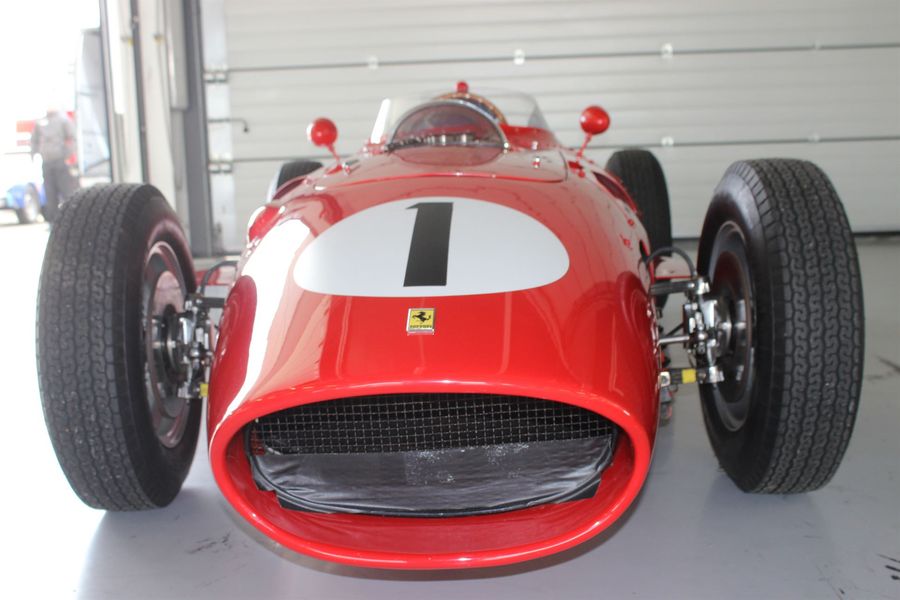 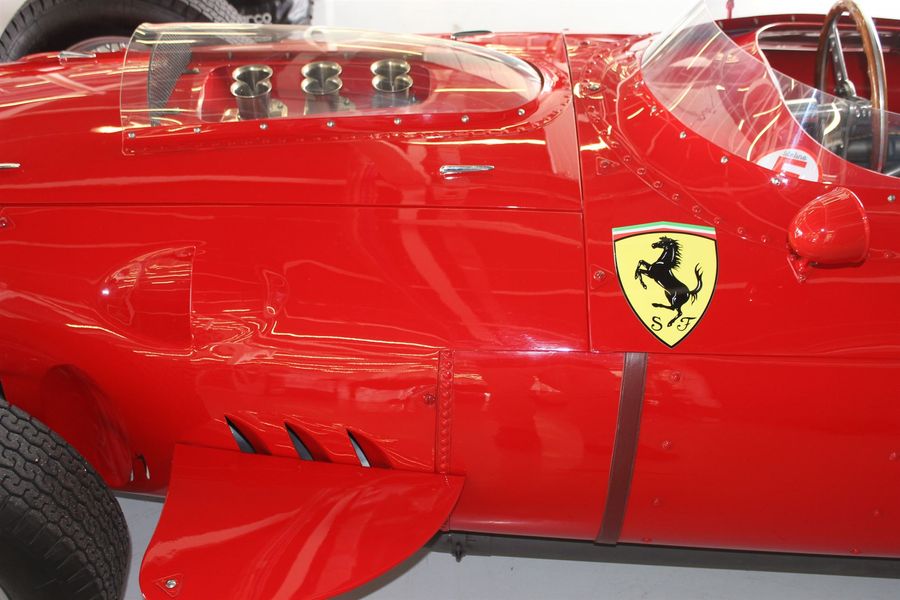 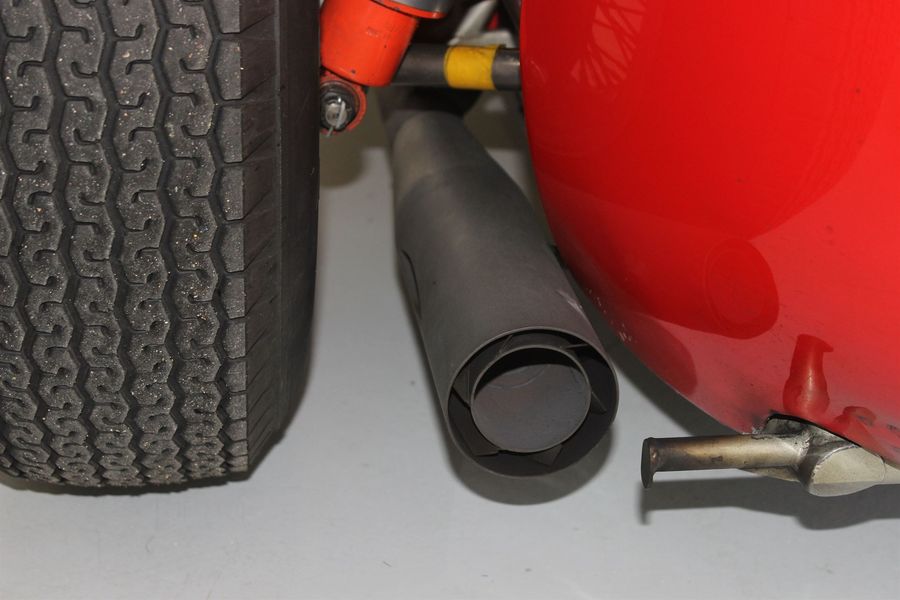 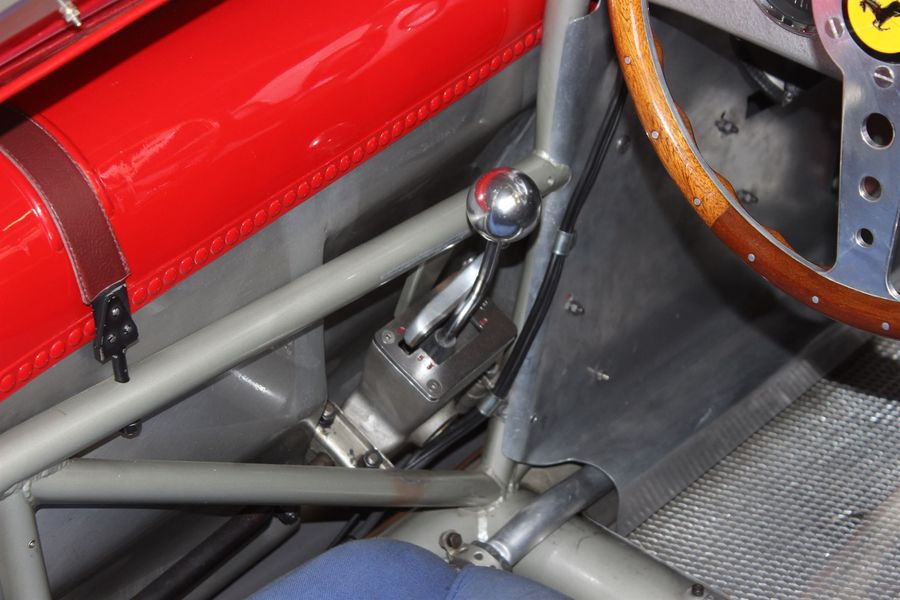 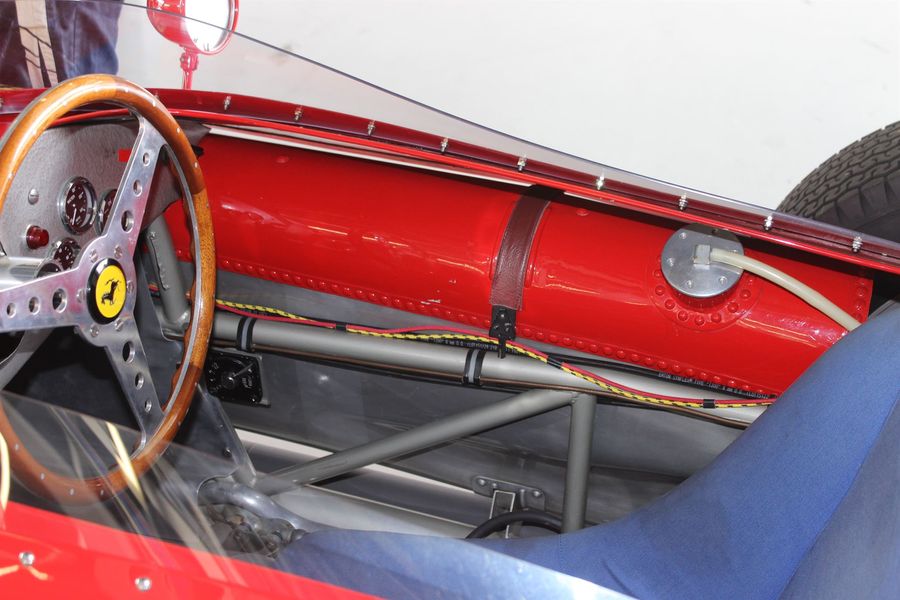 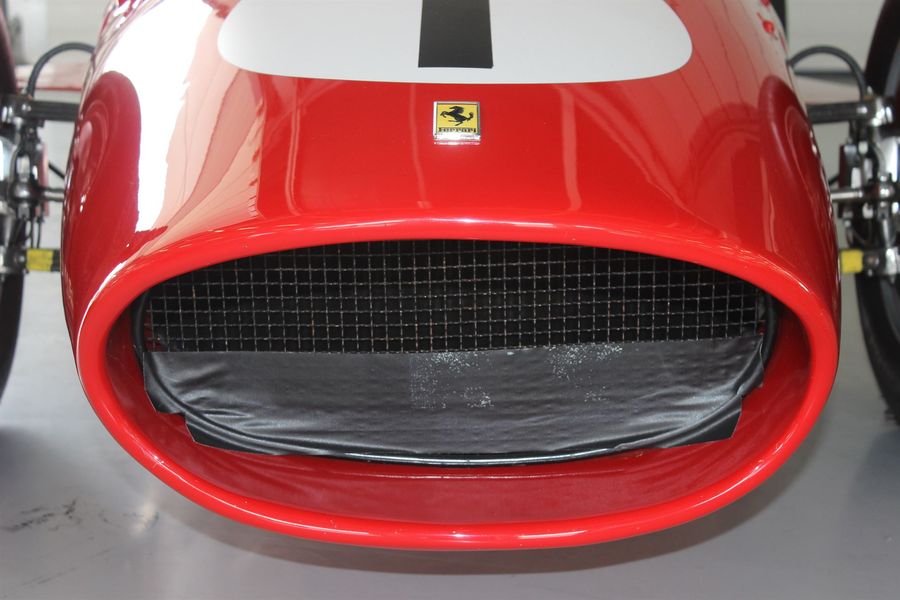 Any racing Ferrari is a head-turner, so when we saw this example in the pit garages at lat week’s Silverstone Classic Media Day we took the opportunity to spend a few minutes taking in the lovely shape that is the 246 Dino.

In 1958 Ferrari’s 246 Dino took Mike Hawthorn to the Formula One world championship, the pretty Italian racer holding off Stiling Moss’ Vanwall for the driver’s title but lowing out to the British marque for the first-ever Constructors’ title.

The Dino tag was due to its 2.4 litre V6 engine, which was developed from the 1.5 litre V6 developed for the reintroduction of Formula Two and originally designed with input from Enzo Ferrari’s ailing son Aldredo - or ‘Dino’ as he was known to the family. This engine was potent in F2 guise, developing around 120bhp per litre against 93bhp per litre for the best engines from Climax or Lotus, and when a change in Formula One rules for 1958 banned fuels containing alcohol, Ferrari already had a proven engine they could scale up for the season ahead.

Through the winter ahead of the 1958 season the cars were developed with the multi-tubular lattice construction lightened with a small gauge tube used which was lighter than than the original design which featured differing sized tubes - the ‘small-tube’ cars.

The Ferraris only won two championship Grand Prix that season, Hawthorn taking the French Grand Prix at Reims in July, with Peter Collins winning at Silverstone two weekends later.  Hawthorn’s win was tainted with tragedy as team-mate Luigi Musso was killed in the French race.

Worse was to come in the next race as Collins crash fatally when trying to go past the Vanwall of Tony Brooks at the Nurburgring- the third person to lose their life in a Dino, Ferrari engineer Andrea Fraschetti being killed testing at Modena.

With the car slipping off the pace as the 1958 season progressed Hawthorn was adamant that the car needed disc brakes and a set was taken from Collins’ 250GT road car and he was second at Monza despite clutch clip, aided by new team-mate Phil Hill easing off late in the race.

Second place behind Moss at the season-ending Moroccan GP was enough to give Hawthorn the title, despite only having one win too the Moss’s four.

The 246s were used though the next two seasons, being updated with larger Fantuzzi-made bodywork with bit-tube frames,coil-spring rear ends and Dunlop disc brakes. Tony Brooks won two races in 1959 and was a title challenger into the last race.

For 1960 the cars were lightened and had the engine angles the opposite way in the the chassis frame and has side-mounted pannier fuel tanks (see our pictures) - but by then the rear-engined cars were setting the pace and the 246’s days were slipping away.

Video: Feast Your Eyes on a Fantastic Ferrari!