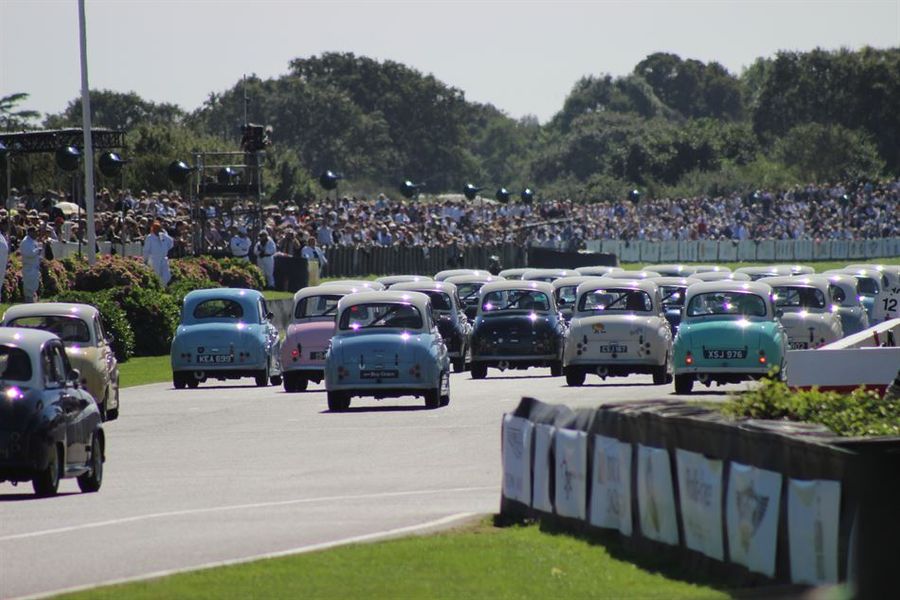 The 2016 International Historic Motoring Awards, in association with Octane magazine and EFG private bank, were announced last night at a gala evening at London’s Guildhall with an audience from around the world gathered to see the winners announced. With an esteemed panel of judges that included former World Sportscar Champions and Le Mans winners Derek Bell and Jochen Mass, the awards rightly reflected endeavour and excellence in their respective categories.
For the first time the Lifetime Achievement award went to a venue rather than a person as the Bonneville Salt Flats were honoured for over 100-years of the pursuit of speed dat the unique Utah location.
“For over a century the Bonneville Salt Flats have been the scene of innumerable speed record attempts,” explained Geoff Love, Publishing Director at Octane. “We all know of the successes there of Sir Malcolm Campbell, George Eyston, John Cobb and Al Teague for example, but everybody from car and tyre manufacturers to college students with trucks powered by used vegetable oil have travelled to this vast expanse of land to try to set their own records.  I can think of no other place that has inspired so many people to such a level, and this award goes to the place itself and to all of those enthusiasts who have endeavoured to take a minute, a second or a fraction of a second off a speed record there.”
Awards of note went to historic restorers Crosthwaite and Gardiner, renowned for thieir mix of traditional craftsmanship with modern manufacturing methods who claimed Specialist of the Year, while Bicester Heritage, who have worked so hard to make the Oxfordshire site a hub for historic car businesses claimed the Industry Supporter of the Year crown. Race Series of the Year went to the innovative HRDC ‘Academy’ Series which has gone from strength to strength an provided two feature races at this year’s Goodwood Revival and will also be a key element of the 2017 Silverstone Classic, the crowd pleasing little Austins never failing to provide a great race.
Peter Auto’s Le Mans Classic claimed the Motorsport Event of the Year, a fine reward for the way the French event, which introduced the concept of 2-hour historic racing has grown to a finely carried weekend of classic racing and motoring. Restoration of the Year went to RK Motors from Charlotte in North Carolina for their meticulous work to bring GT40 P/1046, the winning car from the 1966 Le Mans race, back to pristine condition.
International Historic Motoring Awards - 2016 Winners:
Car of the Year (sponsored by Octane)
Pegaso Z-102 Berlinetta ENASA Cúpula
Club of the Year (sponsored by Footman James)
De Dion Bouton Club UK
Industry Supporter of the Year
Bicester Heritage
Motoring Event of the Year (sponsored by EFG)
Amelia Island Concours d'Elegance
Motorsport Event of the Year
Le Mans Classic (Peter Auto)
Museum or Collection of the Year
Petersen Automotive Museum
Personal Achievement of the Year (sponsored by the Historic Endurance Rallying Organisation)
Peter Mullin (Mullin Automotive Museum)
Publication of the Year (sponsored by Hortons Books)
Porsche 917 Archive & Works Layout 968-75, by Walter Naher
Race Series of the Year (sponsored by Lister)
HRDC ‘Academy’ Series
Rally or Tour of the Year (sponsored by Historic Motorsport International)
Bonhams London to Brighton Veteran Car Run
Restoration of the Year
Ford GT40 P/1046  - RK Motors Charlotte/Rare Drive
Specialist of the Year
Crosthwaite & Gardiner
International Motorsport Awards